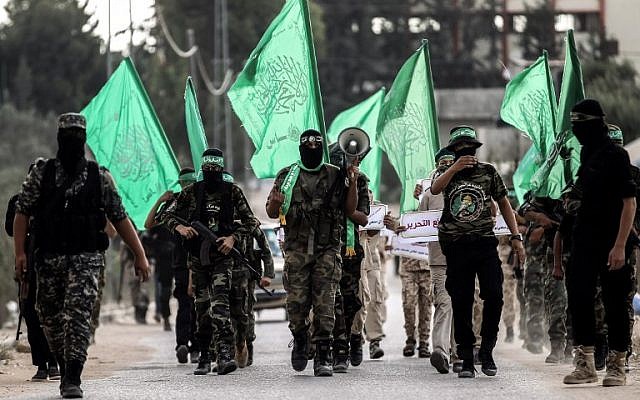 In a stunning abuse of America’s open civil society, a so-called human rights group with apparent ties to a Palestinian terror organization was able to get a bill placed on the Congressional agenda. The bill in question is H.R. 4391 and is titled the “Promoting Human Rights by Ending Israeli Military Detention of Palestinian Children Act.”

The submission of this bill demonstrates a troubling new reality: The anti-Israel witch trials that have dominated the national assemblies of liberal Protestant churches for the past two decades have made their way to Congress.

The bill, submitted by US Rep. Betty McCollum (D-MN), would ostensibly have the US government pressure the Jewish state to improve its treatment of Palestinian children in Israeli jails. The bill makes no reference to child abuse perpetrated by the Palestinian Authority in its own jails in the West Bank, nor does it condemn Hamas, which has used children as human shields and has allowed for the use of child labor in the digging of tunnels between the Gaza Strip and Egypt. Children have died as a result of these policies, a fact ignored in the bill. 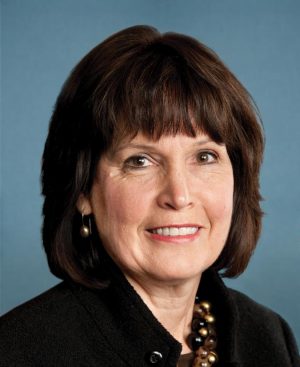 The bill’s preamble also omits any references to rock and bomb-throwing throwing attacks that precipitate the arrests of Palestinian teenagers and makes no reference to Israeli efforts to reduce dangerous nighttime confrontations in the West Bank by asking parents to bring their children in for questioning. Israel started making these requests in response to criticism from UNICEF, but the effort largely failed because of lack of cooperation from Palestinian parents. Again, none of this made its way into the bill’s preamble.

All these omissions — which help to obscure Israel’s efforts to pursue competing values of security and the rights of Palestinian children — should come as no surprise because, as NGO Monitor documented, the bill is based, in large part, on propagandistic language and narrative put forth by the Palestinian chapter of Defense of Children International (DCI-P) headquartered in the West Bank, which is under the control of the Palestinian Authority.

Anyone who mistakes the Palestinian chapter of Defense of Children International as a legitimate human rights organization is, simply put, a fool. As most close observers of the Arab-Israeli conflict understand, DCI-P is not a genuine civil society institution that can promote social and political change in the West Bank, but is a captured institution that does the bidding of the thugs and thieves who control the Palestinian Authority.

DCI-P is not free to condemn Palestinian leaders or policies to the same extent that Israeli organizations such as B’Tselem and Rabbis for Human Rights can criticize the policies of the Jewish state. Any information offered by DCI-P is by definition, propaganda intended to serve the PA’s interests. DCI-P and other groups like it in the West Bank do not use the principles of human rights as a yardstick to assess the misdeeds of Palestinian leaders, but as a weapon to attack Israel’s legitimacy.

To make matters worse, a number of leaders of the DCI-P are, according to NGO Monitor, alleged members of the Popular Front for the Liberation of Palestine (PFLP). The PFLP is a terror organization responsible for the deaths of dozens of Israelis and which perpetrated the murder of Leon Klinghoffer on board the Achille Lauro in 1985.

At worst, the ultimate source of H.R. 4391 is an organization whose leaders belong to an organization guilty of murder and at best, the bill’s ultimate source is a front organization that does the bidding of the Palestinian Authority whose illegitimate leaders steal money from the international community and pay salaries to terrorists responsible for the deaths of Israeli civilians. These same leaders promote genocidal antisemitism against Israel in a shameless attempt to buttress their dwindling credibility in the minds of rank-and-file Palestinians.

To be sure, there were some intermediate steps between the propaganda put forth by the DCI-P and the submission of H.R. 4391. DCI-P’s dishonest narrative was given a patina of legitimacy this past summer when the national assemblies of two liberal Protestant churches — the United Church of Christ and the Disciples of Christ — passed resolutions based on the group’s propaganda.

In one horrifying moment at the UCC’s General Synod, three teenagers approached the microphone and acted as puppets for the DCI-P. A youth delegate, condemned the amount of aid sent to Israel by the United States and asked, “How can we be paying an incredibly high amount of tax dollars to a country that values the torturous interrogation of children?” (To see the three minutes of hate offered by the youthful members of the United Church of Christ, click here. Not for the faint of heart.)

After witnessing this blood libel, the moderator presiding over the witch trial proceedings at the UCC Synod declared approvingly that the youths’ testimony gave her “goose-bumps.”

The American Jewish Committee condemned the resolution in a statement the day after it was approved by the UCC’s General Synod declaring, “The UCC resolution ignores the facts that Palestinian leaders continue to support violence against Israelis, regularly demonize Israel, and encourage children through textbooks and paramilitary camps toward violence against Israelis. Tellingly, the resolution fails to recognize Israel’s right to defend itself against Palestinian terrorism and incitement of their children.” If it wanted to, the AJC could issue the same statement, word-for-word, in response to H.R. 4391.

The bill has been assigned to the House Foreign Affairs Committee, currently chaired by US Rep Ed Royce, a strong supporter of Israel whose father, a soldier in Patton’s army, took pictures at Dachau death camp when it was liberated in 1945. Consequently, the bill has little, if any, chance of making it out of committee.

Passage of the bill is not the point, however. Its mere submission onto the Congressional agenda has provoked another round anti-Israel activism from groups like Churches for Middle East Peace and Sabeel Ecumenical Liberation Theology Center which have sent out alerts calling on their supporters to support passage of the bill.

Predictably, both the UCC and the Disciples of Christ — whose national assemblies have become the regular scene of anti-Israel witch-trials — have also come out in support of H.R. 4391, as have a number of other Christian organizations that have colluded with the DCI-P’s efforts to defame the Jewish state in American civil society.

The rights of Israeli and Palestinian children need to be protected, but not like this.