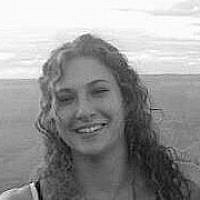 The Blogs
Sarah S. Goldstein
Apply for a Blog
Please note that the posts on The Blogs are contributed by third parties. The opinions, facts and any media content in them are presented solely by the authors, and neither The Times of Israel nor its partners assume any responsibility for them. Please contact us in case of abuse. In case of abuse,
Report this post.

1988: The first International Jewish Feminist Conference took place in Jerusalem and seventy Jewish women reading from Torah, decided to pray at the Kotel. To no surprise, they were met with much resistance. Since then Women of the Wall have continued to fight for the right to pray at this holiest of sites with the holiest of texts.

2013: My first trip to Israel, my first trip to the Kotel. As I touched the wall I thought about all of the women, my ancestors, who had prayed here before me. It occurred to me that they understood me on a deeper level than some of the living people I know. They all struggled with religion versus modernity, womanhood amid patriarchy, Judaism in a Non-Jewish world. The intersects of their identity were the same as mine are. This might sound like a contradiction, wanting to be separated by gender and being a Jewish feminist, but I needed to touch the wall where their hands had touched, not the hands of Jewish men. In Temple, I am anti-separation, at the Kotel pro-separation. However, I want the best of both worlds.

I stand by Women of the Wall having the right to pray with Torah at the Kotel. To paraphrase Eliahu Schochetman, the reason woman can’t have Torah at the holy site is because, it arrogant not because is wrong, according to Jewish law. Rabbi Meir Yehuda Getz is quotes saying “there is nothing halakhically, legally prohibited except for the fact that it is a custom”. (Both of these quotes can be found in the book Women of the Wall page 367).

I understand emotions run high over this issue. I understand customs surrounding prayer have deep rooted meanings. I understand I am seemingly contradicting myself by enjoying gender separation at the Kotel and wanting to pray with Torah at the same location.

I am asking people to understand that I like all women, am I person: I am allowed to be full of contradictions. Oversimplifying the discussion of women and the Western Wall by taking a Yes or No stance without unpacking the complexities is also anti-feminist because it makes us one-dimensional people. I don’t know the answer to this dispute. All I propose respectfully is adding to the discourse taking place and addressing the full complexities of the grey areas in which some of us fall.

About the Author
Sarah is passionate about LGBTQ and feminist Jewish movements. She has spent time studying these topics throughout her undergraduate studies. Sarah first went to Israel on Taglit a year ago. Since then she has been interning for Birthright to help Jewish youth explore how they connect to Israel with their individual identities.
Related Topics
Related Posts
Comments