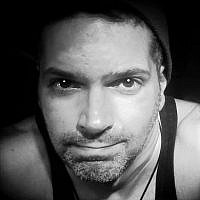 “Here in Hungary, your kids would always be wonder bugs. No matter what school you’d choose for them,” said Rabbi Darvas to me when I first spoke to him about our aliyah plans. “In Israel they will be perfectly normal.”

Csodabogár is a Hungarian expression. You may pronounce it somehow like this: tshodobogar. It means wonder bug. In Hungary, they mostly call you a wonder bug in a degrading sense when your main goal in life is not fitting in.

My kids were wonder bugs in Hungary. Just like their parents, Judit and me.

Our parents couldn’t handle our wonder bugnesses. They grew up in a so-called socialist dictatorship. Their main goal in life was to stay under the radar. They were not always successful while trying to reach this goal, but, altogether, they’ve become and remained invisible through their lives. Despite the fact that in their own unique ways, all four of them were wonder bugs themselves.

Judit and I didn’t want our kids to lose their wings. We didn’t teach them how to stay under the radar.

When we moved to the Southern Negev, I realized that Rabbi Darvas had been right. My kids are perfectly normal in the land of wonder bugs.

Regardless what the actual expression is.

I knew the word balagan in Budapest. I knew that in modern Hebrew, it refers to a chaotic situation. But it seemed just an overromanticized and overhyped Israeli phenomenon for me. Not reality.

Since we set out to become desert people, it has changed completely. Since then, we’ve been eating balagan for breakfast. And I understood that our kids are not wonder bugs anymore. They are balaganists. Pains in the ass. Because normally, they are at hand when chaos is about to explode.

And I also understood that here in the desert, parents and grandparents are proud to say that their offspring are balaganists. That they are tougher, less formal, and more turbulent than their fellow children in Europe or North America.

And last but not least, I understood that leading a balaganist lifestyle is not without purpose. Or responsibility.

Because the fate of the world depends on us.

Because there is no harmony in the world.

The world is a balagan itself.

The world is the Southern Negev. On a large scale.

To make it a better place, to make it a little less chaotic, we need balaganists.

Experts, who are in an intimate relationship with chaos.

Experts, who can operate outside the Comfort Zone.

Obviously, not all of the balaganists will make the world a better place.

Both Hitler and Gandhi challenged the status quo. Both of them were tougher, less formal, and more turbulent than their environment.

But only one of them made the world a better place.

I hope my kids will pick up not only a balaganist lifestyle in the desert, but find a Gandhi-ish way.

Or a Carrie Mathison-ish way.

Or Hannah Szenes-ish, now that we are in Israel.

About the Author
Barukh is a Hungarian-Israeli poet. He and his family have started a new life in the desert. He writes therapeutic free poems about soul, home and world peace. Barukh is me.
Related Topics
Related Posts
Comments