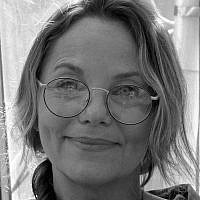 The Blogs
Nancy Cohen
Apply for a Blog
Advertisement
Please note that the posts on The Blogs are contributed by third parties. The opinions, facts and any media content in them are presented solely by the authors, and neither The Times of Israel nor its partners assume any responsibility for them. Please contact us in case of abuse. In case of abuse,
Report this post.

Woodstock: A Snapshot in Time. (courtesy)

Imagine a Lollapalooza-like event of Biblical Times. Charismatic Moses shleps his people out of the desert…finally free from the shackles of slavery. What do people do when given the first breath of freedom? They party…and party they did. Apparently, they partied too much and with graven mages. Moses who had been dutifully receiving ethical instructions from Yahweh was enraged with this pagan behavior and shut the whole thing down. The first known incident of cancel culture.

The American summer of 1969 had many of the same elements. Young people freed up from the conformity of the fifties, rebellious expressions regarding military slavery for a wrong war, and manna from heaven, otherwise, known as the best marijuana east of Berkeley. All this along with the greatest rock and roll musicians of the time made for another iconic freedom moment …The Woodstock Festival.

For this event, there was no one leader; Michael Lang initiated along with the help of Artie Kornfeld, Joel Rosenman and John P. Roberts.

Each had a particular role; some more involved with the finances of the show. Their hope was that it could be profitable and would run for years. People already know as much about the history of the makings of Woodstock as they do the saga of 40 days in the desert, and I’m sure that Michael Lang, who is no longer with us, would say it was almost as complicated as guiding a bunch of ex slaves to the Promised Land.

This summer I’m releasing to festivals a small essay doc, Woodstock: A Snapshot in Time. The film is about my experience on going back to ‘The Garden’, with an eye on re-creating the same feelings I had experienced there as a young woman. This time I take along Andy, a Brit who had missed the whole mishigas by at least a generation. He had come up with an idea to make a film for British TV on the alumni of the festival and that’s how we found one other.

As someone who still feels that those three days imbedded a value in me, I did not think it would be possible to recreate the joy I experienced there. In many ways the whole thing was a terrific accident. Still, Andy was gung-ho to give it a try and I liked his accent.

In the film we interview philosopher-types, some political like Gloria Steinem, and others like Walter, my building’s super, who deeply believed that the time had come when we would all understand that we are really one.

For Kabbalist Rabbi Mayer Fund, the Woodstock generation was about everything that’s good in life… the music, the energy, and the people. Spoiler alert: His radical theory on who the Sixties generation really was is worth the price of admission alone.

As this is a piece of American cultural history, we asked the great Ken Burns’ narrator Peter (nee Cohan) Coyote to introduce the film. He is followed by the, brilliant late filmmaker Robert Downey, Sr. who was one of those folks “who almost got there.’

So, what’s Jewish about the film besides the three protagonists, Andy Lee, Howard Katzman and Nancy Cohen struggling to put up a tent and light a fire? I think it’s about the search…not for the Mashiach, but for the dream of finding a peaceful community; the revised garden of Eden where knowledge and compassion dwell in the same patch. Where we take care of each other and the earth together through peaceful actions.

In 1969 Max Yasgur leased his beautiful property in Bethel for what has now become a semi- sacred site. He must have understood something deep in his farmer’s soul when he made what must have been considered a questionable business decision. Afterward, when the festival was over, he simply said, “I think you people have proven something to the world.” And we did…and we can.

About the Author
Nancy Cohen-koan works in several mediums. Her film on Jewish dissident Abbie Hoffman, My Dinner with Abbie started her in quirky docs, producing two films for UK Channel 4 including Malcolm McLaren – Not 4 Sale. Woodstock: A Snapshot in Time is now on the festival circuit and won best feature doc in the Red Moon Film International Film Festival. Something About John (Lennon) is slated for 2022. As a visual artist, her work has been shown in New York galleries. She has a photograph in the MOMA collection and gifted Charles Saatchi with a portrait made of paint and candy. She is a poet and essayist and her latest short play The Best is Yet to Come (or else) was showcased by Equity Library Theatre in New York City. She is completing a musical PSA against guns with Stew Nachamais and a musical puppet series on climate change with Dave Ogrin for Tik Tok. She is a member of the Hadassah New York Metro Region.
Related Topics
Related Posts