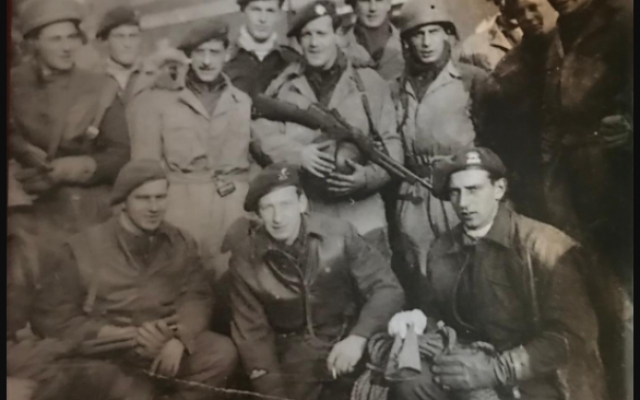 The troop’s commandos were Jewish refugees whose families the Third Reich expelled or murdered. Prior to the rise of Hitler, life was good for the Jews of Germany and Austria. But the growth and support of Nazism marked the beginning of the industrialized genocide of the Jews of Europe. Those who were fortunate to escape to England were viewed with suspicion and designated as ‘enemy aliens’ and summarily remanded to internment camps. As their numbers became overwhelming, the British eventually ferried them off to Australia, since America was not an option, as she slammed her doors shut to them.

There are interesting surprises in the book such as the involvement of Ian Fleming, the personal assistant to the director of naval Intelligence, and creator of James Bond and a brief stopover at a military facility by Clark Gable. Another interesting bit of history became known about Miriam Rothschild, the British born daughter of the famous banking family, who served the crown as a codebreaker in Bletchley Park. She eventually married X Troop commando Lt. George Lane. Another commando Manfred Gans, whose nom de guerre was Fred Gray, because he was an Orthodox Jew, faced extraordinary challenges in his observance of Shabbat, Kashrut, Festivals, and High Holy Days. His silent oath was that he would do his best to comport with his religious practices, but without “blowing his cover.”

The covert actions of X Troop on the beaches of Normandy, the battlefields of Holland and Italy were of immeasurable help to the allies’ war effort. The book contains photographs of the commandos as well as startling visuals of their landings on Sword Beach during the invasion of Normandy. Tragically, their exploits did not completely escape the casualties of war.

The unconditional surrender of Germany, celebrated as VE Day, Victory in Europe Day, marked the end of the war for the X Troopers and the beginning of their search for the remnants of family members who may have survived the war. The air was rife with rumors of death camps which engaged in the systematic murder of millions of men, women, and children by so-called civilized Germans, Austrians, and their all too willing accomplices. Ironically, the most educated and cultured Europeans turned out to be the most barbaric people to have walked the earth.

For the survivors of the death-camps, the idea of exacting revenge was out of the question, as one survivor explained, “We can never get adequate revenge for this, because we can’t be that cruel.” However, after the war, the surviving X Troopers played crucial roles in hunting down Nazis, interrogating them and preparing documents used in their conviction during the Nuremberg trials.

Of the eighty-seven commandos twenty died in battle. Because the commandos trained in Aberdyfi, Wales, the town council erected a slate monolith in appreciation X Troop’s wartime efforts. Unfortunately, the wording on the inscriptions carved into the commemorative became a subject of controversy. Despite the fact that ninety-five percent of X Troop’s  commandos were Jewish, the town council decided not to mention it on the memorials. The controversy did not end there. The Jewish X Troopers that lost their lives in battle, lie buried under a cross and those that survived, denied citizenship. This reviewer echoes the author Leah Garret’s expressed hopes that, “Perhaps the publication of this book will encourage the council to revisit its position” and bestow upon the X Troopers the honor and respect they have so richly earned.