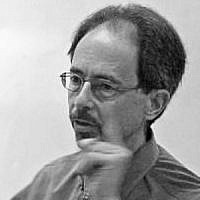 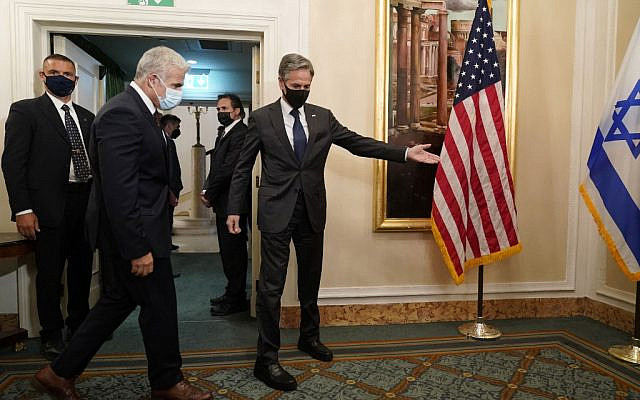 Israeli Foreign Minister Yair Lapid, meeting with US Secretary of State Antony Blinken a week ago, said, “In the past few years, mistakes were made. Israel’s bipartisan standing was hurt. We will fix those mistakes together.… We want the same things; we sometimes disagree about how to achieve them.”

Lapid argle-bargles by asserting Jerusalem and Washington can restore unraveling bipartisan US support for Israel supposedly caused by Trump and Netanyahu. In fact, the unraveling, accelerating among Democrats, predates Republican Trump and Likud Party leader Netanyahu.

Well before Trump won in 2016, a veteran pro-Israel lobbyist — a man who played a key role in pushing US resupply of Israel during the 1973 Yom Kippur War — told this writer about his Dirty Dozen. These were the 12 members of Congress with the worst records on close US-Israel ties.

Into the 1980s, he said, Republicans predominated. But by the 21st century, the proportion had reversed, with Democrats composing more of the Terrible 12. Three case studies help illustrate the trend:

By 2006, Lieberman’s position in the Democratic Party had become untenable. Dumped in the primary, he won his fourth and last Senate term as an independent.

*In 2012, Los Angeles mayor Antonio Villaraigosa chaired the Democratic Party’s national convention. After Republicans bashed Democratic delegates for dropping mentions of God and of Jerusalem as Israel’s capital from the party platform — they had been included in 2008 — Villaraigosa called for their restoration by voice vote. At which point, ABC News reported, the half-full hall burst into chaos.

If not a clear “no,” the first vote was ambiguous. The “ayes” did not plainly have the two-thirds necessary to amend the platform on the second vote, either. Villaraigosa tried a third time, and when he brought his gavel down to declare the platform amended, “loud boos erupted across the arena.”

*In 2016, Bernie Sanders (I-Vt.), the anti-Joe Lieberman among Jews recently in the US Senate, narrowly lost the Democratic Party’s presidential nomination to former secretary of state Hillary Clinton. Sanders invited Paul Bustinduy, a leader of Spain’s left-wing, antisemitic Podemos Party, to be one of his special guests at the convention.

In 2017, and again in 2019, Sanders campaigned for Jeremy Corbyn for British prime minister. Corbyn had hosted members of the terrorist Hamas organization to tea at Parliament, invited representatives of the Iranian-backed Lebanese Hezbollah to come too, and through Labour’s overwhelming defeat two years ago, presided over an increasingly anti-Israel, anti-Jewish party.

With Corbyn leading Labour in 2019’s general elections, Ephraim Mirvis, Britain’s chief rabbi, took the unprecedented step of warning that the party’s antisemitism problem means the “very soul of our nation is at stake . . . Many members of the Jewish community can hardly believe that this is the same party that they proudly called their political home for more than a century.

A month earlier, Rabbi Ammiel Hirsch, senior rabbi at New York City’s Stephen Wise Free Synagogue and a leader in the US Reform Judaism movement, warned that “the crisis of antisemitism within the UK’s Labour Party began with intense anti-Israel animosity at the party’s margins. That anti-Zionism increasingly devolved into the downright antisemitism of the Labour Party itself.”

Hirsch added, without naming rising Democrats like Representatives Ilhan Omar, Rashida Tlaib (both of whom campaigned for Sanders in 2020), Alexandria Ocasio-Cortez, Jamaal Bowman, Cori Bush, Ayana Pressley, et al, that in America “the Democratic Party is increasingly tolerant of voices that are opposed to Israel’s existence. To allow this process to go unchecked will cause irreparable harm to the bilateral US-Israel relationship and to the Democratic Party itself.”

Lapid might believe his argle-bargle about restoring American bipartisanship over Israel. The rest of us should know better.

About the Author
Eric Rozenman is author of From Elvis to Trump, Eyewitness to the Unraveling; Co-Starring Richard Nixon, Andy Warhol, Bill Clinton, The Supremes and Barack Obama! to be published in September by Academica Press. He also authored Jews Make the Best Demons: 'Palestine' and the Jewish Question. He is former Washington director of CAMERA, the Committee for Accuracy in Middle East Reporting in America, and editor of B'nai B'rith's International Jewish Monthly magazine.
Related Topics
Related Posts
Comments
Advertisement