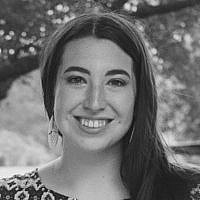 The Blogs
Emily Shrode
Hadassah Evolve Leadership Fellow
Apply for a Blog
Advertisement
Please note that the posts on The Blogs are contributed by third parties. The opinions, facts and any media content in them are presented solely by the authors, and neither The Times of Israel nor its partners assume any responsibility for them. Please contact us in case of abuse. In case of abuse,
Report this post. 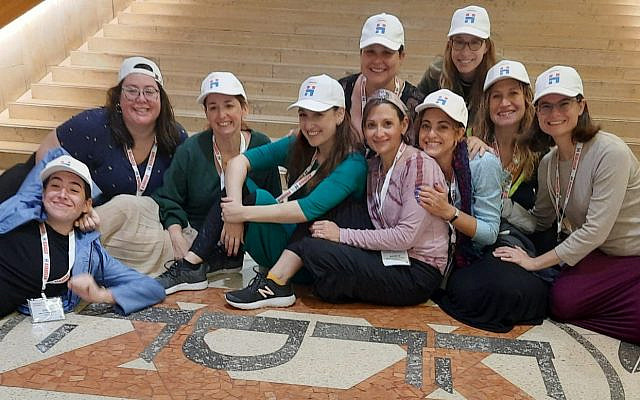 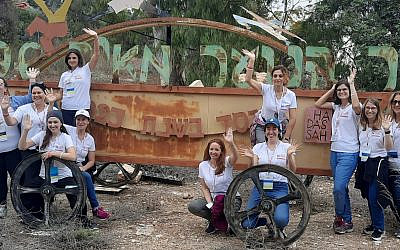 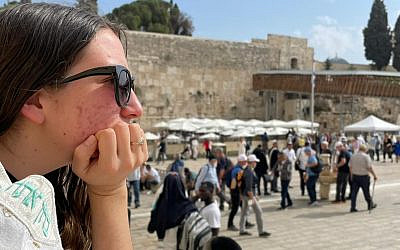 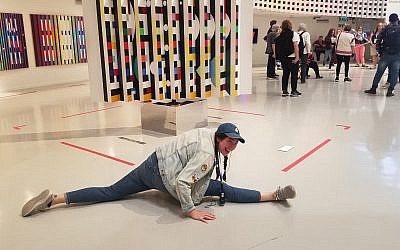 Before I left for my first trip to Israel, I was tasked by Hadassah, the organization that brought me to the Holy Land, to write about my experience I hope my account is both entertaining and thought-provoking.

There is so much pain in the world. Catastrophes happen and they can wipe out everything you’ve built your life toward. Innocent people lose their lives because of powerful people deciding to go to war. Then the people who loved the innocent suffer. And the people who made that choice likely don’t bat an eye. And sometimes, a choice you’ve made long into your past comes back to bite you. We all carry pain. And many of us (many monotheists, that is) carry that pain into the holy city of Jerusalem.

There is so much pain in the world. And I was no exception when it came to carrying pain with me into Jerusalem when I went for the first time in November. In my feet, I felt the pain of a thousand thoughts I never shared. In my chest, I carried the pain I felt when a man I loved laid his hands on me in anger. And deep in my chest his ungenerous words still echoed. But in my head existed a dull pain thinking of the responsibilities I left back at home.

I felt like I was doing everyone a disservice by leaving to tour Israel as part of Hadassah’s 100th national convention with the Evolve Leadership Fellows, a group of young Hadassah members from across the country who have been identified as future leaders of the organization. I cursed myself often before leaving for choosing to do something so seemingly frivolous. What do you even do during a convention? I only found out about Hadassah in January of this past year (2022)! I wasn’t even born Jewish! How in the world did I get selected to be one of the Evolve fellows? What in HaShem’s holy name am I even doing here?

I arrived in Jerusalem late on a Friday afternoon, just minutes before Shabbat started. I got there by way of Tel Aviv, where I had spent the last two days with the other nine Evolve leaders.

My first impression of Jerusalem was that it felt familiar. We welcomed in Shabbat with a local family who hosted us for dinner. We prayed the same prayers and ate the same food that I eat most Friday nights in Austin, Texas.

A deeper impression of Jerusalem came the next day. I heard of the holy city referred to as “Yerushalayim” many times before. For those who do not know, Yerushalayim is plural meaning “many Jerusalems” in Hebrew.

That Saturday, I really understood what that meant. The city is divided in so many ways. There is the Old City, surrounded by walls at least five hundred years young. And surrounding those walls lies the sprawl of the new contemporary city with comparatively modern buildings built into the surrounding mountains.

The Old City has its own divisions in the form of longstanding Muslim, Christian, Armenian and Jewish quarters (neighborhoods), named for the ethnic affiliation of most of the people who live in them. Standing at the Jaffa Gate just outside the Old City, I paused to observe the ornate detail carved into the stones of the city walls. I felt that life wouldn’t be the same once I went in. Merrily, I stepped forward. We traveled through narrow streets and found our way to the Kotel, the holiest site in Judaism. Many folks know it as the Western Wall or the Wailing Wall. It is the only part of the Second Temple that survived the Romans since 70 CE. I covered my head with a scarf then approached the holy site.

While I wish to keep the rest of my time at the Wall private, I am glad to share the things I saw at Hadassah’s 100th national convention! I and the other Evolve fellows toured the two hospitals comprising the Hadassah Medical Organization, Hadassah’s medical center in Jerusalem, as well as one of Hadassah’s two Youth Aliyah Villages, through which Hadassah provides wraparound care for at-risk Israeli teens and for young immigrants from places in the world where it is no longer safe to be a Jew.

As a group, we visited Meir Shfeya, one of the youth villages, and met teens both born in Israel and elsewhere. Since February of 2022, Hadassah has had the honor of hosting 60 teenaged Ukrainian refugees who fled their homes in the outbreak of war. Eight months into their new lives, the Ukrainian teens were all smiles, showing us their new homes with their new friends.

All the students were genuinely such a pleasure to hang out with. It was my favorite time during our convention, getting to tour the classrooms, the synagogue, and the stables where horses provide much-needed equine-therapy for everyone! Our time in Meir Shfeya was unfortunately too short and we couldn’t tour the dorms in the village. Apparently, the students spent the whole week cleaning their rooms and they were very much letdown by this!

The first Hadassah hospital we visited was located on Mount Scopus. The entrance to the facility has a seal on the floor that was original to the first days of the hospital in 1934. How incredible that it survived the years that Hadassah Hospital Mount Scopus was abandoned during Jordan’s occupation of East Jerusalem that ended in 1967. Looking upon that seal, I learned that losing something does not mean that it is gone forever. So, keep the hope and remain courageous!

I carried that thought with me to Hadassah’s other hospital, Hadassah Hospital Ein Kerem. Before my trip, I considered hospitals to be epicenters of tragedies. But touring the welcoming environments of Mount Scopus and Ein Kerem, I began to see these hospitals as places of miracles. The work our doctors do is innovative beyond imagination! I wish I had more space to explain incredible medical breakthroughs like organoids. Running a medical organization is so stressful. But knowing that Hadassah treats a million patients from all backgrounds every year makes the challenges. So. Damn. Worth. It.

On November 23rd, two busses in Jerusalem were attacked by terrorists. The wounded were taken to Hadassah’s hospitals to be treated for the effects of the shrapnel. It was dizzying to think that it was the doctors I had just seen the week before treating the wounds in the hospital in the same hallways I had just walked through.

There is so much pain in the world. But it is important that you keep your chin up. If we let our hearts fall, then evil can lift its ugly head higher. There is good in the world! And we can find it and be part of it. I knew that before my trip, and I know it more than ever now. Almost every local I met along my journey had a story to tell about Hadassah helping save someone that they loved. Hadassah is a beacon of hope for so many people around the world. In so many ways. For so many reasons. By being part of Hadassah, I have the agency to support talented people and together we help heal the atrocities in the world.

I had every anxiety about leaving on this trip. I didn’t think that I was ready. Yet, I realize now that this was a journey I needed to go on. Jerusalem is truly a place of miracles. I still struggle with my Jewish identity. Are my thoughts and actions my own? Or do I see the world through someone else’s eyes? Where can my love for G-d meet my love for my family who are all Christian? Much like how there are many Jerusalems (hence, Yerushalayim), there are many different sides to who we are. I feel like I have been many people in my life. What I brought back from Jerusalem was this: I am exactly what G-d needs me to be.

PS: Fun fact: This photo at the top of the page of the Hadassah Evolve Young Women’s Leadership Fellowship at Hadassah Hospital Mt. Scopus also made it into the Jerusalem Post!

For videos and photo of Hadassah’s 100th Convention in Israel, please visit this link.

About the Author
Hadassah's Evolve Leadership Fellow Emily Shrode brings fresh eyes to the organization, now beginning its 113th year. On the local level, Emily serves on the board of Hadassah's chapter in Austin, Texas, where she currently resides. For Emily, Hadassah is a means of spreading hope and healing the world. She hopes to share her passion for the mission of Hadassah with others throughout her continued involvement in the organization. As a community builder, Emily sees value in what Hadassah does on the local level by providing a space for women to grow meaningful connections with one another.
Related Topics
Related Posts
Emily Shrode