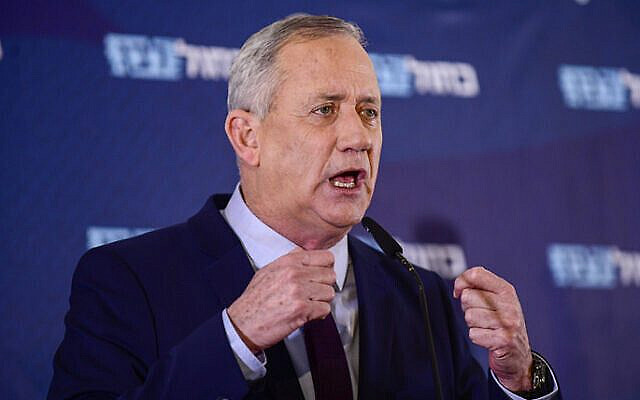 Israel finds itself at one of those junctures where what is needed is a clear understanding of which way lies the least bad option. Many people are not built for this situation: they complain that the option is bad. And so indeed it is – but it is the least bad. Leaders need to see what is the essence at such unfortunate times – and it looks like Benny Gantz finally does.

My choice for the least bad option is a Blue and White government backed by Avigdor Liberman and the Joint Arab List, with the 62-seat majority it would “enjoy.” If both of these players showed maturity, and there are cautious signals this actually might occur, then this scenario will arise.

Sadly, such a government will not be able to genuinely resume the peace process with the Palestinians. Liberman will not allow it, so this will have to wait. But it can make tremendous leaps forward nonetheless:

Obviously, all this would be dangerous. The current right wing, all over the world, is simply not willing to lose with good grace, or even a modicum of sporting. In the particular and sad case of Israel, Netanyahu has led many of his fans to believe, with incredible infantility, that he is responsible for all that is good in the country, and that his downfall will be a disaster. Furthermore, he is currently engaged in delegitimizing the votes of the Arabs – and the government that may be formed with their assistance. If his Likud cronies do not show him the door (and in their spineless condition there is a good chance they won’t) he will raise hell from the opposition and be more than willing to burn down the house.

Expect much discussion of how the Joint List is full of “terrorism supporters,” which is what Likud will claim. Understand that the century-old Jewish-Arab conflict over the Holy Land makes this issue complicated and nuanced. There are some people there who indeed are too forgiving for comfort of violence, but the mainstream of the Joint List is comprised of people who want to get past the past. There is tremendous value to grasping their outstretched hand.

A fourth election (which will change nothing), a unity government with Netanyahu (which will destroy hope and spread cynicism), or a right-wing government based on deserters from the center-left (which will devastate Israeli democracy) are all worse options.

Obviously, it would be better if Blue and White together with Labour had won 61 seats. Such a government would have seriously renewed the peace process and endeavored to separate from the Palestinians. Perhaps, if the “minority government” did all of the above, then one day such an outcome might arrive.

It’s not inconceivable, because there will be ancillary political effects.

Implementation of the above agenda will highlight and harden the break between the secular right and the ultra-Orthodox. This rift explains Lieberman’s abandonment of Netanyahu (his Russian base could no longer bear the situation) and that is ultimately the development that (perhaps) enables Netanyahu’s overdue retirement.

It will ensure the Arab citizens vote in even greater numbers next time. Their full potential is well over 20 seats.

And it will give the center-left invaluable achievements that will give people a reason to vote in the next election.

Which, of course, could come soon.