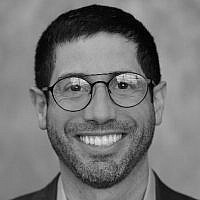 The Blogs
Elad Mayer
Apply for a Blog
Please note that the posts on The Blogs are contributed by third parties. The opinions, facts and any media content in them are presented solely by the authors, and neither The Times of Israel nor its partners assume any responsibility for them. Please contact us in case of abuse. In case of abuse,
Report this post.

As many as 1 million Israelis live abroad today. They often cluster together in locations like New York, Berlin, and Sydney. Many of these locales feature large and well-organized Jewish communities. Despite that, the connection between the Jewish community and expat Israelis is in many cases tenuous at best.

Differences explain much of the disconnection between the two. Differing backgrounds and disparate knowledge complicate what might otherwise serve as a common denominator. And wide cultural and language gaps often leave the two groups struggling for a common vernacular.

The effects of this are well-known and equally damaging for both sides. Local Israelis – far from familiar frameworks for Jewish life – struggle to connect with, grow, and pass on their Jewish identities to their children and grandchildren. And local Jewish communities, who could benefit from an infusion of new blood and the rich diversity Israelis bring, don’t flourish in the same way they would if they could incorporate their Israeli neighbors.

Every day is the right day for bridges to be built between Jewish communities and their local Israeli brothers and sisters.

On Yom HaAtzmaut, Jews abroad see Israel as a source of pride, a place of refuge, and an exemplary amalgam of high-tech smarts and gutsy bravado. They mark the date with birthday cake (Happy 73rd!), parties, and community-wide events. The pure joy of Israel’s birth is observed with the rituals most associated with beloved family and friends growing older by another year. 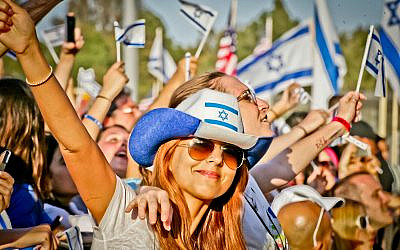 Israelis, wherever they may be found today, mirror many of the feelings of their non-Israeli brethren. But the emotion is more visceral and fundamental, cemented through sacrifices made by them or family and friends – and having themselves lived in a land which is wholly swept up in this annual celebration. Some Israeli commemorations call on pomp and circumstance such as the national ceremony on Mount Herzl marking the closure of Yom HaZikaron and the beginning of Yom HaAtzmaut. But, in typical Israeli fashion, there is also a great deal of familiarity, with barbeques and picnics punctuated by the sounds of children playing and Israeli folk music.

Now picture what a celebration in a Jewish community which fully incorporated both these populations and traditions would look like. The Jewish community would be infused with the authenticity and grounding of Israelis who have a tradition of marking independence in the rich and robust way it is in the land where it happened. And the local Israelis, who might find themselves feeling strangely in the minority, can revel in the spirit and community-wide coming together of the Jewish community.

Yom HaAtzmaut can be a day when Jews abroad and their expat Israeli neighbors – two communities who often live side-by-side but struggle to feel at home together – find that their innate differences are not only truly a strength and a potential source for a richer community life just one day, but throughout the year.

Let us take the sacred and the fun of our annual Israeli Independence Day traditions and bring them together. Jewish communities, seek out your Israeli neighbors and make them a welcome and vital part of your festivities. Israelis abroad, reach out to your local Jewish community and bridge the gaps that remain. This will undoubtedly yield a richer experience for all involved, and serve to bring the communities closer together throughout the year.

Besides, who doesn’t want a piece of cake at their barbeque?

About the Author
Elad Mayer is the Director of Israeli Abroad, an initiative of Mosaic United which seeds and strengthens organic communities of Israelis overseas, connecting them with resources, educational experiences, and their broader local Jewish communities. Elad was Head of Delegation for Scandinavian countries at the Jewish Agency, a founder of Simcha LaYeled and the 929 Project, and has held senior positions at KKL-JNF and the WZO. Elad earned a BA from Herzog College and an MA in American Jewish Studies from Haifa University.
Related Topics
Related Posts
Comments