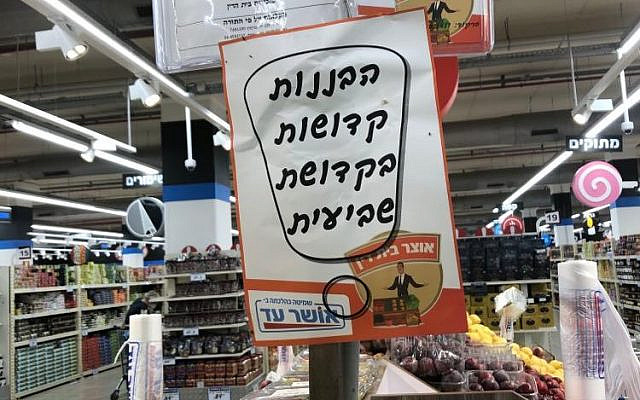 In Parshat Vayeshev (Breisheet 37:7), Yosef recounts his dream to his brothers:

Behold, we were binding sheaves in the middle of the field. Behold my sheaf rose and stood up straight; and behold your sheaves surrounded it and prostrated themselves to my sheaf.

Why is Yosef dreaming about sheaves?

We also dream about sheaves!

In Shir HaMa’alot (Psalm 126) that we sing before Birkat HaMazon on Shabbat and holidays we say:

When God brought back the captivity of Zion, we were like dreamers…They who sow in tears will reap in joy. He who goes weeping on his way, bearing a bag of seed, shall come back with a joyful shout, carrying his sheaves.

During the exile, the Jews dreamed of cultivating their own fields in the Land of Israel where they could properly celebrate the agricultural holidays of Pesach, Shavuot (the harvest festival) and Sukkot (the festival of ingathering) with their own crops.

Rabbi Dr. Lionel Mirvis explains that Yosef’s dream is being realized once again in the Modern State of Israel: In an intensive and healthy agricultural economy, Jewish labor is engaged in every aspect of crop cultivation. Israel’s produce provides food for Israelis and it is also being exported abroad.

Rabbi Mirvis believes that we are getting closer to the blessing promised to us in Parshat Bechukotai (Vayikra 26:5):

When it comes to agriculture, Israel has some of the best technology and amazing produce. Unfortunately, the government has not been helping the farmers enough and even worse, they have been encouraging imported produce from abroad which is often cheaper.

We must do what we can to help the Israeli farmers, especially this year which is a Shmita (Sabbatical) year where in some communities buying most Israeli produce grown by Jewish farmers is forbidden.

We must remind ourselves that Yosef’s dream and the dream in Tehillim 126 are being fulfilled. We are back in Israel, we are growing our own crops, we are fulfilling the Mitzva of settling the land and we are finding ways to observe the Shmita year according to Halacha while supporting Jewish farmers and eating the freshest produce that can be found.

It wasn’t a coincidence that Yosef dreamed about sheaves. It is the dream of the entire Jewish people that we must strive to fulfill.