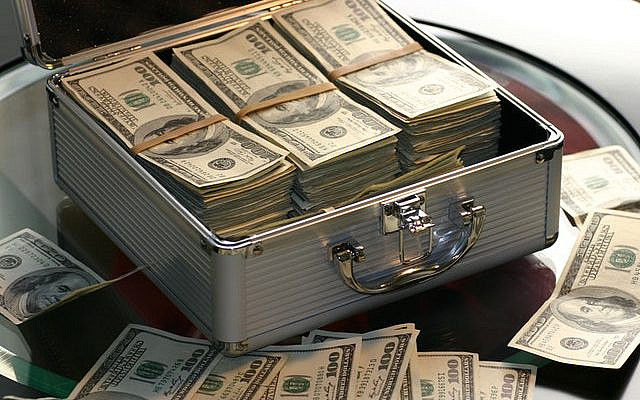 Food for the Mice (Free to Use from Pixabay)

Some time ago I found myself with a little spare money. Not wishing to feed the mice that live under the floorboards, I took it to my bank.

I didn’t ask if the bank was financially sound. I didn’t ask if the manager was in good health and of sound mind. I did not ask to check the lock on the bank’s vault. No, I handed over my money to a clerk who took it without comment or question.

Time passed and I found myself in need of money. Sitting opposite the clerk, with a bag at the ready, I asked for some of my money, not all but a sizeable amount.

The clerk was not at a high enough level to give out money, he was only authorized to take it. A more senior official had to be summoned from their coffee break.

I then had to prove my identity to the officious official. I did not like to point out that he is new at his job; he has been at the bank for no more than 15 years, a mere nothing compared to the 50 years since I opened my account.

Having established that I was indeed me, that I was the same person he had spoken to just last week, the official asked me why I wanted the money.

I hesitated, tempted to say “to burn it” which is probably illegal or “give it to the first beggar I see” which, while foolish, is perfectly legal. In the end, I went with the truth – helping my daughter to buy a house.

To my amazement, I was then asked if I had a copy of the contract. I was again tempted to ask if he, as a banker, understood the combination of the word “money” together with “my.”

Well, I have news for the bank, I have formulated a new customer policy. I have given up on the bank’s generous 0.0001 percent interest. I took some of my hard-earned money and made an important investment. Yes, I bought a mouse trap and put my own money where it belongs, safely under my own floorboards.

And, dear reader, if you are wondering, I did show them a copy of the contract. As I have learned over the years, you can’t fight the bank, they hold all the cards.