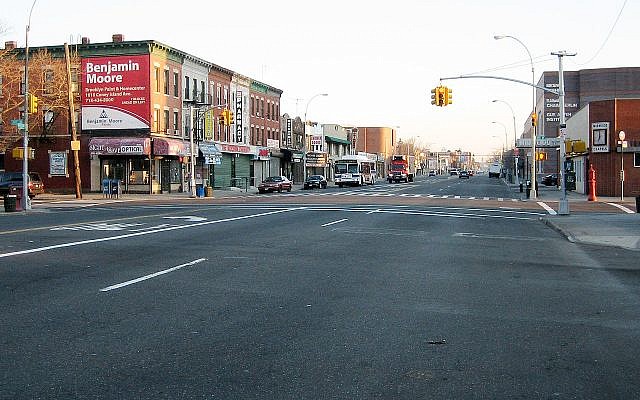 OK, let me back up a bit and explain.

Brooklyn is very far from Teaneck. Very. Far. But when wedding chores demand it, to Brooklyn one must go.

So, one bridge, one tunnel, a few tolls, many highways and streets, lots of traffic, and countless construction projects later, my wife Sharon and I found ourselves on Coney Island Avenue one recent Monday morning. After a mother-of-the-bride gown fitting, picking up our future son-in-law’s tallit, and too many stops at bencher vendors (including one whose name and address we didn’t know — thank you Google and the man in the flower shop), we discovered it was already 4 p.m. So although we had ended up in Boro Park, we decided to treat ourselves to an early dinner in Crown Heights at Izzy’s, which had come with rave reviews from my daughter and her fiancé.

It was a great choice.

Re-energized, we girded ourselves for the long drive back (same bridge, tunnel, tolls, and highways, and even more traffic and some new streets and construction projects), and asked Google Maps for the best route home. (How did we ever live before Google?)

When we looked at the route we noticed that it took us down Eastern Parkway, where Sharon had lived directly across from Chabad World Headquarters until her family moved to Washington Heights. She remembered the building number, so we decided to take the service road. That would allow us to slow down as we passed the old homestead.

About a block away she said: “There it is! I’m sure that’s it.” We had planned just to slow down when we reached it, but instead saw that rarity in Brooklyn — a large, legal parking spot, directly in front of the apartment building.

Some things are simply bashert, so we parked and decided to explore.

We took pictures of the building, the front awning, the gilded ceiling and the beautiful lighting fixtures in the lobby, and all sorts of other odds and ends. We then decided we needed a picture of Sharon in front of the door to her former apartment. But what was its number? Sharon was only 3 when she moved. Luckily, she was able to text and then call her sister Andrea, who is eight years older and has a much sharper memory of living in Crown Heights.

She told us the apartment number, and into the elevator we went.

We shared the elevator with a Chabadnik, who asked, before he got off, who we were going to see. When we told him our mission and destination, he said, “Can’t be. There’s no such apartment, though there are two with that letter on that floor; a number 1 and a 2.”

But since we had come so far, we decided to look for ourselves. (Before we continued up we also played a little Jewish geography, and discovered that his cousin married my cousin. Of course.)

When we got off, we understood that both Andrea and the Chabadnik were correct. As was clear from the door moldings, the old single apartment had been divided in two. After taking some pictures at the front door, Sharon, game and curious woman that she is, rang the bell. A lovely Chabad girl, about 14 or 15 years old, opened the door, and when we explained why we were there she graciously invited us in to look around.

As we strolled around the apartment, she told us that she was one of 10 children (living in half of an apartment that had housed four children once upon a time). As we chatted, she continued to express amazement at the number of years that had passed since Sharon moved from that apartment.

We were pretty amazed too.

And so we had a warm nostalgic experience, Sharon directly and me vicariously (although I had a similar experience in Far Rockaway a number of years ago, visiting the house I grew up in). But more important than the nostalgia we felt was the fact that we shared the entire experience via email and pictures with Sharon’s siblings in Manhattan and Jerusalem, who likewise shared Crown Heights experiences they remembered. And then we shared all this with our children.

This was more than nostalgia; it was sharing and passing down family lore that otherwise would be lost.

It also reminded me of something that happened at our seder this year that I did not mention in my recent column (“The only constant in life,” 4/19/18). At our first small, intimate seder, our kids asked us to tell them about our sedarim when we were children. And we did, trying to pluck from our memories who was present, what songs we sang, and whether we too came prepared with reams of divrei Torah from school. Nostalgic for sure, but also the sharing of family memories and traditions with another generation.

Unfortunately, I learned the lesson of the importance of doing this too late. I often and deeply regret not asking my parents, both of whom were born and lived in Europe, about their lives there, their daily routines, what Shabbat and chaggim were like, the family they left behind, their adjustment to a new land, new language, new schools, new friends. I’d love to know how my mother’s (and grandmother’s) hometown of Seilush looked. Was it a shtetl or modern city? Who were her friends? What was school like? What modern conveniences, if any, did they have? And there are so many more questions.

I had countless opportunities to ask, but I guess at the time I didn’t think it was important. I was busy being young and active. Now I know how so very important it was — but the opportunities are gone.

So for those of you still blessed with similar opportunities, don’t let them pass unused. Ask questions, find out facts and family lore about your parents, grandparents, and larger family before you discover there’s no one left to ask. You can’t pass down family history you don’t know.

You can’t go home again if you don’t know where — and what — home was. 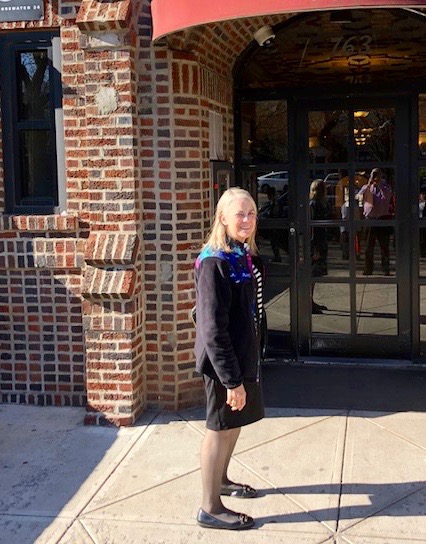