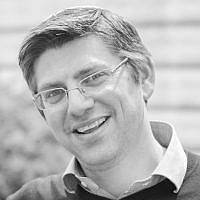 The Blogs
Daniel Italiaander
Apply for a Blog
Please note that the posts on The Blogs are contributed by third parties. The opinions, facts and any media content in them are presented solely by the authors, and neither The Times of Israel nor its partners assume any responsibility for them. Please contact us in case of abuse. In case of abuse,
Report this post.

When our baby boy was born, he was perfect. He cried he slept he ate he cooed. We named him Amichai. His first name is simply translation (“my nation is alive”) which has relevance for me as almost all of the Italiaander family from Holland was murdered in the Holocaust. When Amichai was born he was the carrier of the Italiaander name here in Israel.

Within half a year, something wasn’t right. A parent knows, and our intuition screamed at us that there was a problem – a terrible problem.

Our baby struggled to breathe, and when he managed, he sounded like a very heavy smoker.

Our baby squirmed and cried and fussed and it was clear to us he was in serious discomfort.

Right around this time, we went to see my family in Holland. On the flight back Amichai cried non-stop the entire time. Every Israeli mother on that plane came up to us to explain how to take care of a baby. We did not hold the bottle at the correct angle and we did not bounce the baby at the correct rhythm either. All these well meaning instructions were to no avail. 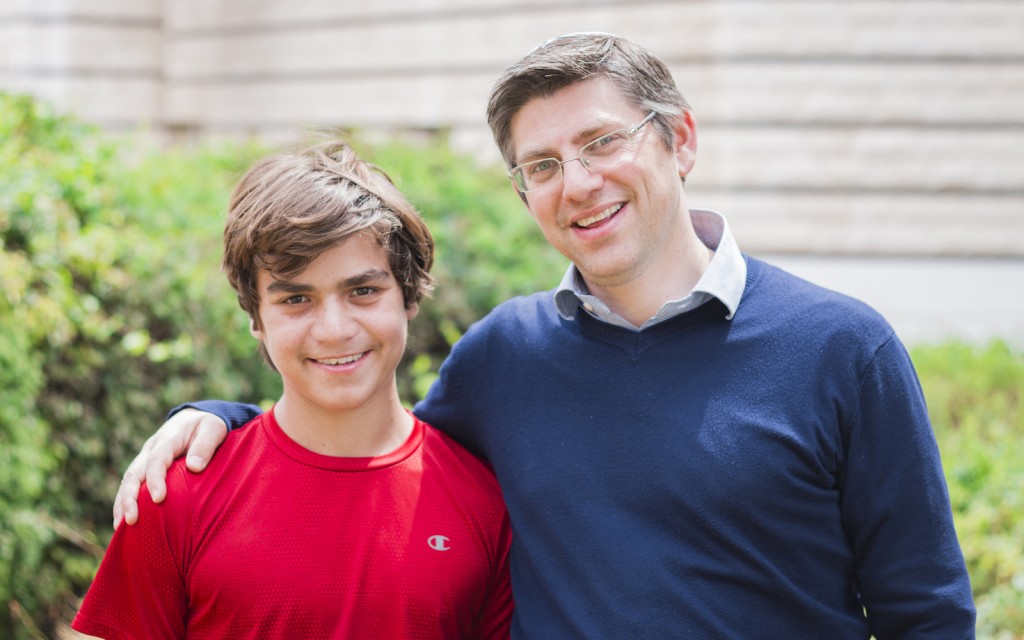 The crying continued till long after that terrible flight.

In fact, Amichai did not stop crying for days (and nights) on end.

We took Amichai to many doctors and specialists, and everyone said he had asthma. We were given the standard Ventolin and Airovent inhalations. You know, the stuff all doctors prescribe by default to anyone complaining of breathing difficulties.

It was a frustrating time because our baby wasn’t getting better.

But then finally one doctor miraculously was struck by an insight and had a vision recalling a lesson from his studies over forty years ago. In a fast but clearly visible move he applied an unusual diagnostic technique; he licked Amichai. Yes – you read that right – he stuck out his tongue and licked Amichai’s skin. He did not say a word, but then immediately ordered a “sweat test” in the Hadassah Ein Karem hospital.

The “sweat test” measures the amount of salt in the sweat that is excreted from the skin. The test took no longer than 30 minutes during which Amichai wore a watch-like device around his wrist. Never will I forget the expression on the nurse’s face when she looked at the watch at the conclusion of the test.

Her face was a mix of shock and compassion.

The dial on the watch had indicated an extremely high salt value.

She knew what we didn’t yet know: that such high salt levels are indicative of Cystic Fibrosis.

At that time, I had never heard of such disease. In fact, it took a while until I could remember and pronounce the name. The nurse hurried down the hall to call in a doctor who had the difficult task to break the news to me: your son has Cystic Fibrosis.

Your son has Cystic Fibrosis.

Your son has Cystic Fibrosis.

Cystic Fibrosis is a life shortening disease that primarily affects the lungs. Over time the lung function of patients decreases often leading to the need for a lung transplant.

There, on that morning in Hadassa Ein Kerem, I was told that Amichai could live about 30 years. He even could have a productive life, though he would need a regimen of medications, physical therapy, and treatments to keep up his lung function as long as possible.

Today Amichai is 16-years-old and doing great. Far better than the prognosis on that fateful morning. Part of Amichai’s success is his discipline. He is a teenager in all other aspects life – rebellion and all – but sticks closely to his daily regimen of medications, inhalations, and physical therapy. The other part of Amichai’s success is Kalydaco – a medication resulting from a true medical breakthrough. The medication addresses (I might even say fixes) the defective lung cells as opposed to addressing the symptoms resulting from the defective lung cells.

Kalydaco is extremely expensive. Fortunately, here in Israel are getting this miracle drug covered by our health insurance. That was no accident; to make it a reality the Cystic Fibrosis Foundation of Israel lobbied tirelessly with the committee that decides what is included in the national health basket.

It was the Cystic Fibrosis Foundation that called and first made me aware that such medication exists.

And apart from lobbying and staying on top of the latest medical developments, the CF Foundation emotionally and financially supports all the CF patients in Israel and their families.

This is tremendously helpful and inspired me to take action so others can benefit from the essential work of the Cystic Fibrosis Foundation.

On May 28th the wonderful Yonina will give a benefit concert on behalf of the Cystic Fibrosis patients. All proceeds are going directly to the CF Foundation.

Enjoy a magical evening with Yonina and make a real difference in the life of CF patients along the way. The concert takes place in the Eshkol Hapais Hall, 46 HaChayil Street in Raanana. Tickets can be purchased here.

We look forward seeing you!

About the Author
Daniel Italiaander made aliya from Holland 2 decades ago. He has been instrumental in successful exits of several start up companies. He is also father of a Cystic Fibrosis patient and a member of the board of the Cystic Fibrosis Foundation, which he is responsible for resource development. He lives with his wife and three kids in Petach Tikva.
Related Topics
Related Posts
Comments