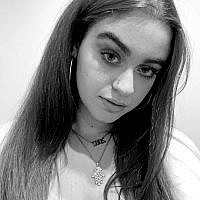 The Blogs
Emilie Eisenberg
Apply for a Blog
Please note that the posts on The Blogs are contributed by third parties. The opinions, facts and any media content in them are presented solely by the authors, and neither The Times of Israel nor its partners assume any responsibility for them. Please contact us in case of abuse. In case of abuse,
Report this post. 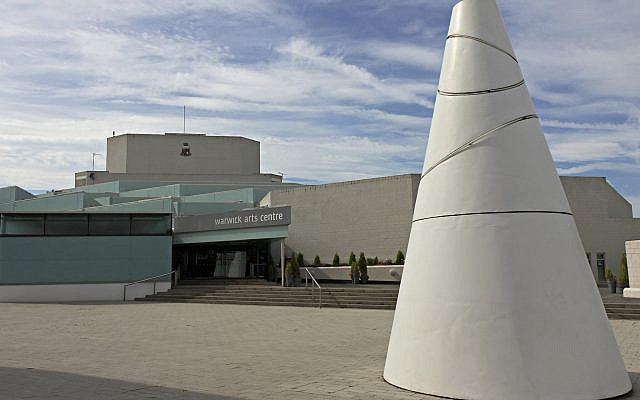 This is my experience of being cast out of activism circles at my university.

In my first year at Warwick University, I became very involved in on-campus activism.

I was part of the group that set up ‘Shame On You Warwick’, a movement that gained huge media attention and strove to make change in the university’s lack of discipline surrounding sexual assault and harassment.

This campaign, which takes its name from a movement that took place at Warwick in 2018, began in November of 2020.

Months later, as protests and sit-ins continued on campus and we became accustomed to visits from news outlets, the media coverage of the Israel/Palestine conflict came to its peak. I had never spoken about my faith in activism circles before.

I’m a reform Jew, but not particularly religious.

What I did know, and what I experienced, was a staggering increase in levels of antisemitism as a result. Knowing better, I declined to present my opinion on social media without doing further research.

Instead, I reposted a statistic about antisemitic crimes going up several hundred percent on my Instagram story, and a story about a Jewish woman being attacked, and went to sleep. I woke up in the morning to hordes of messages from my friends, particularly those I had met through activism. “Your recent story posts have made me feel like we should distance ourselves from our friendship.”

“If she is Israeli they’re going to abuse her naturally.”

“I feel like Israel should get what’s coming to them.”

“It is best we disengage from any personal relationship we may have.”

These were some of the less racist messages I received. I called my mother late at night, stressed and scared. She didn’t sound shocked, just exhausted, and told me off for being so vocal. One of my Jewish friends told me of other Jewish students being harassed and attacked on campus. I went home that weekend.

The most important thing to note is that this all came from extremely well-educated activists. They were all very left-wing and inclusive. The friends that I had made in the activism community disappeared. I stopped attending protests. I went from being the person marching at the front of the crowd with the megaphone to watching the livestream from my room. My follow count on Instagram started declining.

I made a sign for a pro-Palestine protest that was taking place on campus. The day of the protest arrived and I found myself terrified to go. What if someone there realised I was Jewish? The sign lay on the floor of my room for several weeks.

I was sitting in a coffee shop with a friend when I noticed the table of girls next to me looking at me and whispering. I recognised one of the girls as someone who had sent me one of the worst messages I had received. I had to remember that I was an adult and a university student at that moment, because I was being treated like a child. My friend and I left the coffee shop. Laughter and piercing stares followed us.

The only friend I had left in the activist community was the one who ran SOYW with me. I am infinitely grateful that she stuck by me.

My flatmate was messaged by the group she had signed a lease with for our second year, explaining that they no longer wanted to live with her due to her friendship with me. She stuck by me and argued with them.

They claimed that my political views had led to an ultimatum: end her friendship with me or lose her place in their house. She left the lease of her own accord and found another group of people to live with.

I entered first year filled with enthusiasm to make some change and provide comfort to victims of sexual assault. I left it wanting nothing to do with activism in the slightest, and I think that’s the saddest part. The activism community at my university used to be a safe place for me – which is exactly what it exists for.

Those same people who I had confided in, cried in the arms of and worked alongside for months now refuse to make eye contact when they walk past me in public. For months, I thought this was about Zionism, but that couldn’t be further from the truth. At no point had I publicly supported, condoned or even mentioned Zionism. I’m Jewish, so I don’t belong within activism.