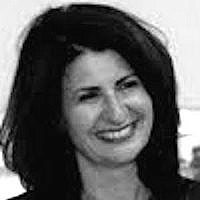 At first glance, the 30,000+ promising young Israelis who have “made Aliya” to Berlin and the 10,000+ just as promising young Israelis who have formed intentional micro-communities in Israel’s socio-geographic periphery would seem to represent two opposing trends — the former voting with their feet to make a change and move abroad; the latter voting with their feet to stay at home and be the change. The Berlin movement has been called the ultimate rejection of Zionism and the dawn of a new trans-nationalism. The intentional communities movement has been hailed the ultimate renewal of Zionism — a blooming of Israel’s socio-economic deserts. And yet, on closer inspection, these seemingly opposing trends appear both to be symptoms of the most dire existential threat Israel has bequeathed this young generation — a diaspora identity.

1948 saw the realization of a two-thousand year old dream. At long last, private Jewish prayer shawls could be unfurled as public Israeli flags. Jewish men and women preserving their people via religious ritual could now serve their nation’s defence in uniform. The parochial shul (Beit Knesset) could become the national Parliament (Knesset). At long last, the priority of time could bow to the priority of place; Jewish ethics could be pressed into Israeli politics; a history of estrangement could ignite a light for the estranged; and Sabbaths and Sabbatical Years could become the institutions of a radically egalitarian, renewably resourceful, and eternally grateful people shining light unto the nations.

And yet, even as the ink dried on Israel’s Declaration of Independence, Israel continued to tell the same old Jewish story—“in every generation a Pharaoh will rise up to destroy us.” What had been the victim identity of stateless Jews, became the victim identity of citizens of the Jewish State. Even as Israeli hands tilled the soil of sovereignty, Israeli voices still sang diaspora’s hope for Zion. Even as Israeli citizens bloomed deserts at home and advanced technologies around the world, Israel’s diplomats begged the world for the right to exist, and her generals motivated their troops with the specter of anti-Semitism.

Three score and five years into statehood, young Israelis have inherited the Alte-Neue Jewish story as their “deathright”.

Bequeathed a deathright, young Israelis know not the promise of their sovereignty. Ignorant of this promise, they know neither why they stay nor why they serve. And so it is, raised on diaspora’s story, the most promising among them choose diaspora’s tried and true paths—assimilation and ghettos. Absent a compelling national purpose, the assimilationists in Berlin joke that their children will one day be invited to go to Israel as their birthright. Absent a compelling national purpose, the young communities build meaning with their own hands—aiding the disenfranchised to realize their rights in times of peace, caring for children in shelters in times of war—as members of collective Kehilot (congregations) rather than as sovereign citizens.

Zionism 1.0 was built by diaspora Jews–those who had soaked in the gifts of strange lands and those who had forged strong communities despite their estrangement. Perhaps these two trends are the first steps toward Zionism 2.0. Perhaps the children of Israeli Berliners and the children of Israel’s micro-Zionist congregations will people a new Aliya whose story will defeat the existential threat of deathright Israel and instead shine light unto the nations.