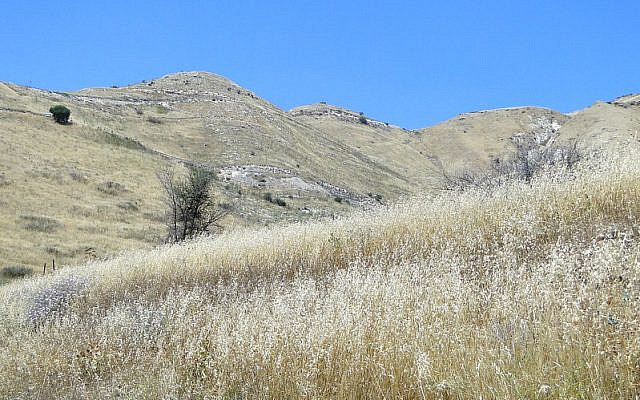 The beginning of Deuteronomy or Devarim, which we always read the Shabbat before Tisha B’Av, is filled with promises about taking possession of the land of Canaan. But on Tisha B’Av we remember that our ancestors lost possession of that land and went into exile.

The Torah teaches that the way to live long in the land and avoid exile is not by having the strongest army, but by fulfilling the covenant of the Torah. And it tells us that one mitzvah is most important for making this happen: the Sabbatical or Shmita year, when the land rests.

The Shmita year, which starts this Rosh Hashanah, is a prescription for living sustainably upon the earth. Not only does the land rest every seventh year, but the year following every seventh Shmita year — the fiftieth year of Jubilee — every family returns to the land it received when the land was first distributed among the Israelite tribes.

That means that in a world where Shmita is observed, poverty can never become permanent, the land is always renewed, and justice becomes the foundation of relations among human beings and between the people and the land. Harmony reigns in a tripartite covenant between God, the people, and the land.

In the Torah’s description of Shmita, God’s commitment to the land is paramount. If we follow its prescriptions, we will “dwell in the land securely” (Lev. 26:5). If not, God promises to wipe out the people and send the surviving remnant into exile. It’s as if God were telling us, “I love you and I love the land, but if you make me choose between you, then I choose the land.”

God’s choosing the land paradoxically means devastating the land — “I will desolate the land, and your enemies will be desolate over her” (Lev. 26:32). But God makes an additional promise to the land: all the days of exile she will rest, and make up for the rest that the Israelites denied her. More than that, Leviticus teaches that the land will “enjoy” or “desire” her sabbaths, or, in another translation, she will “will” or demand her sabbaths — tirtzeh et shabtoteha (Lev. 26:34-35). It’s not just good for the land to rest. The land, so to speak, knows this and actively anticipates it.

That is exactly how Second Chronicles interprets Jeremiah: the people were exiled “to fulfill the word of YHVH by the mouth of Jeremiah, until the land enjoyed her sabbaths, all the days of her desolation when she rested, until seventy years were filled.” (2 Chron 36:21)

But that is the exact opposite of what we read in Lamentations on Tisha B’Av, where the land itself suffers from exile alongside the people: “Zion’s roads are mourning… Zion stretched our her hands, there is no comfort for her… Jerusalem became an outcast…” (Lam 1:4, Lam 1:17).

On Tisha B’Av, we imagine that the land mourns with us. But that’s our human-centered way of seeing things. From God’s perspective, which is closer to an ecological perspective, the well-being of the land comes first. When humanity violates the land, it dooms itself to be treated like a plague from which the land must become healed.

This divided perspective resonates with one other feature of Lamentations: in Lamentations, the land is personified as the city of Jerusalem.

To imagine that fondest wish of the land is to be filled with people, the way a city is filled with people, is a city-dweller’s dream. But it was once common knowledge, for all people of the land, all agricultural people, that if we mistreat the land, the land would be better off without us. The great insight of our ancestors was that injustice against humans, and not just against the earth, harmed the land itself.

That is something we read about at the end of Numbers, the week before beginning Deuteronomy: “blood pollutes the land” (Num. 36:33). But the world still acts like it is unconscious of the idea that injustice harms the land itself, even in the state of Israel. And the vast portion of the world that has been reading the bible for two millennia still acts like the land has no rights for herself.

In the Torah portion read before Tisha B’Av, Devarim, we learn only about our right to conquer the so-called promised land, not about our responsibilities to the land, not about how injustice ruins the land. It’s a kind of acting out of the very attitude that caused the exile and destruction we remember on Tisha B’Av.

But the rabbis had a plan for that. They ordained that we read the beginning of Isaiah for the haftarah, right after the beginning of Devarim. And the Isaiah 1:27 teaches: “Zion will be redeemed through justice” — not through taking land from other people, and not through overpowering other people. And as we learn from Shmita, that means justice not only for the people, but also justice for the earth.

That is what it means to live in alignment with the land and with divine intention. May we learn to live this way, as the Shmita year teaches us.

Download Lamentations for Tisha B’Av from neohasid.org! This article is an expanded version of Hazon’s Shmita blog for Devarim.

About the Author
Rabbi David Seidenberg is the creator of neohasid.org, author of Kabbalah and Ecology (Cambridge U. Press, 2015), and a scholar of Jewish thought. He teaches around the world and also leads astronomy programs. As a liturgist, David is well-known for pieces like the prayer for voting and a well-acclaimed English translation of Laments. David also teaches nigunim and is an avid dancer.
Related Topics
Related Posts
Comments
Advertisement