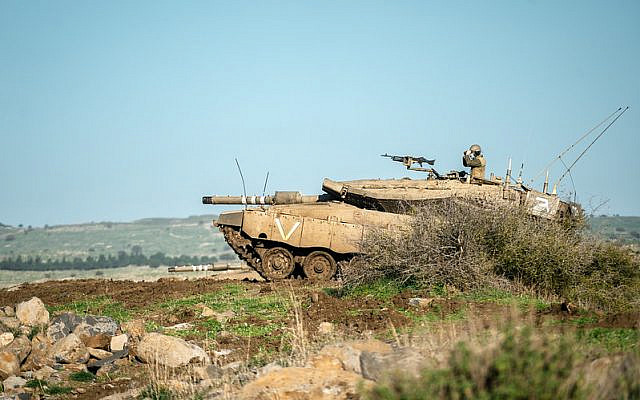 I imagine that nothing could have been more powerful to Jewish ears 55 years ago, during the Six Day War, than hearing paratrooper commander Motta Gur say the words: “The Temple Mount is in our hands!” After almost 2,000 years, the Jewish people once again miraculously had possession of the holy city of Jerusalem and could pray at their most reverent site, the Kotel (Western Wall) of the Temple Mount.

When I imagine the IDF battling the Jordanian army and conquering Jerusalem, I can only think of the Rebbe’s words about how completely awesome this is. As the Rebbe said, Yerushalayim is made up of two words: Yira (awe) and Shalem (complete), so Jerusalem, where G-d’s presence resides, is utterly awesome!

I would add though that Yira also means fear, and since G-d’s holy presence in the world is concentrated in Jerusalem (where the world was created, Abraham was tested with the Sacrifice of Isaac, and the holy Temple twice stood), we can say that the fear of G-d (along with the love of G-d) is the strongest and most focused there. Moreover, as we learn in the Torah portion of this week, Bechukotai, that if we don’t follow G-d’s commandments that He will cast us out from Jerusalem and the Holy Land of Israel, so there is reason to fear (“Yira”) if we don’t do right in Hashem’s eyes.

In the Torah portion this week, G-d specifically cautions us (Leviticus 26:19):

I will break the pride of your power.

Pride goes before destruction, and a haughty spirit before a fall.

In this regard, I must admit that I sometimes get very scared when we don’t give Hashem the proper credit for our incredible accomplishments and military successes, but rather we talk about our own “self-reliance.” To a certain extent, the calls for self-reliance is understandable amidst broad-based anti-Semitism in the world, calls for Boycotts, Divestment, and Sanctions (BDS) against Israel, and near constant United Nations resolutions again us. Of course, in these circumstances and with our history of suffering persecution, pogroms, and Holocaust, we may look to insulate and protect ourselves from the world’s incessant and irrational hatred of Jews. Thus, we turn inward and look to become more self-reliant. Interestingly enough, an article in the Jerusalem Post in 2009 was titled: “Self-Reliance Should Be Our Ultimate Goal.”

However, self-reliance cannot come at the expense of recognizing our ultimate reliance on G-d Almighty. When the IDF commanders and Israeli politicians talk about our victories, heroism, and only self-reliance, we must be careful to preface that completely with G-d as our creator, sustainer, and ultimate protector.

I understand also that coming out of the Holocaust, many questioned how G-d could let such a terrible tragedy occur to us and even asking “Where was He?” No one can even attempt to put themselves in the shoes of the people who suffered brutally at the hands of the Nazi’s and in the concentration camps, gas chambers, and crematoria. So, from a military and political perspective, we don’t go there. We don’t let ourselves be weak, trodden upon, passive, and victims anymore. Instead, we say boldly and resolutely: “Never again!”

But changing Jewish personality to become competent, confident, and strong, must not preclude in any sense our ultimate acknowledgement that G-d has the final say, even if that means the “Final Solution.”

What we need to do fully are two things:

The State of Israel and the Jewish people must be strong. We must do everything we can to strengthen our people and nation, arm ourselves with the latest and greatest technology and weapons, train, and prepare to fight and win. Truly, we have come such a long way in this regard where The Israel Defense Forces (IDF) is a world-class fighting force. The IDF is the most powerful military in the Middle East, and the 11th most powerful military in the entire world! With Jewish brainpower and advanced technology, Israel has an outstanding arsenal of modern weaponry and they have become the 10th largest weapons exporter globally.

Most importantly though, we have to recognize that G-d is in charge. As a small people in a tiny (albeit marvelous) land, surrounded by enemies, we can never forget that remaining sovereign over Israel and defeating our enemies that rise up against us time and again is nothing but completely miraculous. Our enemies are 1,000 to 1 against us, and yet G-d makes them run from before us. No one should be so arrogant among us to think that it’s because of us, because in any rational world, we would have been not only defeated, but gone from the annals of history long ago.

In America, our pledge of Alliance is “one nation under G-d,” but where religion and State are separate. In Israel, our self-determination must be even more so 100% faithful in G-d: acknowledging, thanking, praising, and praying for His continued mercy and blessings on our people. In Israel, the State and Judaism are one, and that is the only reason we have been granted the miracle of the redemption in our times.