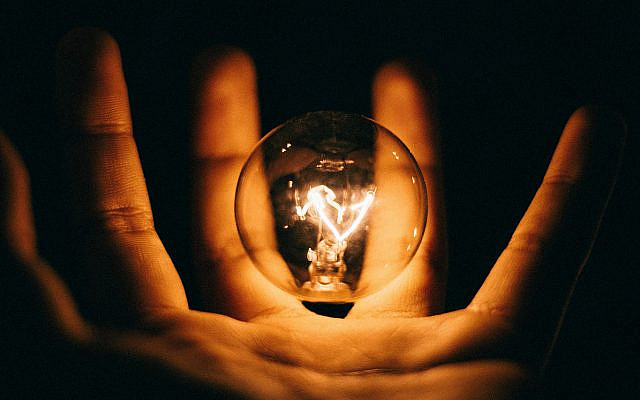 Photo by Rohan Makhecha on Unsplash

Which writers, podcasters, scholars, and filmmakers did I depend on when telling the story of Israel and the Jewish people to Americans this year? Whose work gave me a flash of insight, a burst of inspiration, or a jolt of uncertainty?  Who challenged my assumptions by showing me a new perspective? In a year in which the Israeli election dominated the news (and was capably covered by journalists and podcasters I cited in my 2019, 2020, and 2021 roundups), who broadened the story?

Each of the talented people who produced the indispensable content listed below.

As 2022 comes to a close, I want to highlight and thank those who taught me and so many others this year.

Daniel Gordis, Israel from the Inside:

Through his wide-ranging articles on Substack and especially in his compelling podcast interviews with leading Israeli figures in politics, civil society, education, the arts, and more, Gordis aims to bring us thoughtful analysis of Israel and its people. Listeners are sure to hear things with which they strongly agree — and vehemently disagree. But Gordis wants to take us out of the echo chamber. By acquainting us with such a diverse array of voices, he succeeds.

A gorgeously written, luminous account of singer and songwriter Leonard Cohen’s time performing for Israeli soldiers during the Yom Kippur War in 1973. This impromptu concert tour to the front lines of a war zone was life-changing for Cohen and unforgettable for the soldiers who were there. Friedman masterfully weaves together the story of Cohen, an artist in crisis, and Israel, fighting for its life. A plus for the audio format is that Friedman himself narrates the book.

This Shalom Hartman scholar taught me how ne’emanut enables us to maintain our most cherished relationships, including a relationship with Israel.  Ne’emanut is not unquestioning loyalty, rather, it is a deep and abiding commitment and moral good unto itself, independent of other values. “This ne’emanut carries with it all the precious complexities of being in a relationship not with static objects, but with dynamically complex subjects,” Bitton wrote. “I count myself among the many liberal American Jews who continue to feel a sense of peoplehood and extended family for Jews around the world. While we reject unexamined loyalty towards Israel’s actions, we also don’t want a relationship with Israel based on alienation or defined entirely by critique. We must work to craft a confident and honest language of ne’emanut.”  Reading this brilliant essay is a way to begin.

Published quarterly, Sapir brings together some of our finest thought leaders to focus on a single topic. In the words of its editor, Bret Stephens, Sapir is “heterodox on principle and eclectic by design.” The Spring 2022 issue on Zionism reflects that description in its collection of superbly written essays penned by a wide range of intellectually diverse authors. Eli Lake’s essay, Israel 2072, and Rabbi Ammiel Hirsch’s essay, Judaism and Zionism are Inseparable, are just two of the outstanding pieces in this must-read journal. Read them all, grapple with their contents, and sharpen your own thinking.

I had the privilege of hearing this lecture in person last summer at the Shalom Hartman Institute’s Community Leadership Program in Jerusalem. Klein Halevi gave us a preview of a book he is working on, in which he explores the spiritual meaning of Jewish survival. In this lecture he asks us to reconceive of ourselves as a people who overcame the Holocaust. He then goes on to describe the Holocaust’s four-pronged assault on Jewish being and how Zionism met those four assaults.  The lecture is filled with profoundly important insights and also offers a window into the creative process of one of our finest thinkers.

Image of Victory: Written and directed by Avi Nesher

This film (available on Netflix) tells the story of the Battle of Nitzanim, which took place at an isolated kibbutz near the Egyptian border during Israel’s War of Independence in 1948. The film recounts events from the perspective of both a young Egyptian filmmaker tasked with bringing King Farouk an ‘image of victory’ from the battle and the young kibbutzniks, fighting with extraordinary courage and valor against overwhelming Egyptian forces. More than once while watching this film I was reminded of Natan Alterman’s haunting Hebrew poem, The Silver Platter. “We are the silver platter on which the Jewish state was given”, he wrote, recognizing the tragic sacrifices that would be made by the young people who would defend Israel. Image of Victory will stay with you long after the final credits fade.

The Times of Israel Daily Briefing: Hosted by Amanda Borschel-Dan and Jessica Steinberg:

I’m breaking my own rule about not repeating sources I’ve listed in prior roundups because this fifteen-minute, Sunday through Thursday podcast exemplifies the point I make in the opening paragraph: Even in an election year, Israel is more than a story of politics. While founding editor David Horovitz, political correspondent Tal Schneider, and senior analyst Haviv Rettig Gur provided thorough, frank, forthright, and essential coverage of the election and formation of the incoming coalition, the podcast still kept the story emphatically broad, featuring reporters on the arts, environment, science, culture, medicine, archaeology, and so much more.

Many people, including many Jews, know little about Mizrachi Jews, who lived for millennia in the Middle East and North Africa. Mazzig, a descendent of Iraqi and Tunisian Jews, offers a powerful corrective in this personal and passionate memoir-cum-manifesto. Read it to gain a fuller picture of the Jewish people in all our wondrous diversity and to enrich your understanding of Israel, where the majority of Jews are of Mizrachi heritage.

Want to know more about Jerusalem’s thousands of years of history and don’t know where to begin…. or how you’d find the time? Try taking it in fifteen-minute bites, six days a week, with Rabbi Meir Soloveichik as your guide. Each episode is a concise and compelling listen, brought to you by a master teacher whose breadth of knowledge is second to none.

Shira Pasternak Be’eri, The Angels who Saved My Husband’s Life (The Times of Israel):

One year after Shira’s husband, Leonard, survived a sudden cardiac arrest, the couple organized a meet-up with the first responders, both Jewish and Arab, who played a crucial role in his rescue. The gathering was an opportunity to get to know the remarkable people who saved Leonard and to express the family’s profound gratitude. For the “angels,” it was a chance to meet the man they saved. Shira shared this story in her widely read Times of Israel blog.  Along with a moving personal narrative, her poignant account delivers a powerful message:

It was the Israel we dream about but so rarely see — a place of goodness, giving, and caring that transcends national and cultural boundaries; a place where we are people first, before any of our other identities.

I’m taking this beautiful, aspirational message with me into 2023.

Who told the story of Israel and the Jewish people in a way that you found inspiring this year? I invite you to add your recommendations in the comments thread below.

About the Author
Sally Abrams is Director of Judaism and Israel Education at the Jewish Community Relations Council of Minnesota and the Dakotas. She has taught thousands about Israel and/or Judaism in churches, classrooms, civic groups, and Jewish communal settings.
Related Topics
Related Posts
Sally Abrams