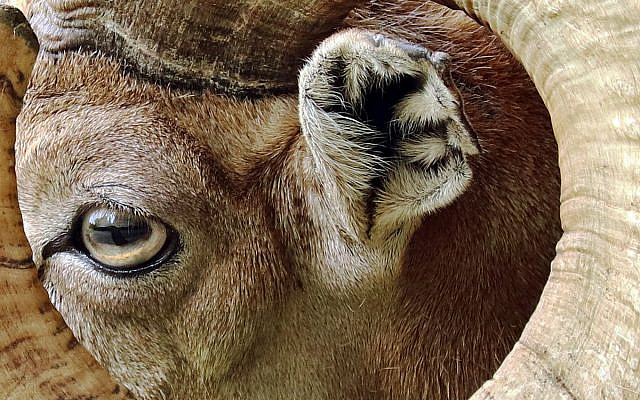 The IPCC (Intergovernmental Panel on Climate Change) dropped its sixth report about how far we are into the climate crisis, on the very day of the New Year for the Animals, Rosh Hashanah LaBeheimah, on the first of the month of Elul. Rosh Hashanah LaBeheimah was originally a way to gauge which domesticated animals should be tithed for which year – similar to the way that Tu BiSh’vat, the New Year for the Trees, gauged how old a tree was in order to know in which year its fruit could first be eaten. The animals that our ancestors used for plowing, for carrying, for wool, milk and meat, were entwined with their lives and homes, and they were part of our ancestors’ covenant.

But the distinction between domesticated and wild animals doesn’t mean the same thing today. The lives of every animal on the planet are entwined with our lives, and our choices. The whole world, from the depths of the ocean to the highest peak, has become home or way-station to us, or at least to our trash, soot, plastic, and detritus. As we have known since 2012, the oceans are becoming more acidic more quickly from the CO2 we are releasing than they have in 300 million years. The new IPCC report makes it absolutely clear: there is no place to escape humanity’s destructive power, no human-free zone that is safe. All the world has become domesticated, has become our house, our oikos – the word which gives us the root of “ecology” and “economy.”

Now we gauge a new kind of tithing: which species will go extinct this year, which next, how many sacrificed on the obscene altar of this civilization, an altar which makes the holy profane, instead of making the profane holy.

The choices open to us now, as the IPCC report documents, are far narrower than what they were ten years ago. And ten years from now, our choices may be vastly more constricted, or gone altogether. We are choosing now who and what will live – which nations and cultures, which species and ecosystems. Will the Amazon rainforest or Australia’s Great Barrier Reef live or die? Which branches of the Tree of Life will continue to be part of life on this planet?

And here’s an urgent notice for the Jewish people, and all who live in Israel/Palestine: the science is telling us that the land we call holy is warming five times faster than the global average. How the world chooses to respond to global climate disruption will quickly determine whether this land that bridges three continents, and the multitude of species that pass through it, will thrive or languish.

Welcome to the sixth mass extinction in Earth’s history.

This is what comes from believing that the world is ours to do with what we will. The world will do with us what it wills, and what God commands: life for humanity if it honors life, and death when it destroys it. Our ancestors similarly dreamed that God would wipe the people from off the land if they didn’t honor the land’s right to rest in the Shmita-Sabbatical year (Lev. 26:43). But unlike our ancestors’ dream of Canaan, where the consequences of bad behavior might come within a generation, this destruction will come after too many generations. In its malingering, it will have reached a magnitude so great as to wipe out many of the creatures we share the planet with.

That wasn’t the plan. That wasn’t the mission. We inherited a mission from our ancestors: model an ideal agriculture that would nourish the poor and the stranger, and that would nurture the land and the wild animals in the seventh year of Shmita, an agriculture in which human beings serve the land, “la’avod et ha’adamah” (Gen. 2:5, Gen. 3:23), and not the other way around. Up until now, our generations have failed the mission, and now our children will “bear their sins” (Lam. 5:7).

If this is how things will go, then what’s the point? “What is humanity, that You would know them?” (Psalm 144:3). Here’s one answer the midrash ventures in response to that question:

When the first human, Adam Harishon, was created, Adam stood up for the first time, and was as big as the whole sky (Pirkei deRabi Eliezer 11). This first human looked over all creation, above and below, and saw the many creatures inhabiting the Earth. Adam’s heart was filled with astonished wonder, teimah. The midrash teaches that the praise that came to Adam’s lips was (anachronistically) from the very Psalm we recited for Rosh Chodesh (the new moon) on the New Year for the Animals, Psalm 104:24: “How diverse are your works, Adonai!”

All the animals also saw Adam, and were astonished and afraid or overawed by the sight. They thought, this is the One who created us, and came to bow down. But the first human said: “You come to bow to me? Let’s all go, you and I, and give glory and strength to the One who created us all.” So the first human went and “made God sovereign,” and then the other animals did the same, clothing God in majesty even as they recited, “God ruled, clothed in majesty” (Psalm 93:1).

The midrash is saying that God ruled because all the animals, led by Adam, emplaced God as ruler. If humanity is primary among equals, then we are first in leading the others, all our relations, in worship, in making the divine manifest. And if we do not lead? Then we are first in destroying, so that instead of looking out upon Creation in wonder, we will look out in shock, remembering what is lost, until we lose even that.

In this generation, Rosh Hashanah LaBeheimah is evolving into a time to celebrate animals and to think about their dignity and rights, just as Tu BiSh’vat, a generation ago, evolved into a celebration of trees and a Jewish Earth Day. This Rosh Hashanah LaB’heimah, leading into the Shmita-Sabbatical year, may be the first one to be more widely noticed by the Jewish community. Will the IPCC report inspire the world to do t’shuvah this Elul? Or will this generation be both the first and the last to celebrate the diverse wonder of all the animals? Will we choose life? Only time – a frighteningly short time – will tell.