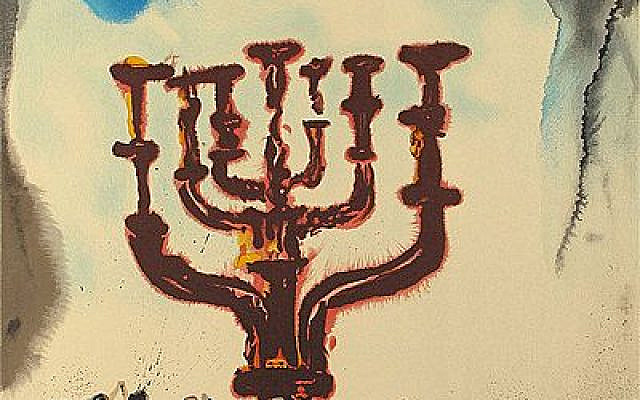 ALIYAH: THE REBIRTH OF ISRAEL BY SALVADOR DALÍ

Interview with Dr. David Blumenthal on the series of lithographs by the legendary artist Salvador Dalí, entitled “Aliyah, the Rebirth of Israel”.

Dr. David R. Blumenthal teaches and writes on constructive Jewish theology, medieval Judaism, Jewish mysticism, and holocaust studies. His previous published works include numerous scholarly articles, reviews, and eleven books including the two volume Understanding Jewish Mysticism (1978, 1982), God at the Center, (Harper and Row, 1988; reprinted Jason Aronson, 1994; translated as Dieu au coeur, 2002), Facing the Abusing God: A Theology of Protest (Westminster / John Knox, 1993), and The Banality of Good and Evil: Moral Lessons from the Shoah and Jewish Tradition (Georgetown University Press: 1999). His most recent book is Philosophic Mysticism: Essays in Rational Religion, 2007. He is a member of the European Academy of Sciences and the American Academy of Religion.

David R. Blumenthal: Salvador Dali was born a Spanish Catholic and he had some early pro-fascist, pro-monarchy leanings. His wife was said to be of Jewish origin but scholars agree that that is not true. He, thus, had previously not had much contact with Jews, Judaism, or Israel. In fact, he never visited Israel and all his “Jewish” artwork was done after discussions with Jewish friends. He certainly had no knowledge of Jewish mysticism.

D.A.R: What is the important the “Aliyah, The Rebirth of Israel” for the history of Israel and the Jews of the world?

D.R.B: In 1968, in anticipation of the 20th anniversary of the establishment of the State of Israel, Shorewood Publishers invited Salvador Dali to do a set of 25 paintings on the theme of Aliyah, plus 250 sets of the paintings as lithographs. All were put on  sale on April 3, 1968, Israeli Independence Day. There was much excitement and, indeed, all the paintings and all the lithographic sets were eventually sold.

D.A.R: The “Aliyah, The Rebirth of Israel”, what kind of theology, mysticism or spirituality have in the Salvador Dali´s surrealism, and in general in his artist style?

Second, in spite of his having no inner connection with Zionism, Israel, and Judaism, Dali captured the spirit of the rebirth of the Jewish people in its homeland with remarkable focus (and, of course, remarkable skill). Thus, he captures the dryness of the land before the creation of the National Water Carrier and the richness of the land after its inauguration. Thus, too, he captures the victory and also the heavy price that was paid to give re-birth to the Jewish people in its homeland. He also has strong echoes of the Holocaust and Jewish religious symbols in this set of paintings and lithographs.

D.A.R: Do you believe that the interest in the Sigmund Freud´s psychoanalysis and all his psychological work, have something especial in the whole Dali´s artwork?

D.R.B: Dali’s interest in psychoanalysis was independent of his “Jewish” work. Dali realized that Freud’s discovery of the subconscious and its subtle effect on our conscious lives was enormous. Dreams, fantasies, sexuality, murder, and so on are crucial to psychoanalysis. Dali tried to put all this on canvas and he did it brilliantly. There are books on Dali’s psychoanalytic surrealism. “Moses and Monotheism” is the point where his psychoanalytic and Jewish interests overlapped.

D.A.R: What was the concept of God and the art for Salvador Dali? He said: “Dios es solo otro artista. Como yo”. (“God is just another artist. Like me”).

D.R.B: Dali had a deeply spiritual side to him. His “Last Supper,” his two crucifixions, and his other “religious” work show this clearly. As you note, Dali saw God as a fellow artist. Of course, Dali’s spirituality had eccentric, even sacrilegious, overtones – because he was Dali. He did not know anything about Jewish spirituality and his work shows no traces of that.

D.A.R: Each one from these 25 lithographs, one by one, what value has?

D.R.B: The original paintings when they have come up for sale have sold for about $350,000 each. The set of 25 lithographs is probably worth about $35,000 and the individual lithographs can sell for about $2000 each. However, every item for sale is worth what the buyer of the moment will pay for it.