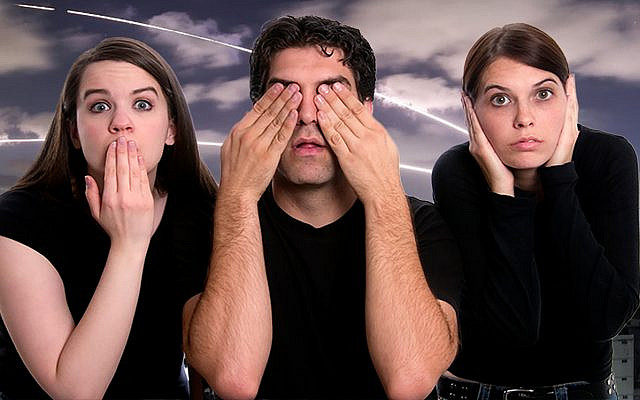 “All that is necessary for evil to succeed is that good men do nothing.” ~ Edmund Burke

I knew little of the Holocaust growing up.

It wasn’t something I learned in school and it wasn’t spoken about in my single-parent home in the sixties and early seventies.

When my mother finally talked about it, she shared a teenage memory forever seared into her psyche.

“They’re all gone,” her father cried after hanging up the phone at their Staten Island home in 1944.

The family that had stayed behind in Europe, none had survived; all of them were murdered.

Weeks later, her relatively young father would be dead too from a massive heart attack.

By 16, mom had lost both her parents.

Why didn’t they slow the genocide?

I often wondered how an enlightened Europe could allow six million Jews — one and half million Jewish children — to be murdered for no other reason than their Jewish heritage. Their killers didn’t care about their observance or their politics. The Jews were not firing deadly rockets or digging attack tunnels when they were targeted for extermination. The Nazis and their helpers (of which there were many) cared only that they were Jews, exactly as the charter of Hamas terrorists dictates to its followers, as former Under Secretary of Defense Douglas Feith recently quoted on these pages:

Even though the Islamic Resistance Movement looks forward to fulfill the promise of Allah no matter how long it takes because the Prophet of Allah says:The Last Hour would not come until the Muslims fight against the Jews and the Muslims would kill them, and until . . . a stone or a tree would say: Muslim or Servant of Allah, there is a Jew behind me; come and kill him.

How was it that American and European air forces didn’t bomb the railways that carried Jews to certain death to at least slow the churn of executions? Why hadn’t Allied forces targeted the gas chambers and crematoria that military and political officials of the time knew were being used to commit genocide against the Jewish people to pause the Nazi killing machine as Allied forces advanced?

How was it that so many Jews themselves who learned the horrors of the Nazi genocide as it was happening were also silent? Why hadn’t they been protesting en masse in front of the White House and Congress on behalf of their helpless brothers, sisters, mothers and fathers, nieces, nephews, aunts, uncles and grandparents who were being slaughtered by the thousands daily?

Silence of the bystanders

I’ve learned more about the silence of the bystanders in the past week than the past forty years.

Nearly 4,000 missiles fired at Israel and not only does the world not raise its voice in universal outrage and condemnation against the terrorists trying to massacre Jews, some are actually condemning Israel for defending its citizens by doing everything possible to destroy the terrorist threat and their ability to continue terrorizing the Jewish State.

When an Israeli military spokesman says all that is needed for the people of Gaza to live in peace with Israel is that they not attack Israel, his words are dismissed by a popular late-night talk show host, as if insisting Jews have a right to live in peace is nonsensical. And for many, it is, as if hatred of Jews is somehow passed from generation to generation of anti-Semites.

While we in America enjoy the peace and freedom made possible by the growing protection against the COVID pandemic, Israelis who led the world in fighting COVID are now spending days and nights traumatized by screaming sirens and the constant rush to bomb shelters. That trauma, like so many over Israel’s 73-year history, will impact generations of Israelis for the rest of their lives.

Schools have again closed in Israel, not because of a pathogen, but because of a pathology of hate that leads terrorists to aim and fire missiles at every neighborhood, they can reach as their supporters cheer every Jewish casualty.

Nearly the entire population is forced to remain within a minute of fortified bunkers to protect them from thousands of incoming rockets, and away from Israel, most of those for whom the Jewish State is our ultimate protection against extermination are simply silent.

Leading pundits such as John Oliver and politicians like U.S. Representative Alexandria Ocasio-Cortez have gone even further — blaming, castigating and assaulting Israel for fighting back with a commitment to decimating the terrorist threat.

What would you demand?

Imagine terrorists firing missiles at your home, at your children.

What would you expect your government and military to do?

Of course, you’d demand they do everything to stop the threat and ensure those who tried to kill your family never again have the ability to try again.

That’s exactly what the government of Israel is doing at enormous national sacrifice. Millions are traumatized, many are injured or killed, and more than a billion dollars that could be spent on education, health, housing and other necessities in Israel is instead needed to keep Jews from being massacred in their homes.

Silence, when terrorists try to kill Jews, empowers our killers today and in the future.

I don’t want that future for my children or anyone’s children.

Edmund Burke said it best: “All that is necessary for evil to succeed is that good men do nothing.”

No matter where we live, silence in the face of brutal assaults against the Jewish People is a gift to those who want to kill all of us.

Israel’s success in defending its people and destroying this terrorist threat is not just for the Jews who live in Israel, it’s for every Jewish family anywhere in the world who hopes for a future in which Jews do not have to live with the constant threat of genocide.

Our future depends on it.