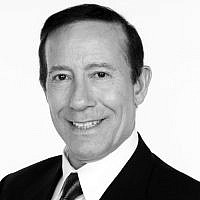 Oscar Wilde said, “Be yourself; everyone else is already taken.”

It is a sentiment that I have taken to heart over the past decade, as I have worked to cultivate an Israeli-American identity for myself, my family, and my community. The process of building this identity as a co-founder and, for the past year, as Chairman of the Israeli-American Council (IAC) has been empowering, inspiring, and perhaps most of all, revealing, illuminating the vast possibilities that emerge when you proudly embrace who you are.

For many years, Israeli-Americans couldn’t figure out who we were. We identified ourselves as Israelis that lived in America, maintaining — at least outwardly — that we would return to Israel one day soon in the future. We lived for decades with “our suitcases packed”, as we obtained U.S. passports, built successful businesses in cities like Los Angeles and New York, married American spouses, and raised children that primarily spoke English and too often, no Hebrew.

We quickly adapted to the way of living in America, without realizing what was required to live a Jewish life in the diaspora — which is a very different than Israel — where Jewish identity and practices are integrated into everyday life, taught in schools and the army.

While few of us joined Orthodox synagogues, mostly for the high holidays, the majority didn’t engage with the broader Jewish community. Our largely secular group couldn’t understand why we should pay for religious or educational services, and were not comfortable in religious services that were different from what is typical in Israel. As a result, we had no formal mechanism to connect with Jewish life and with others of Israeli descent.

Living American lives, while outwardly maintaining an Israeli identity distanced us from the Israeli government and people, from our non-Jewish American neighbors, from the Jewish American community, and perhaps most importantly, from our children, who often sought to distance themselves from their parents’ immigrant culture, and quickly began assimilating into the American culture, intermarrying at very high rates.

It took me merely 15 years to realize that I was living in the Diaspora. The turning point came when I realized that my daughters, who went to a non-Jewish private high school, spoke fluent Hebrew and had Jewish friends, but were mostly dating non-Jewish boys. My wife and I realized that, without a Jewish education or a connection to Jewish life, our daughters would not maintain their heritage.

At that point it was clear that I had a duty to get closer to Jewish life. I had to demonstrate to my daughters that I was proud of my Jewish heritage and that my family’s Jewish identity was of central importance.

My reconnection with Jewish Life came through AISH HaTorah, a Jewish outreach organization in Los Angeles, and I started learning with one of the rabbis on a weekly basis, which I continue to this day. AIPAC was next. Soon, my wife and I became philanthropists and activists, joining the boards of many different pro-Israel and Jewish organizations. In 2007, with several leading Israeli businessmen in Los Angeles, I co-founded an organization to bring together others of Israeli descent into one united community.

The sea-change, however, came in 2012, when we changed our name from the “Israeli Leadership Council” to the “Israeli-American Council”. The name change signified something much bigger. At that pivotal movement, I and others in our leadership saw that continuing to define ourselves as Israelis weakened our self-image, our public image, and our ability to prosper as an American community and become a strategic force in supporting the state of Israel. Moving forward, we, as Americans of Israeli descent, would loudly and proudly embrace our Israeli-American hybrid identity — that we loved our home in America, and would always remain deeply connected to our homeland in Israel. 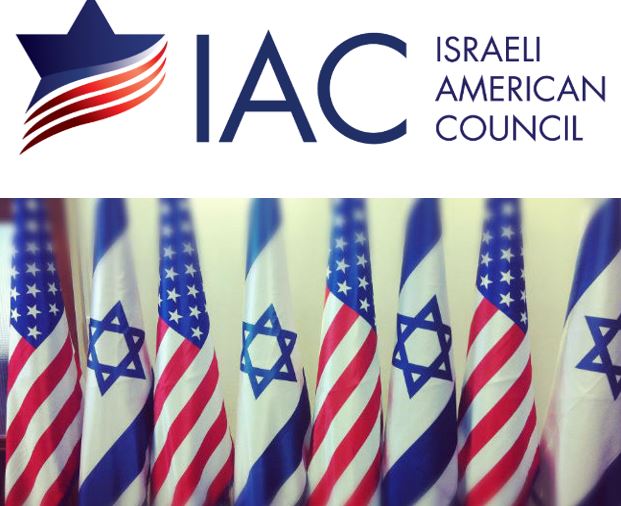 Supported by the visionary leadership and remarkable generosity of Dr. Miriam and Sheldon Adelson, the IAC took off, expanding across the country on the foundation of this powerful identity. We are now the fastest-growing Jewish organization in the country, with hundreds of thousands of participants in 27 states, 10 regional offices, and a bright future as we continue to grow.

IAC programs engage our young people from birth until they are professionals, providing our next generation with a clear and easy pathway to embrace where they come from, fostering pride in Israel and an embrace of Israeli and Jewish identity.

With an awakening of Israeli-American identity, we have become much more involved in schools, temples, JCCs, and local and national Jewish organizations. Now we are leaders in the broader Jewish American community, serving as living bridges to the Jewish state and bringing Israeliness to the Diaspora across the country. America’s Jewish leaders have taken note, with many of them attending the IAC’s annual conference, and partnering with us on programs across the country.

By engaging Israeli-Americans as one united community, we have been able to mobilize ourselves as a strategic asset to strengthen the State of Israel. Across the country we have built new partnerships between American and Israeli businesses, academic institutions, and state and local governments. And we have led the effort to fight against BDS and other attempts to delegitimize the state of Israel; for instance, by driving forward anti-BDS legislation in California and across the country.

If you don’t know who you are, it’s impossible to understand where you should be going. By resolving years of confusion around Israeli-American identity, we have unleashed a movement, with vast untapped potential to strengthen America, Israel, and the Jewish people.