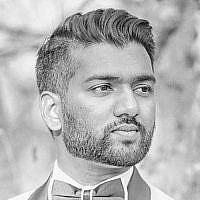 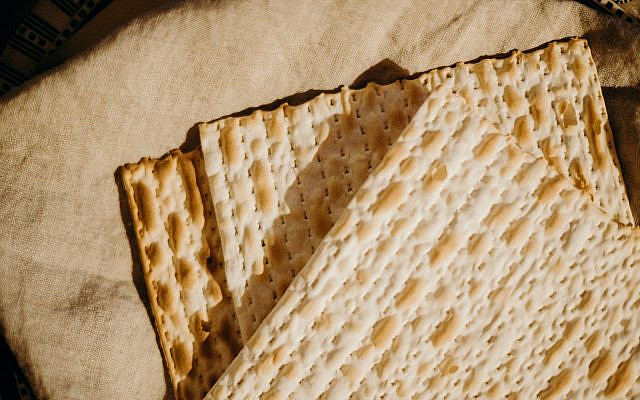 The Counting of the Omer, also known as Sefirat Ha-Omer, is an imperative verbal counting of each of the 50 days between the two Chagim (feasts) of Pesach and Shavuot.

Every nightfall from the second night (16th of Nissan) of Pesach until Shavuot (6th of Sivan), observant Jews perform this Mitzvah (commandment). Kabbalah teaches us that these 50 days parallel a spiritual rectification and ascent towards the 50th Gate of Binah (Understanding). This spiritual process is symbolic of the personal characteristics and traits (the emanations) every individual holds.

I propose a Chidush (personal innovation) to perceive Biblical numbers from a kabbalistic point of view by transposing the Sefirat Ha-Omer as a guide. This will offer a glimpse of how every number in the Tanakh holds a hidden revelation.

In order to understand my Chidush, three rules need to be accepted:

When applying this formula to the lives of people, an additional optional rule is to take the age of the father when the subject was born to determine their purpose in life. If we then take the age of the person at the time of their death it tells us whether or not the person achieved their life purpose. As you will see, biblical genealogies will begin coming to life.

Kabbalistically during Sefirat Ha-Omer, we count each of the lower seven Sefirot combinations every night. Each week corresponds to a different Sefirah with each day corresponding to a different attribute within the seven lower Sefirot of Chesed, Gevurah, Tiferet, Netzach, Hod, Yesod, and Malchut. Thus each day encompasses a unique combination of Sefirot.

When applying this formula to the genealogies from Shem’s son, Arpakhshad, through to Terach, Avraham’s father, it becomes apparent that every father begat their son during the Sefirah of Hod, as they were each aged between 29 to 35 years old (Beresheet [Genesis] 11:10-26):

However, this peculiar chain of seven generations is broken with the birth of Avram and his brothers:

The fact that Avram and his brothers were born when their father was 70 years old, Yesod within Tiferet, implies the kabbalistic significance of “foundation within spirituality”.

Interestingly, all three of Terach’s three sons, Avraham, Nachor, and Charan, each contributed to the genealogy of the Children of Yisrael. Avraham, of course, is the progenitor of the Jewish people, being the father of Yitzhak. Charan meanwhile married Nachor’s daughter, Milka, thereby creating a link. Together they were thus the grandparents of Rivka, as well as the great-grandparents of Ya’akov, Leah, and Rachel.

Avraham, who symbolizes the Sefirah of Chesed, was instructed to leave Charan at the age of 75. 75 – 50 = 25 is equal to Netzach within Netzach, symbolic of Moshe who received the Torah on Mount Sinai.

Sarah was 91 years old when she was told about the birth of Yitzhak. 91 – 50 = 41 is Yesod within Yesod, symbolic of Yosef who symbolizes Mashiach ben Yosef.

Likewise, when Avraham was 99 years old he was told he would become the father of Yitzhak. 99 – 50 = 49 is Malchut within Malchut, symbolic of David who symbolizes Mashiach ben David.

Taking the age of Avraham when he was instructed to leave Charan, as well as the age when he was told about the birth of Yitzhak, we understand the promise of Yisrael becoming a royal priesthood for HaShem hinted hundreds of years prior to Matan Torah. As it says in Shemot (Exodus) 19:6, “…but you shall be to Me a kingdom of priests and a holy nation.”

Rashi’s ambiguous commentary (Beresheet [Genesis] 21:17 and 25:17) on Yishmael leaves us with an age-old question: Did Yishael complete his life as a Tsadik (righteous person), or as a Rasha (wicked person)?

We know that Avraham was 86 years old when Yishmael was born (Beresheet [Genesis] 16:16). 86 – 50 = 36 is Chesed within Yesod. This could be considered Yishmael’s life purpose, to continue in the legacy of his father, that being loving-kindness.

However, we learn Yishmael died at the age of 137 years (Beresheet [Genesis] 25:17). 137 – 100 = 37 is Gevurah within Yesod. Thus Yishmael lived his life in the complete opposite manner to his father. Thus, we could state he failed his life’s purpose and tragically died a Rasha. A bold claim, indeed.

We know Yosef died aged 110 years old. 110 – 10 = 10 is Tiferet within Gevurah or Ya’akov within Yitzhak. Thus it confirms how Yosef successfully carried on the legacies of both his father and his grandfather.

David: The Beauty of Prose

In Divre Hayyamim Alef (1 Chronicles) 23, we learn that David lowered the age Levi’im began their service from age 25 to age 20. This was due to them no longer being required to transport Aron HaBrit (the Ark of the Covenant) and other holy instruments. The number 20 is Yesod within Tiferet, kabbalistically known as “the power of communication within beauty”.

Appropriately, at this age, Levi’im began singing praises (communicating) to HaShem in the presence of the Shekhinah inside the Beit HaMikdash (Temple), the most beautiful building on Earth.

Interestingly, David died at age 70. 70 – 50 = 20. It comes as no surprise that David is renowned for his poetry and song, particularly those found in Tehillim (Psalms).

These are, of course, mere snippets within an epic. If you were able to follow this Chidush all the way through, I encourage you to use this formula to continue studying biblical numbers. You’re bound to find all kinds of hidden gems. At the very least I hope you now understand that there is much more to biblical numbers than meets the eye.

Here’s an added bonus: The State of Israel was founded in 1948 in the Gregorian calendar. 48 is Yesod within Malchut or foundation within kingdom. Better yet, perhaps it signals the power of reconnecting to the kingdom?