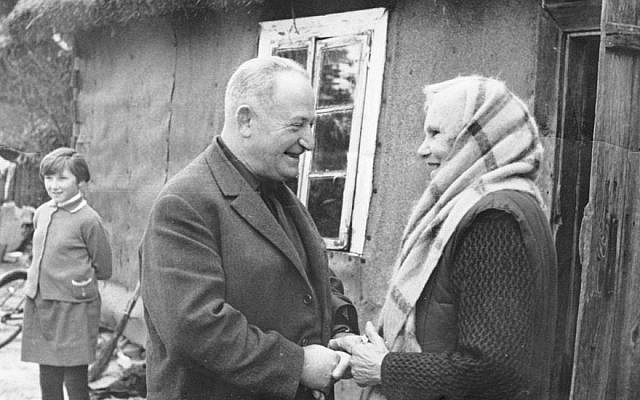 What do you think of when you hear the word “Holocaust”? I bet you think of helpless Jews wiped away by evil monsters while the world watched and did nothing.

Every word in that sentence is wrong. The Jews were not helpless, and they were not wiped away. The Nazis were not evil monsters. And many people did something to help.

On this Yom HaShoah, we need to rethink how we teach and even think about the Holocaust.

The Nazis were not “evil monsters” — they were ordinary people who made very bad decisions. This distinction is important. We cannot learn from “evil monsters.” We can learn from ordinary people who got swept away by events and by beliefs that led them to do horrific things. By understanding their mistakes, we can identify events and beliefs that might lead us to repeat those mistakes.

As an example, the first killings of Jews on the Eastern front were not ordered by the German government. They were perpetrated by soldiers who were told to take eastern Europe from the Communists. These young men had been taught to believe that all Jews were evil, communist sympathizers. Should we be surprised, then, that they killed the Jews along with the Communists? When you teach hate and fear, you raise grownups who hate and fear.

How much of our media coverage equates Muslims with terrorists, the way the German media equated Jews with Communists? At that time, Communism was the great evil to be feared, as terrorism is now. Those young men’s parents thought they were teaching their sons to protect themselves from a threat. That their sons might someday use those lessons to justify mass murder likely never crossed their minds.

Hate builds by steps. Hate starts with little things — stereotypes, jokes, negative ideas about groups of people — and moves up the steps of bullying, discrimination, and violence, eventually leading to genocide. Stereotyping does not automatically lead to genocide. However, the acceptance of each level of hatred makes the next level a little bit easier. Accepting that next level of hatred then makes the next level just a little bit easier and a little bit more normal. The story of the Holocaust is the story of a whole people walking up these steps without anyone stopping them.

Except, once again, that sentence is wrong because many people did work to stop them. And just like the perpetrators, these “helpers” were ordinary people. Yet when we talk about those that helped, we label them as special “righteous” people. This again is the wrong lesson. We need to recognize that we do not have to be unusually good and brave to make a difference.

In truth, whole communities were saved by the willingness of ordinary people to stand up to the Nazis. The Jewish population of Albania, the only Muslim country in Europe, increased from 200 to 2000 over the course of the war because the Albanian people hid any Jew who came across the border. Merushe Kadiu, whose family sheltered two Greek Jewish children, said, “Those years were fearful, but friendship overcame all fear.” By recognizing that ordinary people made enormous differences, and that whole communities were able to stand up to the Nazis, we begin to understand that we can and must respond to acts of hate in our own communities.

The Germans of the 1930s did not think that such atrocities could happen in their modern, “civilized” country. The difference between them and us is that we know — we know what human beings are capable of and we know that our actions can make a difference.

We can stop the walk up the steps of hate. We can learn the lessons of the Holocaust, but only if we learn to recognize ourselves in all the people involved — not only the victims but the perpetrators and the helpers as well.