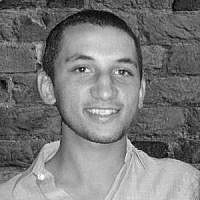 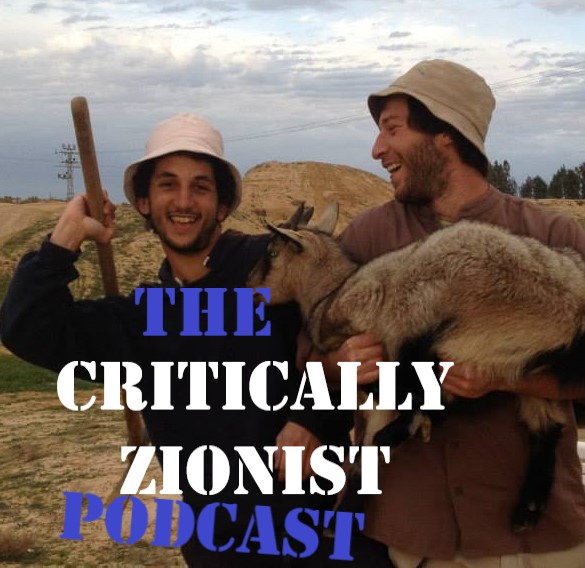 When Seth Rogen appeared on Marc Maron’s WTF podcast on July 27, 2020, he knew that some Jews would get upset, but probably could never imagine the firestorm that would ensue in the Jewish world. Since then, Rogen has been called both an ignorant self-hating Jew and also the ‘canary in the coal mine’ for Zionism in the American Jewish community. Some lauding his comic genius, while others called him an enabler for antisemitism.

So how can we make sense of all of this after the dust has settled?

The latest episode of The Critically Zionist Podcast discusses this conversation between Seth Rogen and Marc Maron at length and surfs the shockwaves that followed. We look at who was upset about what; and why one part of the episode was offensive, but other parts avoided backlash. And after all of this noise, we ask if there were any ideas worth listening to? Most importantly, did anyone come out of this mess listening any better to a different perspective than their own?

We were worried that Rogen might have to join Roger Waters on the list of artists we can no longer support because of their antagonism to Israel but left feeling that Seth Rogen taught us an important lesson about the way diaspora Jewry relates to Israel.

Maron and Rogen, who are both Jewish comedy superstars, entered into a conversation they very rarely discuss – their Jewish upbringing and Israel. Maron himself puts it best in his disclaimer:

Maron: If you’re antisemitic this is going to definitely trigger you. Very Jewie, talk, it might be the most Jewie talk we’ve ever had on the show.

As you may have heard, the discussion of the two Jewish comedians about their connection to Judaism and Jewish peoplehood and Rogen’s comments ventured into his apparent dissatisfaction with Israel.

Some comments were seen as questioning the legitimacy of the State of Israel:

If [Israel] is for truly the preservation of Jewish people it makes no sense… you don’t keep something you’re trying to preserve all in one place, especially when that place is proven to be volatile…. I’m trying to keep all these things safe. I will put them in my blender…

Other comments challenged the narrative of mainstream Jewish education:
I was fed a huge amount of lies about Israel my entire life. They never tell you that, oh by the way there were people there. They make it seem like it was just sitting there with the f-ing doors open. They forget to include the fact to every young Jewish person…there were people there.

These comments and others set Jewish and Israel Advocacy Twitter ON FIRE! Here’s just a sample from Twitter: 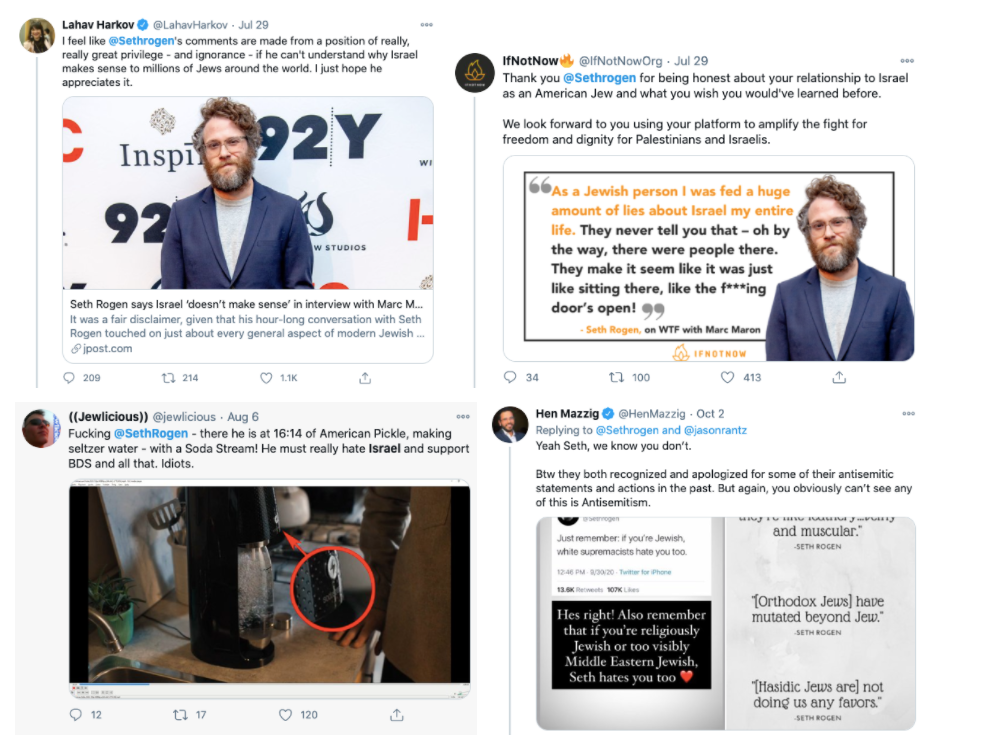 Countless op-eds and blogs were written about their conversation. Just search in the Times of Israel blogosphere for Seth Rogen and you can read any number of reactions from here, here, here, here, here, and here… and then multiply that by 10!

The Critically Zionist Podcast aims to use this conversation that Seth Rogen started to help provide a window into understanding where American Jewish Zionism is today. This fascinating selfie that Rogen and Maron took with liberal-Jewish America is a conversation that should continue for years. We want to keep that going!

You can listen to the episode on apple podcasts or wherever you get your podcasts.