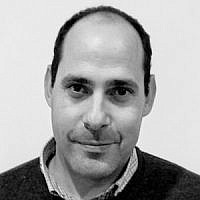 The Blogs
Gedaliah Afterman
Apply for a Blog
Advertisement
Please note that the posts on The Blogs are contributed by third parties. The opinions, facts and any media content in them are presented solely by the authors, and neither The Times of Israel nor its partners assume any responsibility for them. Please contact us in case of abuse. In case of abuse,
Report this post.

Much has been said about US President Donald Trump’s recent visit to the Middle East but it’s worth remembering that only a few weeks earlier a mirror image of Trump’s Middle East tour took place in China. In mid-March, King Salman of Saudi Arabia and Israeli Prime Minister Benjamin Netanyahu visited Beijing in the same week. These visits, combined with other diplomatic activities, reflect the fact that China’s engagement with the Middle East has been growing steadily in recent years.

The surprise and the sense of unpreparedness China experienced from the Arab Spring (particularly the fall of the Mubarak regime in Egypt and the need to evacuate thousands of Chinese workers from Libya), and the sense of opportunity created by growing frustration with the Obama Administration’s Middle East policy, has led China to gradually adopt a more active approach to the region,  still seen as US strategic territory.

China has tried to balance its relationships and bypass regional strategic and ideological divides by pursuing ties with Iran and getting closer to Saudi Arabia, Egypt and Israel. China, the biggest oil importer in the world, has developed substantial energy trade with both Saudi Arabia and Iran.

President Xi Jinping’s trip to the Middle East in early 2016 was hailed by the Chinese media as a significant step that showed the importance of the region to China. Saudi Arabia remains China’s largest oil supplier (with stiff competition from Russia) but the same visit also made President Xi the first foreign leader to visit Tehran following the lifting of sanctions as part of the nuclear agreement reached with the P5+1 and the EU. China took advantage of this breakthrough by securing new energy deals with Iran.

In Israel, China’s interest is focused on technology and innovation. It also sees Israel as a potential strategic point on its ambitious One Belt One Road route. China and Israel are marking their 25th anniversary of diplomatic relations with Chinese investment in Israeli hi-tech reaching new highs. China has also shown renewed interest in Israeli dual-use and military technologies, despite a US embargo on the sale of such technologies to China by Israel.

Taking a broader view, over the last decade – and increasingly in recent years – significant changes in China’s policy towards the region can be detected. China has been gradually moving away from its traditional Non-Aligned Movement positioning and has adopted a leveraged ‘minimum investment maximum gain’ approach towards Middle East countries, with the growing understanding that, as a major power, it could gain from adopting a more balanced approach to the region.

These policy changes appear to be driven by three factors. Firstly, China’s dependency on Middle East oil and gas has increased significantly, and energy security is becoming a primary concern. Secondly, the ‘Arab revolutions’ that reshaped the region and the rise of Islamist jihadism (ISIS in particular) is a source of concern to China both in terms of foreign and security policy, and in terms of domestic stability, given the ongoing unrest among its significant Uighur Muslim population.

The third important factor is the China-US relationship. Amid tensions between the two powers in the South China Sea and elsewhere, and the perception among Middle East countries, including US allies, of a gradual pivot away from the Middle East by the US in the Obama years, China has an opportunity to increase its influence in the region and strengthen its position in the global power game.

The fact that the Middle East was the destination chosen for Trump’s first overseas trip as president (the first US president to do this) has been taken as a signal of renewed American interest in the region. Trump’s visit came only a few weeks after his decision to launch an attack on a Syrian airfield in retaliation to a chemical attack by Bashar Assad’s forces in north-west Syria. Following Trump’s election victory, many Chinese analysts were expecting the new Administration to take a relatively narrow approach to the Middle East that focused on eliminating ISIS and were taken by surprise by Trump’s decision to retaliate against the Syrian army and its Russian backers.

While a better informed foreign policy, energy needs and an interest in technology have indeed contributed to the development of China’s relationships with Saudi Arabia, Iran, Israel, and other countries in the region, it is China’s relationship with the US that has been – and will continue to be – the most influential factor in China’s policies towards the Middle East.

China is unlikely to assume an active role in the battle against ISIS, or adopt a substantial role in brokering regional peace, but the eagerness among Middle East countries to develop trade with China, and China’s own energy and technology needs, mean its push into the Middle East is likely to intensify in coming years. That said, China remains alert to the US and its evolving role in the region. Washington’s forceful ban on the sale of military technology to China by Israel, and the fear that, despite the strong trade ties, if push comes to shove the US could force Saudi Arabia to shut off China’s oil tap will continue to influence Chinese policy in the region.

This article first appeared on the Lowy Institute’s digital magazine The Interpreter.

About the Author
Dr. Gedaliah Afterman is the Head of the Asia-Israel Policy Program at the Abba Eban Institute. Well experienced in International Relations, he takes particular interest in Asian regional security, Chinese foreign policy as well as superpower competition and its impacts globally and in the Middle East. His previous roles include serving as a diplomat at the Australian Embassy in Beijing; International Strategic Policy Specialist at the Australian Department of Foreign Affairs (DFAT); Fellow and China Programme Lead at the Jewish People Policy Institute (JPPI) in Jerusalem. Dr. Afterman holds a B.A. in Philosophy from the Hebrew University of Jerusalem and a Ph.D. from the University of Melbourne.
Related Topics
Related Posts
Comments