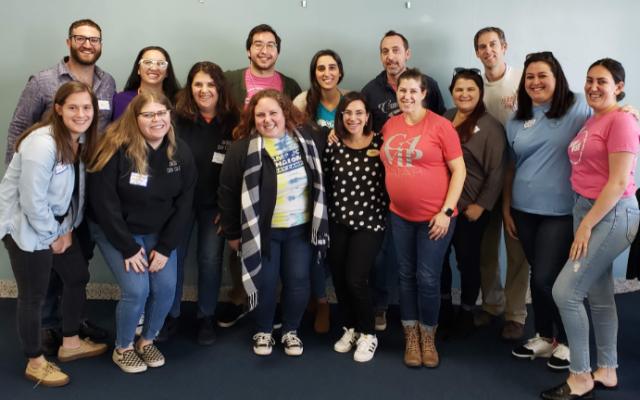 The magic of Jewish camp mishpacha isn’t just for campers.  For more than 20 years, Foundation for Jewish Camp (FJC) has worked to help camp professionals become part of something larger than themselves alone.  I’ve been privileged to witness and experience the power of Jewish camp to bring otherwise disparate people together, create genuine and meaningful connections, and unite us as a community.

Earlier this week, I was fortunate to forge new connections with several wonderful Jewish day camps in Los Angeles. Facilitated by FJC’s new West Coast Regional Director Margalit Rosenthal, the convening included 14 professionals (including three rabbis) representing 11 day camps (JCC day camps, synagogue day camps, and even specialty day camps) serving more than 2,000 campers during the summer. This was our first time meeting one another together as a group (in fact, this event was the first of its kind to take place on the West Coast), but the moment we began to speak, it became abundantly clear that we were aligned in our commitment to Jewish camp and serving the Jewish community at large.

The Day Camp professionals in attendance expressed their gratitude at being brought together to share best practices, collaborate on addressing common challenges, and dream up new possibilities.  It’s such a wonderful feeling to see our strategic priority to bring Jewish camps together through regional centers begin to manifest in such a powerful way, and we know there’s so much more to come.

My time in LA allowed me to reflect yet again on the ever-more-apparent importance of Jewish day camps to the vitality of the field – and their importance in attracting and sustaining engagement in Jewish life especially for families with young children. If you haven’t yet had a chance to read the two recent studies on the long-term positive impacts of Jewish day camp, I highly recommend them.

We know that Jewish camp provides an incredibly powerful and positive experience. I’m confident you’ll share my sense of pride in the way Jewish day camps increase the range and diversity of Jewish camp offerings and experiences, ensuring every young Jewish person can find their perfect Jewish camp community.

Connecting with the LA Jewish Day Camps was a powerful reminder of the dedication, capability, and passion that characterizes the Jewish camp mishpacha – and the incredible potential for innovation and learning we unleash when we come together to dream big about a more engaged, more connected, and more vibrant Jewish future.