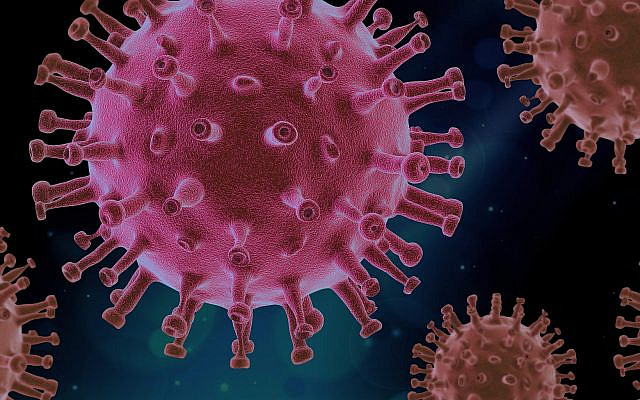 Image by PIRO4D from Pixabay

If someone asked you to think of a well-known conspiracy theory, which would be the first one that came to mind?

Well, there are plenty of silly ideas floating around the cybersphere nowadays.

And sad to say, the rise of the internet has been accompanied with a rise in antisemitic and anti-Israel propaganda; rather than in a salutary remission of this longstanding ideological cancer of Jew-hatred.

However, the utter ubiquity of conspiratorial thinking as part of the darker underbelly of human nature means that Israel, just like any other country, has not been found entirely immune to this problem.

I found it interesting to read recently about the rather ironic spread of COVID 19 Conspiracy theories to Israel, as well as Netanyahu’s unfortunate descent into conspiratorial accusations about his enemies.

Of course, we all know that professing conspiratorial opinions about one’s perceived political opponents is always a bad sign for any political leader.

And some observers both in Israel and abroad may be tempted to wonder if this means the increasingly wild and erratic Netanyahu is well past his prime, and maybe a change of leadership would be a beneficial change that may well breathe some life into the peace process between Jews and Arabs in the Holy Land?

His tone is quite objective, but elsewhere online, I have seen social media accounts from various people (or could they be bots?) sneering about those who fall for COVID conspiracy theories about Bill Gates, 5G, nanochips, or even the non-existence of the very virus itself.

The sneering, mocking tone of some commentators towards conspiracy theorists and also towards anti-vaxxers specifically, sometimes combined with an almost unhinged hostility, has a number of prejudicial implications: classism, racism, religiophobia and otherwise.

Despite the feigned outrage of some comments, however, it is clear that the metropolitan elite (and those who wish they could join their hallowed ranks) secretly rather enjoy at those they consider to be a ‘Third World within the First World.’

This attitude is a kind of internal colonialism, and their perverse glee of their crygasms and exotic spresms lies in the fact that conspiracy theories are often believed by those who are among the most socio-economically vulnerable…

And thus more likely than others, on the whole, to have a healthy scepticism for authority!

It is undoubtedly true, of course, that this healthy scepticism becomes unhealthy the moment it turns in some kind of cult-like, conspiratorial direction.

However, how much of the faux-rage and authentic-enough-ridicule actually comes from a gnawing sense of discomfort…

About the very existence of those who have never been so anaethetised by luxury and comfort as to be able to take some kind of comfortingly blasé and uncritical view of power and of existing socio-political structures?

For no matter, whether it’s the haughty highbrow, the slippery social climber or the proxy bon viveurs and viveuses, there’s one thing they all have one thing in common: an overwhelmingly unexamined glee at the errors of those who are not fit to lick their boots.

There is a real problem of humility.

Yet leaving aside virtue ethics, important and all as it is, there are also some very real dangers here from a more consequentialist perspective!

Because whether it is comfortable for everyone to admit this or not, the most effective way of aiding those mischievous actors maliciously concocting COVID conspiracy memes is to do precisely this: to persistently laugh, scorn, threaten and demean at those who fall for them and share them.

Going full ‘Basket of Deplorables’ over people who are quite understandably distrustful of politicians, experts and the media is the best possible service people could possibly do the dictatorships like Moscow who are behind a lot of the fake news and conspiracy theories about COVID 19.

There’s nothing sinister autocrats like Putin wants more than for all these insufferably High Information Voters (or whatever they’re calling themselves these days) to get up on their high horse and empty all over the alienated and anxious.

Instead of ridiculing people out of hand, why not engage your curiosity and speak to them like a human being, preferably offline if you already know them from offline?

And find out what motivates them.

Find out what their hopes and fears and dreams are.

See why they are distrustful of authority.

In most cases, it is almost impossible to use empty ridicule to change the views of most people passing on dangerous, conspiratorial gossip from Twitter or 4 Chan.

If people claim they don’t have the energy to invest on people they clearly consider to be irredeemable, and beneath them as much by class status than by the genuine problem (their tendency to embrace conspiracy theories), then they can at least refrain from hardening them any further in their mistaken ideas.

What I am saying here of course is quite dangerous thinking, and I obviously need to emphasise that people are not only responsible for what they know, but also what they don’t know.

What I’m talking about here is not tantamount to absolving people of any moral guilt from following the pernicious nonsense that conspiracy theorists are constantly churning out.

What I am actually doing here is highlighting the line between principled, righteous anger at people who are spreading conspiracy theories, versus the more opportunistic, elitist tendencies that masquerade as opposition to hateful and otherwise misleading propaganda narratives.

Those who spread conspiracy theories may be in many ways unlikely, unpalatable, unsavoury figures; but from a strategic perspective, there is generally more to be gained from empathy than from writing people off; and indeed, it is more tactical to sound an unambiguous note of principled opposition, than to mingle legitimate anger with chic, sophisticated urban condescension.

The words of rabbi Michael Lerner in the immediate aftermath of the 2016 US election are good for non-Jews who care about antisemitism and about the other hateful tendencies commonly bound interwoven with viral conspiracy theories:

… Working people’s stress is often intensified by shame at their failure to “make it” in what they are taught is a meritocratic American economy. The right has been very successful at persuading working people that they are vulnerable not because they themselves have failed, but because of the selfishness of some other villain…

He goes on to speak of the economically privileged and of the blind spots some of them have to their own prejudices:

… Progressive on issues of discrimination against the obvious victims of racism and sexism, they are blind to their own class privilege and to the hidden injuries of class that are internalized by much of the country as self-blame. The right’s ability to portray liberals as elitists is further strengthened by the phobia toward religion that prevails in the left… If the left could abandon all this shaming, it could rebuild its political base by helping Americans see that much of people’s suffering is rooted in the hidden injuries of class and in the spiritual crisis that the global competitive marketplace generates.

… While it’s tempting to say that if people aren’t getting vaccinated, it’s their own fault and their own problem, it’s not entirely true. People don’t usually choose the communities they grow up in, and if you live in one where lots of people don’t trust the British establishment for whatever reason, I don’t think it’s fair to say that it’s your own fault.

Ultimately, while people are still personally responsible for their own refusal to gain true and accurate knowledge about the world, there is also something to be said for sounding the alarm on the destructive and radically un-strategic and counterproductive implications of any purely zealous and unempathetic approach to countering conspiracy theory nonsense.

So let’s not forget that given the important role those of us who are non-Jews have to play in fighting antisemitic and anti-Israel tendencies (including but not limited to conspiracy theories!) we can benefit from deciding when to call someone out, and when to call someone in.

Calling out is overt, public denunciation of someone, often in real-time, in the immediate aftermath of a comment.

Calling in is more about appealing to someone’s better nature and using critical empathy to understand why they say the things they do.

Of course, the world is in a very dangerous place today, and it goes without saying that calling in is not always the right thing to do.

Sometimes, calling out is a regrettable necessity.

However, given that calling in is a skill that is in serious danger of being lost today, it is eminently worth bringing to mind how valuable it can be for such perilous times as these.

I will have some stories of my own about this topic later, which may be of some value to others reading my blogging profile at Times of Israel.

And as hard as it can be for so many of us in the increasingly chaotic and divided global crisis of today, let’s try and remember the radical, transformational power of understanding the seemingly imcomprehensible, and empathy with the apparently unempathisable.

Someone who gets angry is like one who worships idols.

Perhaps non-Jews can try and share the emotional burden of patiently uncovering what makes conspiracy theorists, antisemites and anti-Israel ideologues tick, so that we can challenge toxic ideas and rhetoric strategically, rather than out of the raw self-righteous zeal that so often lowers reasonable people to a station lower than the cumbersome beasts of the field, and the erratically flightsome birds of the air.

If we refuse to let the sun go down on our anger, then the prickings of our moral energies can be rightly channelled, in a direction that is not purely destructive, but genuinely transformational.

For as the Psalmist has rightly sung:

Tremble and do not sin; when you are on your beds, search your hearts and be silent.

But there is another silence, that is a silence of humility and presence.