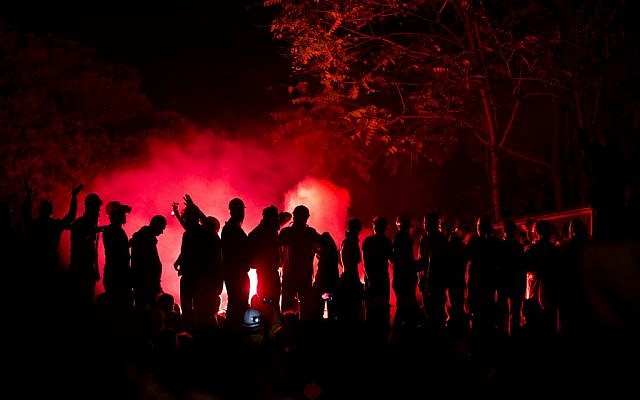 Yesterday, Turkish Deputy Prime Minister Besir Atalay was quoted as saying that the Jewish Diaspora was behind the demonstrations in his country.

Today, in an exclusive piece, the Times of Israel reveals a copy of the Jewish Diaspora’s meeting minutes anonymously leaked after their most recent conference call.

Conversation:  While the Jewish Diaspora is generally pleased with the number of young people traveling to Israel, our procreation rates are too low.

Conversation:  The High Holidays are only two months away.  Marketing efforts must commence immediately to meet our synagogue attendance quotas.

Conversation:  The goyims’ annoying habit of occupying our “Jew-Only” spaces

Action Item:  Phone calls to Mayor Bloomberg to rectify the situation by towing any non-members of the Tribe who are in violation.  PLEASE remember to call the mayor on his private Jew line: +972.2.500.7007

Conversation:  It has come to our attention that Israel’s neighbor Turkey is experiencing tremendous success.  We, the Jewish Diaspora, will not stand for this.

1)  Turkey’s GDP currently sits at 15th largest in the world.  Our South American office has graciously volunteered to make sure they drop to 87th by February 2014 through a combination of sketchy accounting practices and by petitioning the Ramaz School to coordinate a worldwide Kebab Boycott-Divestment-Sanction effort.  If you would like to be part of these efforts, please send intra-office mail to Moises Cohen in our Brazil office.

2)  To our undercover intelligence agents who have helped spark the protests in Gezi Park, we wish to extend a hearty yashar koach to you.  Your efforts have not gone unnoticed; expect some extra “gelt” this upcoming Hanukkah.  Our involvement in another nation’s internal affairs will continue this week, however, PLEASE NOTE:  when wreaking havoc in a foreign country’s riots, do your utmost to blend into the local population.  Wearing your “Camp Heschel” t-shirt is forbidden.

Also, if you are interested in attending this week’s demonstrations in Istanbul, you MUST have a permission slip signed by your parent or legal guardian NO LATER than Friday, June 30th.  Jewish Diaspora members with heart conditions will be forbidden from entering any areas where tear gas or water cannons may be deployed.

Roslyn Feldbarf-Rabinojew of the Congregation Bnai Zion in Golders Green is the winner of our monthly weekly raffle.  Roslyn will receive a year’s supply of noodle kugel.  Mazals to Roslyn.