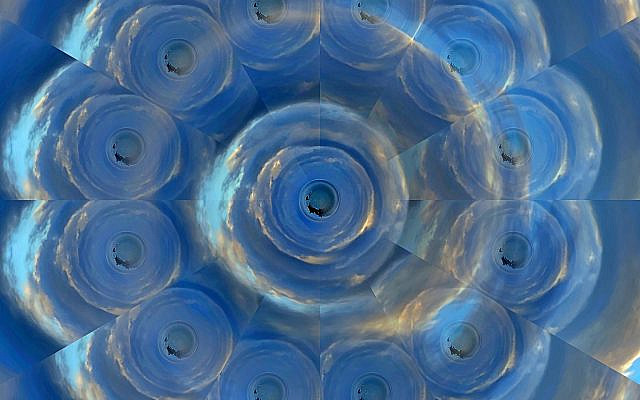 In the Part I of this brief introduction to my new BEREISHIT VISUALISED series, I have described the genesis of this new artistic project.

Continuing the introduction of the series, I opted for the works which illustrates my thesis about the emphasis of my artistic interest while creating this visual interpretation of Bereishit: specific substances as a precondition of the Creation occurred for every phenomenon described the opening of the Torah, our basic manual for life; and  the inner dynamic of the episodes of the Creation.

To comment on the selected works in the Part II of the Introduction to the Bereishit Illustrated series, both substance and inner dynamic are in the focus in the Essence of Light work.  In my understanding based on a several years studies of focused studies of the deep Torah commentaries by Rashi, Baal HaTurim, HaRav Isaac Luriah in the narrative of Chaim Vital, Rav Yitzhak Ginsburgh and Rabbi Yosef Soloveitchik, the essential substance of light is the energy of good, and the light as the primary element of the world is not always homogeneous. It has its own dramas and its own challenges, some of them I have tried to depict in the Essence of Light work. 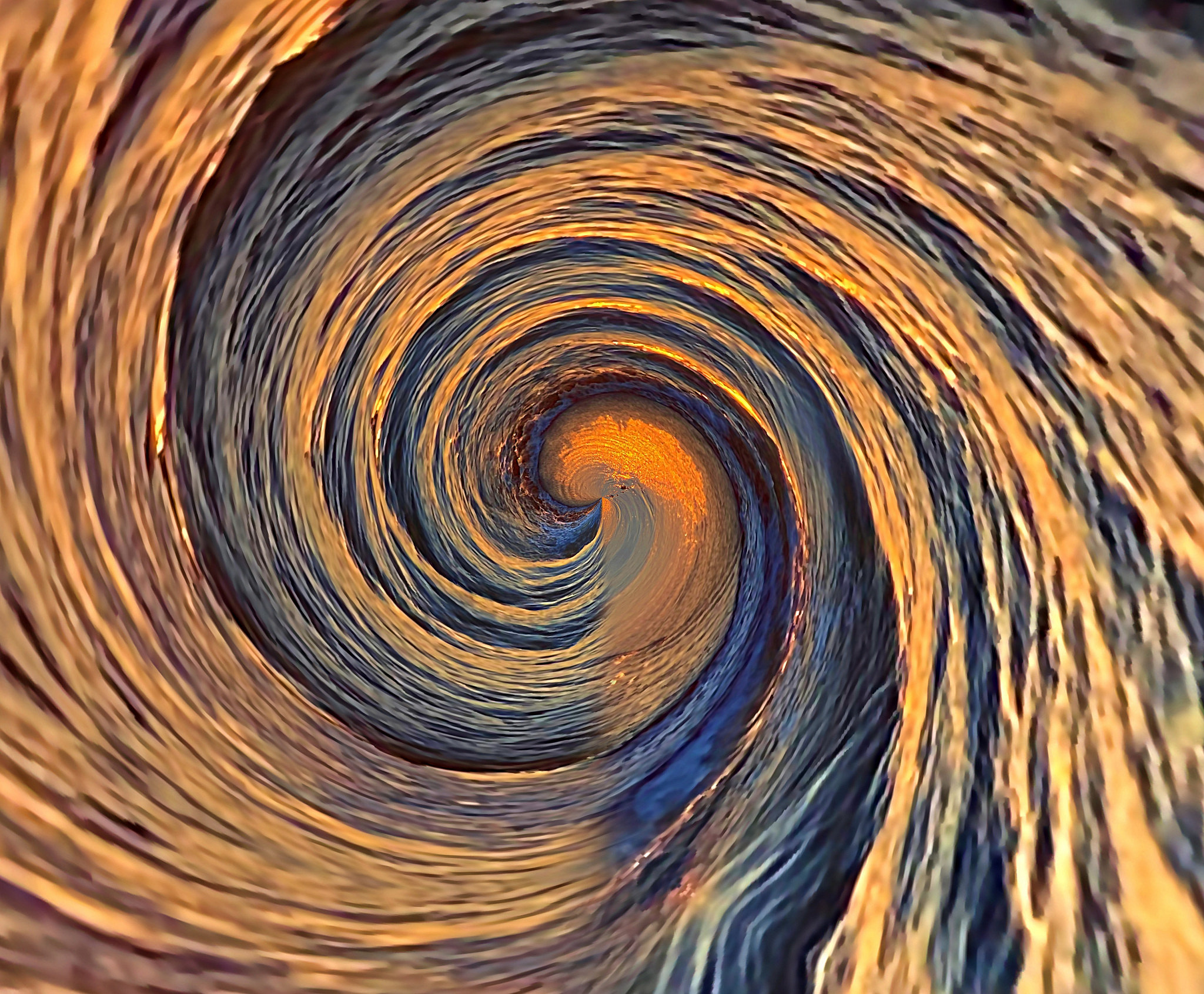 Observing the Bereishit as a process, I was interested not just to illustrate the principal episodes of what has become as the known ‘the stones of the Creation’, but to think and to contemplate artistically,  of what could be ‘the protoplasm’ for the elements and phenomena created during those Six Days?

For example, before the water was created in the form of a sea, as an element, there supposed to be a substance of it, a precondition, a material which from seas were created on the Second Day of the Creation. This thought is illustrated in the Creation of Water II. Creation of Substance of Water work. Artistically, the thesis is resolved in a multi-dimensional contrast, both colour and form-wise, to emphasise a novelty and vitality of newly-created substance of water which is recognised as the strength and vitality of life in the Talmudic and widely in the Jewish tradition. 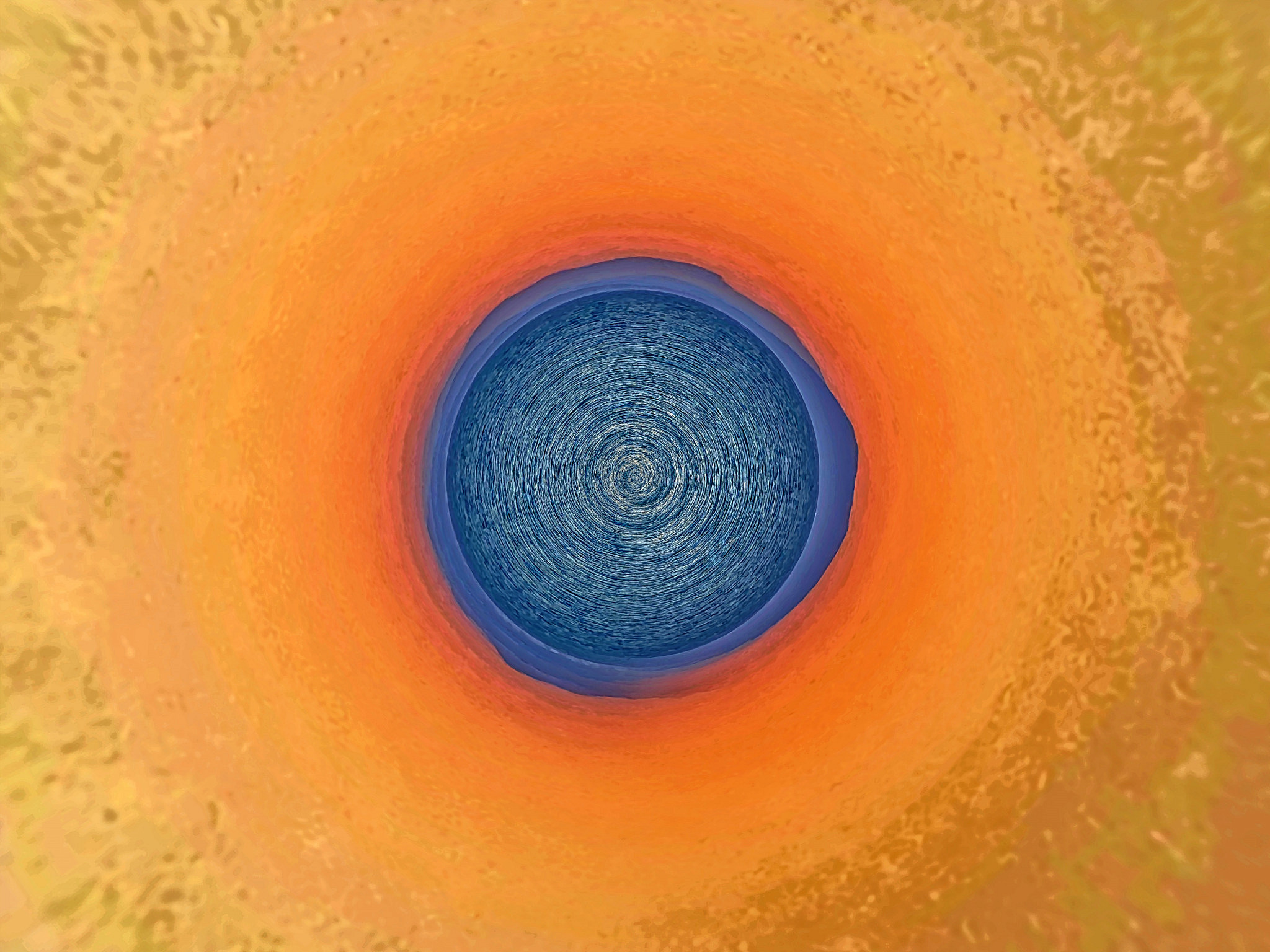 In the case of the creation of the Sun, I was mostly interested not in that substance, because in my understanding, it is beyond capacities of human intellect . The different episodes of the Creation and phenomena created do differ in our capacity to comprehend it,  indeed. My attention was focused on the circumstances of the processes of that dizzy Day IV of the Creation where all celestial lights came to existence, to illuminate life.

It is really amazing to see on how many scenarios were created at once, on that Day IV of the Creation, the scenarios which would make life bearable, dramatic, jolly, desperate, hopeful, and hopeful-against-hopeful for millenia to come. In my Creation of the Sun I work, I placed the main source of hope and joy in human life, and also substantially so in the life of nature, appearing from behind something totally opposite to the Sun’s generous warmth and energy, something metallic, fixed, grey, unpleasant and not welcoming. And what a difference the Sun has made – even in my picture, not to speak of the sensation which every human being is aware of when the sun’s rays reach us, or when a sunny day uplifts us unmistakably every single time this celestial generosity happens. The quote which is a part of the work’s title, “Only Sun is a Light’, is from the Baal HaTurim’s commentary on the Bereishit . 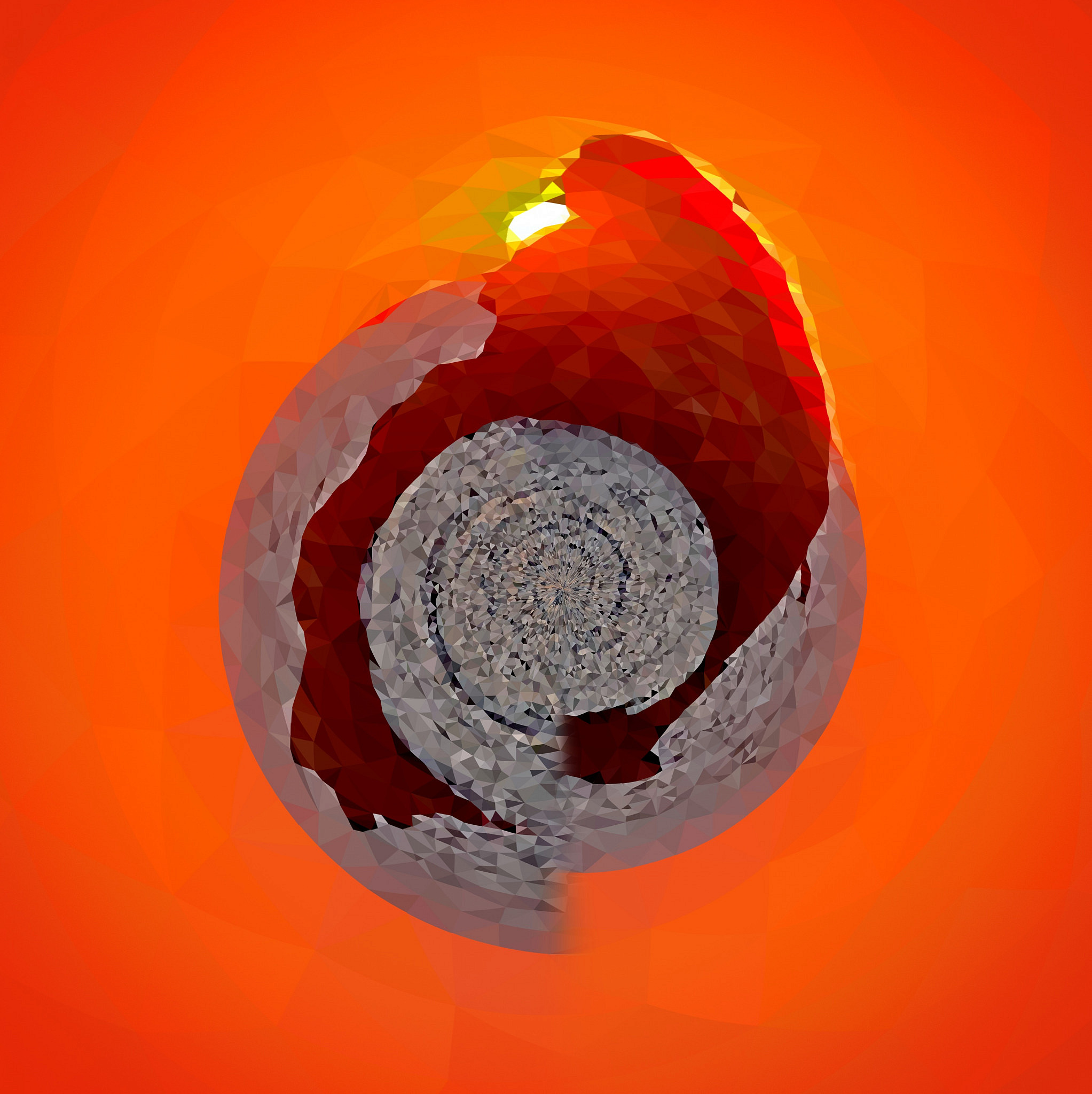 Working on the interpretation of the creation of the Moon, I tried not to repeat all too well known cliches with this regard. And I also was interested in examining the drama of the Moon about which there are so many  references all over the Rabbinic literature. My conclusion of the research into that Moon’s own drama has come in a dual way, if to speak about physical appearances of the inner metaphysical processes: the coldness of the Moon’s colour and its light’s reflection, but at the same time, the regular, stable and mighty intensity of its reflection of that cold light.

According to the Talmud and many profound comments, both the Sun and the Moon do have their own characters of expression, and both of them are strong – they were created on the same Day, after all, so the energy and intellectual componenta of the created in the same Day phenomena should be same or similar in character. 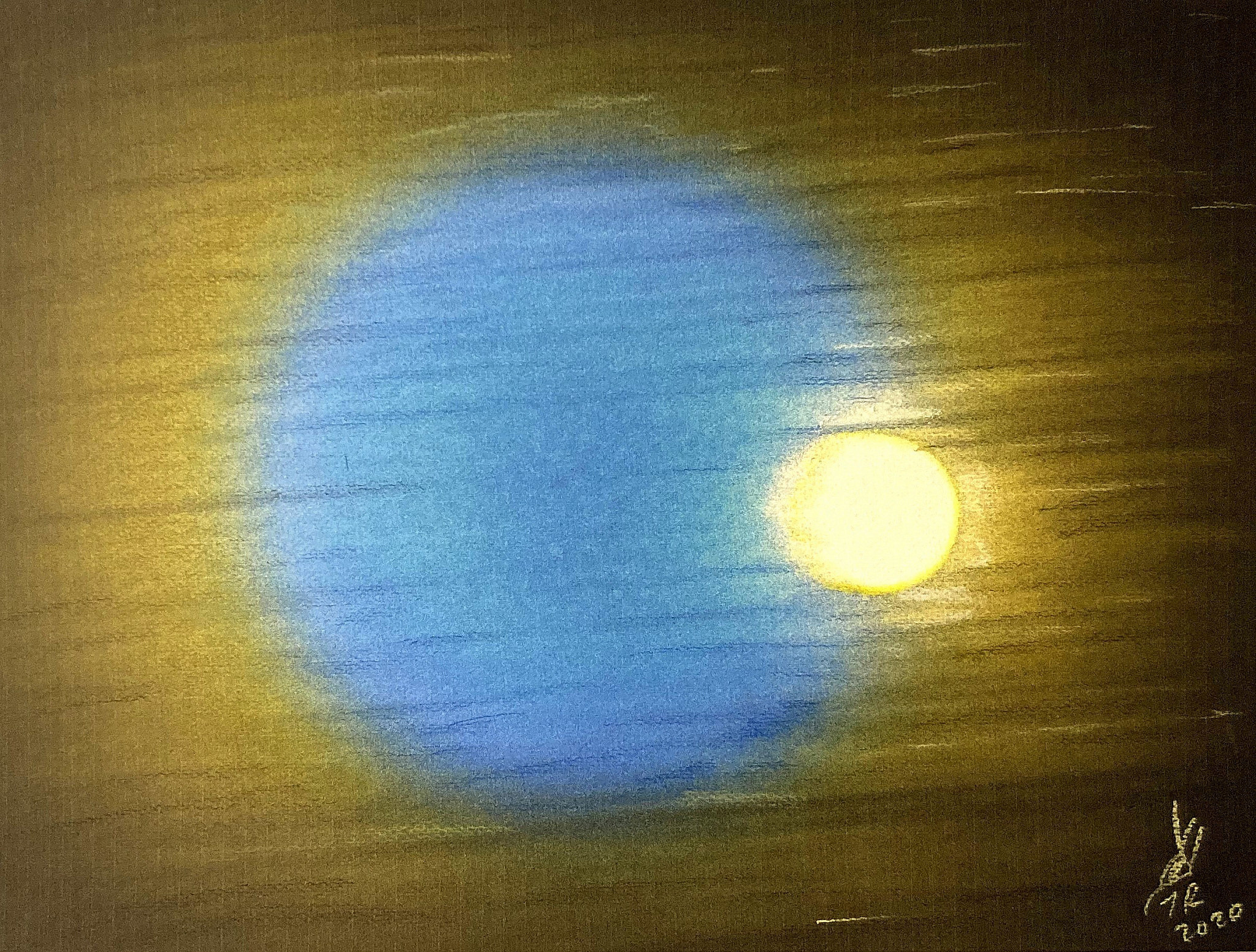 Among many principal natural phenomena in a human life, and the circles of those phenomena, sunset is quite-essential in Jewish tradition. It marks the beginning of a new day, thus setting our perpetual calendar in a special motion. As at the moment of the Creation happened on the Day IV,  Sun and Moon are meeting up regularly at the time of sunset. A beautiful, reflecting, thoughtful moment which is absolutely magnetic for anyone, everyone. This is how I imagined the very creation of sunset in Creation of Sunset I work. 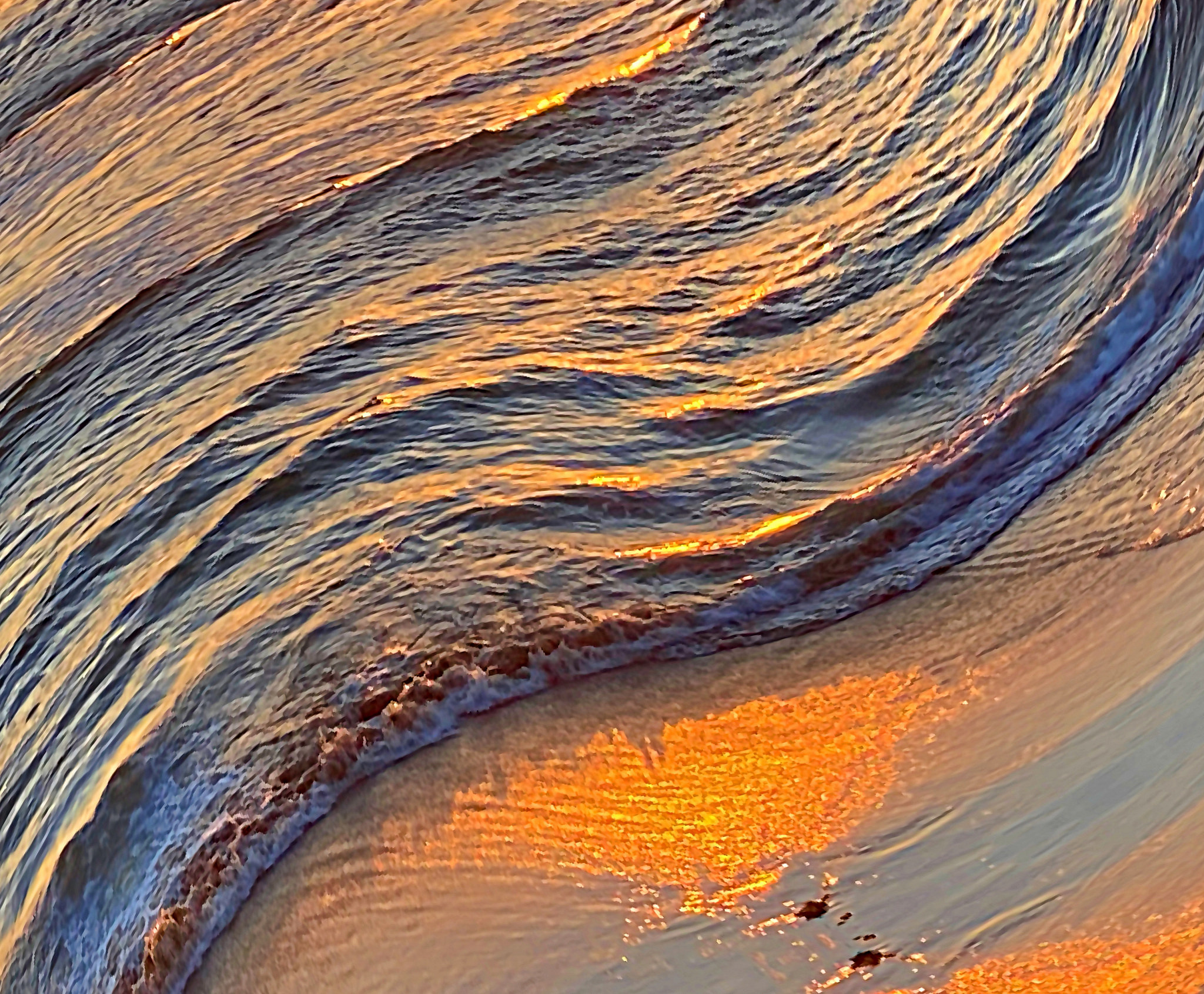 With regard to visualising stars, the very moment of their creation, with its ever-present magnetic and meaningful mystery in what is imprinted in our general perception as the ‘birth of a star’ formula, was of the most interest, to me. The term and the meaning of a star has a special, positive, assuring connotation all over the Jewish tradition, starting from the Creator’s promise to Abraham at the moment of the Covenant: ‘your people will be more than stars in heavens’. This promise was repeated to both Jacob and Moses. So, the star is the strongest allusion of hope in the Jewish psyche. And we like it that way.

In a physical realm, normally, we can see myriads of stars as such, group of them, or even one of them. We can also sometimes see  how stars fall.   But the very moment of a star’s birth? That very magical moment is pictured in my Creation of Stars I work. 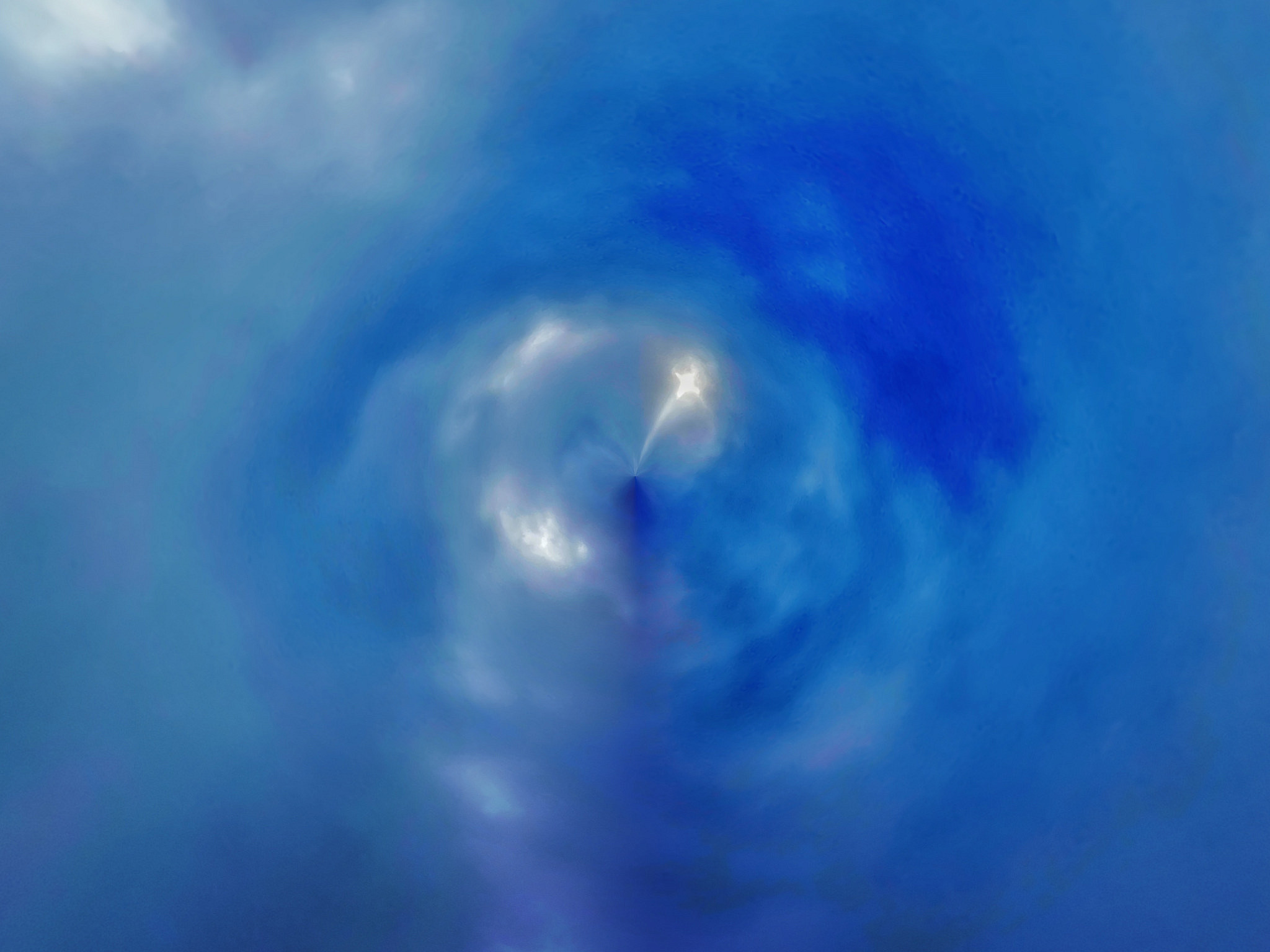 Conception is one of the most mysterious secrets of life, philosophy, and beliefs. It is not occasional that the creation of man – and a woman – crowned the process of the Creation. How to illustrate it? How to visualise it while preserving its meaning, reflecting its never solved deep mystery, contemplating on its never to be known in detail projections?

I found the solution in my subjective approach to the processes of the Creation in abstracting the image, but keeping it dynamic, developing, with different speeds of the processes involved, and also with different colours and tones of it, in the Creation of Conception I work. The point here is that as, in the case of the whole series, I was looking for possible images of various ‘protoplasms’ of the Creation with regard to various created entities in question, here , in the case of Conception, I was looking not for an image of created beings, but for the creation of that precondition of appearance of humans.  I tried to examine artistically the process of creation of the conception as a phenomenon, as a concept enabling being. 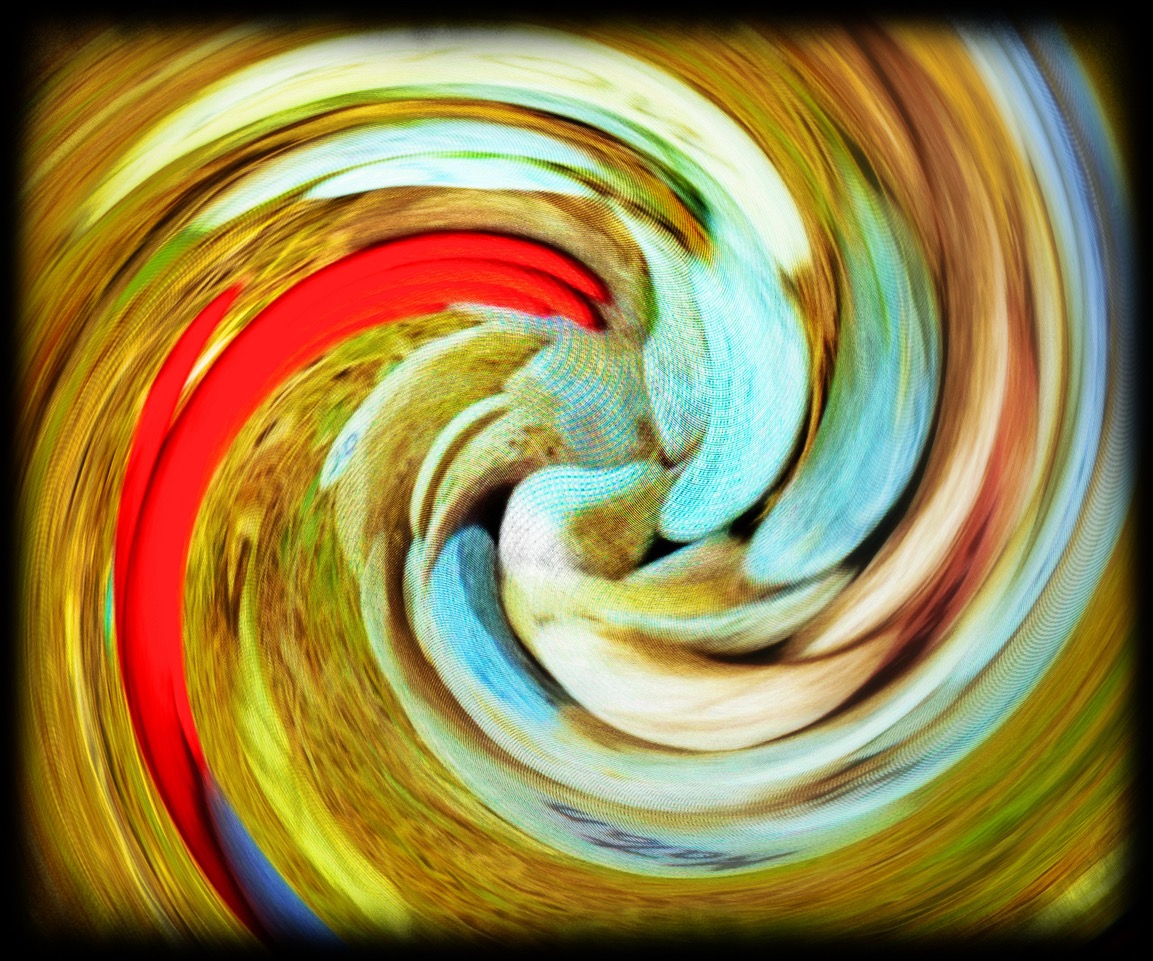 The final picture in this series is not from the Bereishit Illustrated collection, but from my Jewish Miracles series. I included it here because it has direct connotations with several symbols essential for Rosh HaShanah: the prevailing , emphasised roundness of the images in the work corresponds to the key symbolism of Rosh HaShanah, the circle, corresponding and telling of completeness. The inner steady light present all over the work, in all directions of an eye looking at the work refers to the main motives, themes of the Rosh HaShanah: comprehended self-accountability and the support by the forces of the Good of such demanding and not easy tasks. It also symbolises ever present hope of everyone prior to the forthcoming new circle of a new year approaching.

This new year, it would be better, our inner hope always blinks on us, both consciously and subconsciously.  Colouristically, the work is resolved in calm, breathing, not homogeneous but variable as life itself, colour of the life, and the main colour for Eretz Israel, the colour of the Heavens, the home of the Creator. I also would like to hope that this work breathes calm strength, warm, steady assuredness, and an enlightened smile, the staple characteristics of survival. 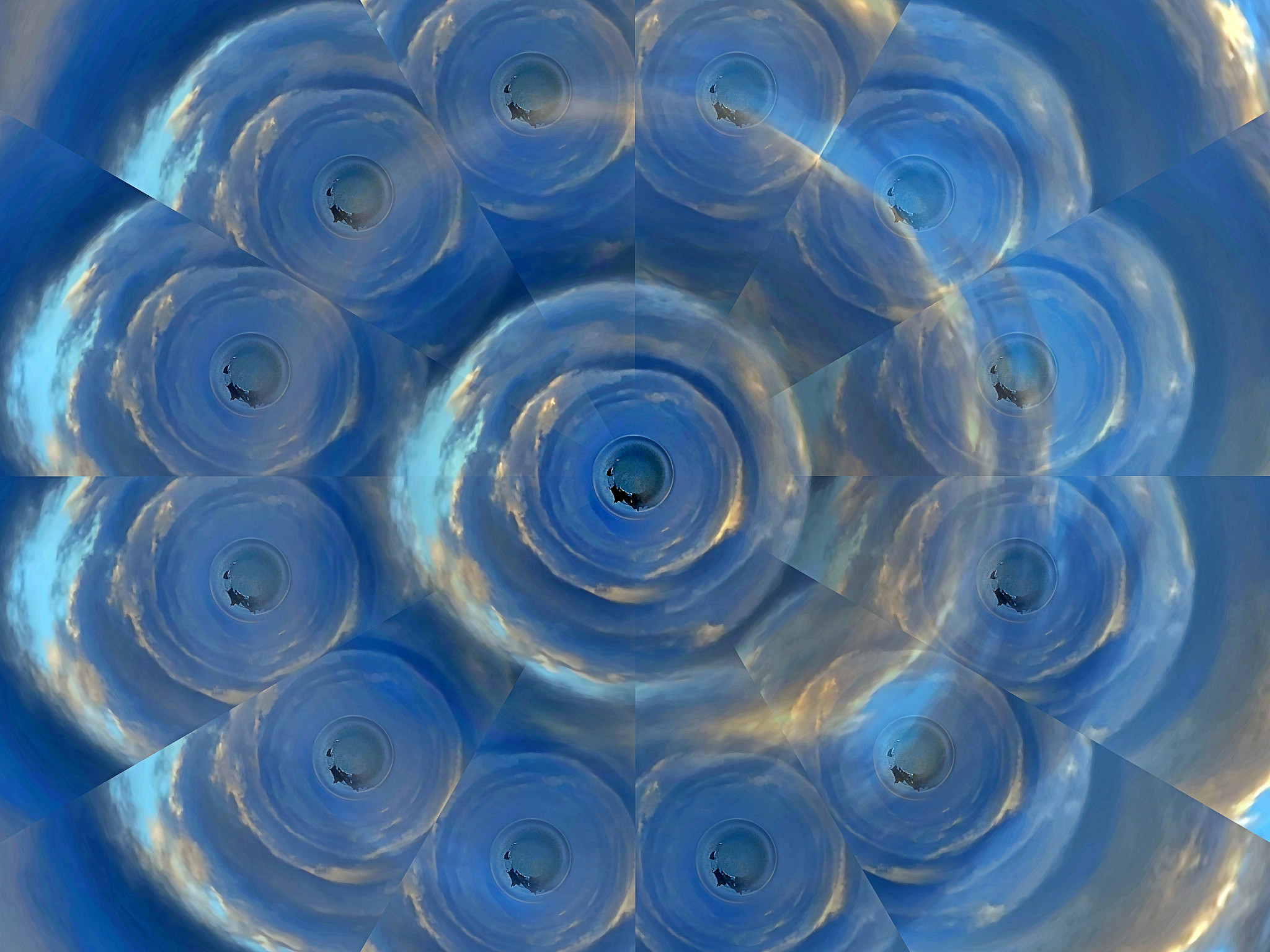 Happy Rosh HaShanah and healthy, successful and peaceful New Year 5783 to all.

About the Author
Inna Rogatchi is internationally acclaimed writer, scholar, artist, art curator and film-maker, the author of widely prized film on Simon Wiesenthal The Lessons of Survival. She is also an expert on public diplomacy and was a long-term international affairs adviser for the Members of the European Parliament. She lectures on the topics of international politics and public diplomacy widely. Her professional trade-mark is inter-weave of history, arts, culture and mentality. She is the author of the concept of the Outreach to Humanity cultural and educational projects conducted internationally by The Rogatchi Foundation of which Inna is the co-founder and President. She is also the author of Culture for Humanity concept of The Rogatchi Foundation global initiative that aims to provide psychological comfort to wide audiences by the means of high-class arts and culture in challenging times. Inna is the wife of the world renowned artist Michael Rogatchi. Her family is related to the famous Rose-Mahler musical dynasty. Together with her husband, Inna is a founding member of Leonardo Knowledge Network, a special cultural body of leading European scientists and artists. Her professional interests are focused on Jewish heritage, arts and culture, history, Holocaust and post-Holocaust. She is running several projects on artistic and intellectual studies on various aspect of the Torah and Jewish spirituality. She is twice laureate of the Italian Il Volo di Pegaso Italian National Art, Literature and Music Award, the Patmos Solidarity Award, and the New York Jewish Children's Museum Award for Outstanding Contribution into the Arts and Culture (together with her husband). Inna Rogatchi was the member of the Board of the Finnish National Holocaust Remembrance Association and is member of the International Advisory Board of The Rumbula Memorial Project ( USA). Her art can be seen at Silver Strings: Inna Rogatchi Art site - www.innarogatchiart.com
Related Topics
Related Posts