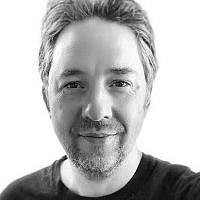 Swedish general elections take place on the 14th of September. With everything going on in our country, should this remote Nordic country matter to us at all? Swedes are in fact very bothered with us and perhaps we should do more to understand why.

While Swedish media and politicians focus a lot of their attention on us, that has never in itself been reason for mutual interest. Can you even name the person who’s been prime minister of Sweden for the past eight years?

One reason to care is that Sweden can be viewed as a microcosm for what is happening in the rest of Europe related to Israel and anti-Semitism. Yet, beyond many others in Europe, Sweden prides itself on being a self-proclaimed leading protector of human rights. This combination makes Sweden and its Israel policies important because it provides a key to understanding why we seemingly fail, again and over, in making our case to the world. ‘Making the case’ is not important due to a need to have the world like us (though vanity dictates that this would be nice as well). No, the importance lies in countering policies against Israel as a state, which at times question our very right to exist.

The deep-rooted Swedish sense of duty and commitment to global humanitarian leadership is illustrated by the construction of the UN Conference Building in New York some 60 years ago. This building houses three conference chambers; the Security Council, the Economic and Social Council, and the Trusteeship Council. The design and construction of the Economic and Social Council Chamber was a gift from Sweden. Wood from Swedish pine trees were used, and once completed, the pipes and ducts in the ceiling were deliberately left exposed. The ‘unfinished’ ceiling was Sweden’s symbolic reminder to the world that there will always be more that can be done to improve living conditions for the world’s people. Very few will disagree with this sincerely goodhearted message – it is indeed an important reminder. At the same time, the message displays how Sweden perceives itself and its role on the global stage. In this same spirit, the Swedish Government Offices website of 2014 confirms that “Sweden has traditionally placed respect for international law and human rights in the front room. Concern for international law and human rights permeates the government’s action[s]…”.

Sweden has not been to war since 1814. An amazing 200 years of peace – halevay aleinu. It is essentially a society that has no collective memory of working out differences any other way than sitting down and talking about them and compromising where necessary.

Two centuries of peace, life in a thriving and secure democracy, with a people who detest conflict on any level, in a society which values human rights and tolerance (in theory anyway) above all, has produced a hazard to their own ideals as the world is often credulously compartmentalized into simplistic black and white. Swedish eyes see clear and simple rights and wrongs, and an occupier, for example, is always wrong while the occupied is in the right. Context and history is thrown out the window because ‘right now’ is all that matters. This combination of shunning conflict and defining the world in absolutes has led to a simplification of reality to such an extent that it has been severely distorted in the case of Israel.

During the past summer this Scandinavian country was fuming at Israel during Operation Protective Edge. As anti-Semitism swept through Europe and other parts of the world, some Swedish politicians were so enraged with Israel that they turned against the entire Jewish people, adding fuel to the fire of this oldest hatred.

Jerker Nordlund from the Green Party proclaimed that Israel is a “mentally insane country”, “one of the largest terrorist states in the world”, and proposed a “speedy and peaceful dismantling of Israel”.

Omar Omeirat from the Social Democrats wrote on social media that “Palestinians are being slaughtered by Jew-swine.”

Petronella Petersson from the Center Party decided to declare that “one has to dare to criticize the Jews because they don’t want to mix with other people, which naturally leads to conflict.”

Birgitta Hansen, also from the Green Party, ranted that the “world community swallows most of [Israel’s] propaganda because the Jews are so influential in large corporations and in the American administration”, ending off with equating Israel with the Nazi’s, “but worse actually.”

Thanks to a few sharp protests, media attention and a moral compass within these parties, these four candidates all ‘resigned’ from their current political posts and were taken off any candidacy lists they appeared on for Sunday’s upcoming elections. In addition, a fifth politician, Dayana Jadarian, resigned her candidacy for the Center Party yesterday after publicly sharing a link with anti-Semitic content from the neo-Nazi former Ku Klux Klan leader David Duke. To be clear though, these five are surely just a few grains that were scratched off the surface of a deeply anti-Israeli Swedish political elite. Imagine how many more are out there, with enough senses not to voice their opinions as clumsily, or at all?

Before moving on it is important to emphasize that Sweden is full of true humanists, including those who see anti-Semitism for what it is. The Liberal Party and the Christian Democrats have strong advocates in these matters. I have engaged with individuals on the far left who have expressed shame for the Israel-hatred coming out of their camp. There is a social media group with thousands of Swedes in active support of Israel. Sweden has dedicated people who are more than just glimmers of hope. But in total, they are few, and not nearly strong enough.

So how dependable is the moral compass within the ranks of Swedish politics really? Would there have been any resignations without press coverage? The Swedish Committee Against Antisemitism yesterday welcomed Jadarian’s resignation, yet questioned the Center Party’s “slow and contradictory actions in the matter”, which only came six weeks after Jadarian posted the video and after the story hit international press three days ago.

Sweden, like elsewhere in Europe, fosters several types of anti-Semitism. There is the right wing, neo-Nazi, skinhead radical movement. Another type is what Professor Yehuda Bauer calls the anti-Semites within the ‘chattering classes’ – academics, journalists, intellectuals of various kinds, and professionals, not referring to all of them, of course. They harbor a classic kind of anti-Semitism, hidden beneath the surface of society, seeking opportunity to break out. They are, consciously or unconsciously opposed to Jews as such, but know it is typically politically incorrect to actually say so. Along comes a conflict which has Jews responding largely as a ‘collective whole’ on one side of a public controversy, and voila, a channel for venting anti-Jewish sentiments can be safely disguised as legitimate Israel critique.

This anti-Semitism is expressed in a way that is often linked to human rights. In the name of civic rights, the legitimacy of Israel as a whole, as a collective Jew, is questioned. Of course these people will deny and perhaps even honestly believe that they are not anti-Semitic. However, criticism of Israel becomes anti-Semitic when the critique no longer addresses Israel’s policies and actions but demonizes the country as such, applying double standards to it, even denying its right to exist.

Israel understands the necessity for caring about world opinion as it has direct effects on our country. Thus Sweden is important because its role as a champion of human rights is noticed and considered on the world stage. So why not take Sweden to task and hold the country accountable for tolerating, if not fostering, a climate of anti-Semitism? A nation with prioritized concerns for human rights should nip all forms of racism in the bud, especially the kind that hides under the civic rights banner. Why not condemn the Swedish government for failing to uphold the 1969 UN Convention on the ‘Elimination of All Forms of Racial Discrimination’? It’s a convention that requires its parties to criminalize membership in racist organizations, thus it demands of Sweden to outlaw Nazism, anti-Semitism and racism. Forty-five years later, and they have yet to do it.

As Sweden sees fit to pressure Israel, I think it is time we see fit to pressure them in return. Question the issues with rationale, and don’t let them get away with it. When reporting on the Middle East conflict, why, for example, are statements from Israel’s Prime Ministers Office and Ministry of Foreign Affairs barely quoted, or dismissed as propaganda, while Hamas statements get aired and quoted as reliable sources over and over again? Swedes, who at the end of the day are culturally rational will be forced to acknowledge that such an approach is at the very least problematic. The matter is simpler than we make it, but unfortunately and repeatedly we let ourselves get lured into invented complexities. Its time to simplify the message.

In the meanwhile there are still many Swedish politicians who successfully air their anti-Israel sentiments in a way that manages to veil the problematic root to their so-called critique. It then goes unnoticed for what it is, or is possibly consciously ignored because it conveniently reflects popular opinion. Yet it sips through and nurtures an anti-Semitism which is now possibly reaching proportions not seen since the 1940s. Sweden, priding itself on being a humanitarian beacon of light for the world to follow, needs to lead by example by tackling the problems of their own backyard before lecturing others.

In the upcoming part two of this blog I will highlight this phenomenon by example of Sweden’s largest political party, the Social Democrats, which has a high ranking parliamentary candidate ticking all the boxes of this type of ‘Israel critique’. Instead of taking responsibility for the problem, they have swept it under the rug ahead of Sunday’s elections. Accountability awaits.

Part 2 of this blog, Swedish theater of the absurd, appeared on September 12th