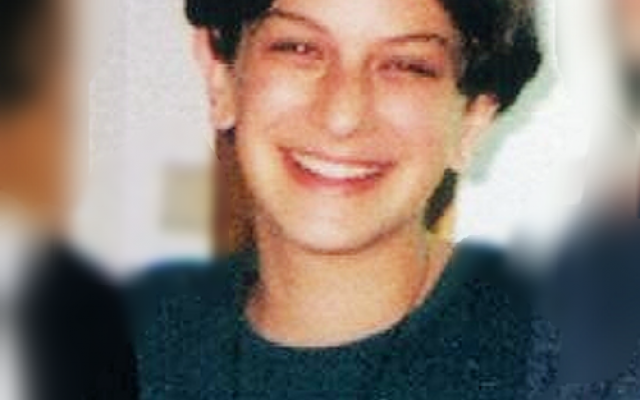 Malki at a birthday party the evening before she was murdered

Today (Friday November 27) we mark yet another agonizing birthday.

My sweet daughter Malki would now be thirty-five years old if Hamas operative Ahlam Tamimi had made some misstep on August 9, 2001.

But Tamimi was and still is a seasoned, determined, efficient and blood-thirsty terrorist.

In the Sbarro bombing which she confesses she masterminded and which she calls “my operation”, seven babies and children perished with nine adults – some parents alongside their offspring. It was an unmitigated massacre.

Never could we have imagined that her murderer would now be free as a bird – and protected by a ruler who is coddled by both the United States and Israel – King Abdullah II of Jordan.

Tamimi’s stated determination to kill Jews is matched only by the determination of world leaders to ignore our pleas to correct the travesty of justice that Tamimi’s freedom embodies.

Our letters, phone calls, op-eds, tweets and front-page advertisement have fallen on deaf ears. They have only elicited excuses, evasive double talk, or total silence from most of the people who could easily assist us if they cared to.

There are no obstacles in their path:

None of the steps that could be taken to right this moral wrong has been taken.

It is demoralizing to realize that politicians, religious leaders, community figureheads and journalists across the board just don’t care about seeking justice when doing so is unlikely to win them kudos.

Of course, we nevertheless intend to continue this fight. On this birthday, we cannot embrace Malki or the family we dreamed she would be blessed with by now. We can only write the next email or make the next phone call with the prayer that it will hasten Tamimi’s long awaited extradition.