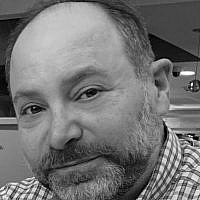 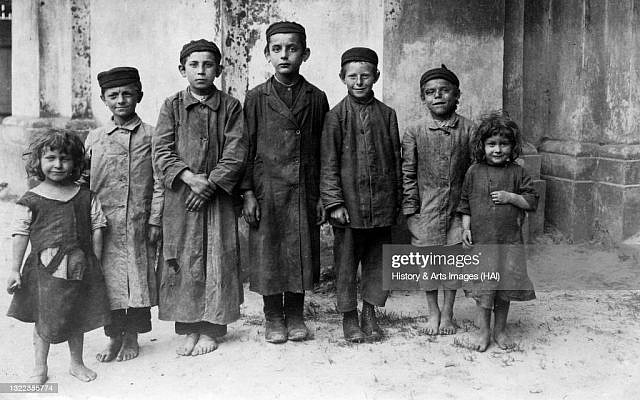 Anyone looking for a delightful excursion this Hanukkah would do well to visit an eastern European outpost called “the Village.” It’s located in the middle of the Black Forest, somewhere between Russia and Poland and, occasionally, Germany. The Village is snuggled in an indeterminant past that never was but certainly should have been, a past filled with love, humor, adventures and more than occasional misadventures. And when you go, be sure to bring the kids.

Cynics would say the Village isn’t real; the rest of us know that it is, every bit as real as Sherlock Holmes’ London, Alice’s Wonderland, and Harry Potter’s Hogwarts. The Village is the creation of author, storyteller, and nice guy (his website says so) Mark Binder. Under the pen name Izzy Abramson, Binder has written five utterly charming books in his Village Life series, the newest of which, Winter Blessings, includes 11 short stories and a novella. The book comes to us just in time to delight readers young and old(er) who prefer a large side order of whimsey with their potato pancakes. It’s available as a paperback and ebook from online bookstores including Amazon, Kindle, and Barnes & Noble.

In Winter Blessings, readers will encounter a day so bone-chillingly cold that even the flames on the Hanukkah candles freeze, truly terrible latkes that nonetheless taste heavenly because they’re made with love, a dreidel spin that sets a young man on a happy future, challah dough that takes on a life of its own as it barrels through the streets of the Village, and much more. 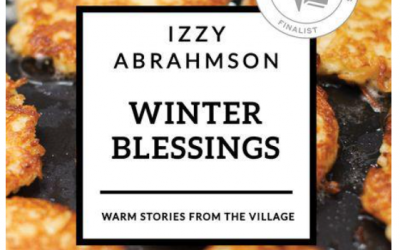 The Village itself is a vivid character throughout these stories, a place well worth preserving, as the residents come together to do, most heroically, in the funny-yet-suspenseful novella “Out of the Woods,” which finds them facing down a band of Cossacks. Binder’s Village is inspired by the classic stories of Chelm — but these are like no Chelm stories you have ever read. Shemini Schlemiel, Rabbi Kibbitz, Mrs. Chaipul (the rabbi’s wife and proprietor of the Village café) and the rest are no fools, despite the mishaps happening around them.

“If we listen closely,” Binder as Abramson tells us in the introduction, “we may discover that the villagers have moments of brilliance.” Indeed they do, showing they little deserve the moniker of “fools” bestowed upon them by their competitive neighbors in the nearby village of Smyrna.

Finding depth in what seems simple is one of Binder’s authorial strengths, a strength that is not limited to humanizing characters who’ve traditionally been portrayed as two-dimensional caricatures. I’m particularly impressed by Binder’s take on some controversial elements of contemporary Hanukkah: presents and the Hanukkah bush, both Christian customs. His stories come down on the side of Hanukkah gifts which, as Shemini Schlemiel says, “are wonderful things, but they aren’t essential. The essential ingredients are family, food, friends, fire, and all the stories we tell each other on those long, cold winter nights.”

Binder’s take on a Jewish reason for a Hanukkah bush is so right and so touching that even readers like this one — who opposes them absolutely — will make a warm-hearted exception for the one in the Village. I won’t spoil the story — Rabbi Abrahms’ Chanukah Bush — which I urge you to read for yourself.

Another quality that makes these stories so appealing and engaging is that they evoke the charm of traditional folktales. Much of this comes, I suspect, from Binder’s other day job, as an accomplished storyteller. He’s an Audie Award-nominated performer who studied storytelling with the legendary Spalding Gray, trained as an actor and playwright, and performs an average of 100 shows a year, both in the US and internationally.

Storytelling requires the performer to keep the audience’s interest and get to the point lest the audience get bored. It eschews lengthy description and interior monologue for action, emotion, humor, and suspense. All of these are characteristic too of traditional folktales which, after all, were told and retold orally for generations before they were written down and became fixed stories.

A bit more about those Chanukah presents: for the Schlemiel family, they turn out to be a poem that seems also to be Binder’s gift to his readers:

My gift to you
Is love from me
It doesn’t cost much
And it’s given for free
It will never run out
Or go away
That is my gift
For you today.

This Hanukkah, who could ask for anything more?

About the Author
Mark Levenson is a journalist, dramatist, and novelist whose work in Jewish fantasy has won honors from The National Foundation for Jewish Culture and the American Jewish University. His novel, The Hidden Saint, will be published in February by Level Best Books. Follow him at www.marklevensonauthor.com.
Related Topics
Related Posts
Comments