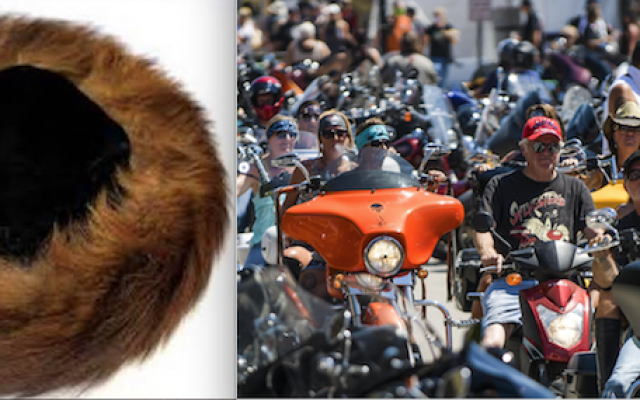 You don’t need to ride a Harley Hog to be in sympatico with members of Israel’s Jewish ultra-Orthodox community. You can hop on a Triumph, a BMW, or any other brand of motorcycle that you damn well please.

What you do need is a love of freedom, a distaste for government regulation, and the guts to follow the voice that beckons you to the open road like God summons his flock to synagogue.

That’s my takeaway from the behavior of Israeli Haredim, whose communities have recorded a dramatic rise in coronavirus cases the past several weeks. They’ve told Prime Minister Benjamin Netanyahu’s government to stop singling them out for violating social distancing guidelines. There will be no lockdown in their neighborhoods during the high holidays, no restrictions on the number of congregants gathering to worship.

One of their chief spokespeople, Housing Minister Yakov Lizman, resigned his cabinet post in protest of an imminent three-week lockdown, complaining that it should have come earlier during people’s summer vacations. Lizman is the same man who was Israel’s Health Minister. He stepped down from that post after violating his own ministry’s social distancing rules, attended synagogue and promptly contracted coronavirus.

He says he is concerned, in particular, about non-religious Jews who only attend services during Rosh Hashanah and Yom Kippur. Closing down the country now to fight the pandemic’s second wave will deprive them of that rare experience. I am not a member of Lizman’s ultra-orthodox Agudat Yisreal party in the Israeli Knesset, and I do not endorse him as a champion of my religious practice and other causes.

The Israeli haredim whom Lizman does represent bring to mind the 262,000+ motorcyclists who crowded into Sturgis, South Dakota last August for the town’s annual mega biker rally. Many refused face masks and thumbed their exposed noses to social distancing norms to celebrate their love of Hogs, choppers, and any other two-wheeler they could ride on into the sunset. Like the Israeli ultra-orthodox, the Sturgis rally attendees have seen a dramatic increase in the number of Covid-19 cases affecting their community.

As a proud American, I believe the biker crowd personifies Patrick Henry’s famous adage, “Give me liberty, or give me death!” As a proud Israeli, I believe the haredis reflect David Ben-Gurion’s well-known maxim, “In Israel, in order to be a realist, you have to believe in miracles.”

Most of the Strugis bikers may ride on as they please just as many of the Haredim will continue worshipping in crowded synagogues.  Meanwhile, the disease that some of them may carry, asymptomatically, could kill many others who catch it from them.

But what the hell. God and Freedom demand sacrifices.

In America we have a president who has told people that coronavirus was a hoax, an invention of the Democrats, no worse than the common flu, and easily vanquished. Now we hear he understood early on that Covid-19 could be lethal and posed a major threat to Americans, but recently said he didn’t want to alarm people.

Many of the folks he duped/didn’t want to unsettle don’t care. He’s the best. So what if he shoots someone on a busy Manhattan street? He’s making America great, and he is the only one who can keep the communists from taking over the USA.

In Israel, the prime minister, who has played politics rather than lead a consistently effective response to the pandemic and been indicted on charges of bribery, breach of trust and fraud in Israel’s highest court, continues to score high polling numbers for fitness to serve his nation compared to those who would replace him.

So, no worries. As Covid-19 wreaks havoc in America and runs rampant from synagogue to synagogue in Israel, the Sturgis bikers’ smell of freedom is sweet, and the haredim’s belief in God’s grace is great.

Neither American, nor Israeli, Keats was an Englishman. So take his words for what they’re worth.