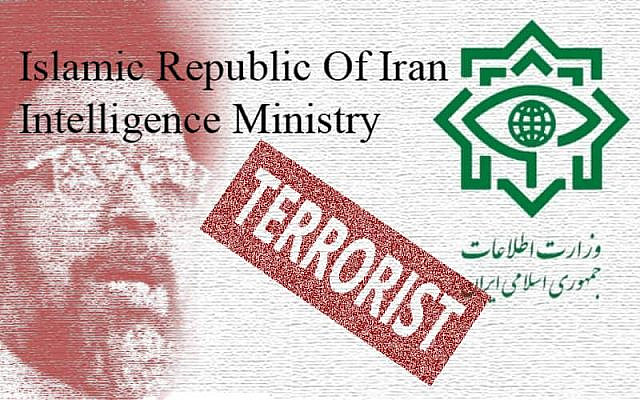 the issue of the MOIS and the Iranian regime’s intelligence community is a controversial one. in one hand, they created the Reign of Terror inside Iran and on the other hand they shaped transnational terrorist network globally.

Most of the Think tanks in Europe and the US acknowledged the main role of MOIS (Ministry of Intelligence and Security), or Iran’s Council for Intelligence Coordination (CIC) that oversees more than 16 separate governmental agencies, in supporting Terrorism.

However, most of analysis or arguments declare that Terrorism is a policy of Mullah’s regime in Tehran. Although, it’s not easy to encapsulate in a simple definition or summarize all main points, but if I try to explicit that studying the history of Terrorism in Iran cannot be limit to the recent 4 decades when started from 1979. One reason for my view point is the terrorist activities of Iranian intelligence community inside and outside of Iran.

Since the Islamic revolution of 1979, Iran has been ruled by a militant and expansionist Shiite theocracy with worldwide hegemonic ambitions. The regime, which supported Islamic terrorism from its earliest days, followed the Khomeinist ideology of Shiite theocracy. It was—and remains—committed to exporting the Islamic revolution wherever it can and challenging international norms.

Admittedly, most of the agencies in EU or US  Designates Iranian Ministry of Intelligence and Security for Human Rights Abuses and Support for Terrorism. more to the point, on 2/16/2012, ‘The U.S. Department of the Treasury today announced the designation of the Iranian Ministry of Intelligence and Security (MOIS), Iran’s primary intelligence organization, for its support to terrorist groups as well as its central role in perpetrating human rights abuses against the citizens of Iran and its role in supporting the terrorism’.

In addition, speaking more practically, another reason for this standpoint is the assassination of the opponents or thr key enemy figures of Mullah’s regime.

In actuality, most of the courts in EU or US declared that Assassination teams of Iran’s regime are nothing new to the media; and the roots go back as far as the 14 century ago, the methods of terror are much the same as Iran’s present-day community of Intelligence. As an illustration, MOIS carries out acts of espionage and the assassination on behalf of the Iranian religious octopus in structure of Mullahs.

Although, Iranian regime have sleep cells inside Europe and US to create atrocities and perilous crisis. opponents to this view, or apologists of Mullah’s regime, might argue that this is a norm among the intelligence services around the globe. therefore, CIA, MI6, Mossad  SÄPO, NIS, DGSE never supported Shia or Sunni terrorist groups for long periods of time. Without any obscurity, current regime of Mullahs in Iran is the most dangerous state sponsor of terrorism, assassination attempts, bomb detonations, bio-terrorism,cyber attacks and etc. therefore, both Khomeini’s export of Islam and Khamenei ‘s ‘Axis of Resistance’ is Terrorism.

The Islamic Republic will continue its aggressive behavior no matter who is in charge at Langley. The regime’s pursuit of hegemonic power in the Middle East and beyond will not abate. The MOIS and the Quds Force will continue to operationally support terrorism as well as Iran’s covert ballistic and nuclear programs.

Nowadays, one of the Persian TV outside of Iran informed the US and Israel intelligence agencies [CIA and Mossad] and prepared The series regarding the history of Iranian regime’s terrorism. One counter terrorism analyst and historian is the narrator of this program.

The show premiered on June 2021 and spanned 20 episodes. In addition, The series begins with 1979 when Khomeini came to power and the narrator goes to the background of terrorism before the winter of 1979 with no spring insight,

Remarkably, this is the first time that in Persian language, a series about Iran’s terrorism has prepared for show. Inescapably, the Iranian regime will have a reaction in internal media because the narrator reveals the history of crimes in a TV series.