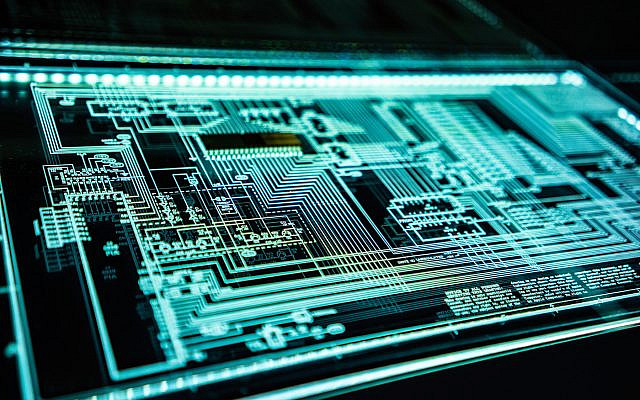 The typical time for Israeli tech firms to develop into unicorns – that is companies with a value of over $1 billion – has halved over the past decade. At the forefront of this acceleration has been the startup nation’s burgeoning cybersecurity industry, which has grown to become the world’s go-to source of online safety.

Catalyst Investments has reported that it has taken an average of six years for Israeli firms that were set up after 2008 to reach a value of $1bn – as opposed to 15 years for the establishing of unicorns between 1999 and 2008.

The sheer volume of Israeli unicorns has snowballed in recent years, from one in 2013 to 18 in 2019 and to 65 by Q2 of 2021, according to the data. One of the key drivers of this development has been US investment across Israel, with more venture capitalists looking to Israel’s burgeoning security industry as a safe investment.

As the benchmark data shows, this rapid growth towards unicorn status is unprecedented in the world of cybersecurity, where YL Ventures maps out a two-year route towards the acquiring of 50 full-time staff.

However, in the first half of 2021 alone, Israeli cybersecurity firms raised $3.4 billion in 50 deals and seven of them became unicorns – or private companies valued at over $1 billion, according to the Israel National Cyber Directorate.

The money raised in the opening half of 2021 alone exceeds the total sum raised by Israeli cybersecurity startups across the whole of 2020, which was already a record-breaking $2.9 billion. The half-year figure accounts for 41% of the total funds raised by cybersecurity firms across the world, and stands at some three-times the amount raised in the same period of the year prior.

This means that over one-third of global cybersecurity unicorns are Israeli firms – with as many as 13 companies emanating from Israel.

The growth of Israeli security and the seamless adaptation of mobile security as well as online privacy shows the strength of a country that deeply values safety online.

The emphasis of Israeli firms on mobile security has developed to the point where companies are offering big rewards for gamified solutions to privacy issues.

The CyTaka mobile app offers gamified, cybersecurity-oriented coding education and training specifically for software developers. These developers gain points for each completed task they perform, and users get to share a prize pool of $1 million each month if they find themselves among the top performers.

With the successful completion of challenges at all levels of the CyTaka app, users gain points that enable them to earn between $50 and $7,000 from the app. The competition then resets each month, enabling the competition to begin afresh regularly.

The app also features both free and paid versions, where members can choose to pay up for larger potential rewards and can be downloaded from both Google Play and iOS stores.
As the data shows, the payouts that CyTaka are offering to their most talented users may pale into insignificance when we consider the sheer volume of growth that the mobile security market is set to experience over the first half of the decade.

Coupled with this the rise in popularity of cybersecurity services like privacy-oriented virtual private networks and how the industry can leverage greater entertainment and browsing experiences, it’s clear to see that the industry has plenty more room for growth.

The growth of Israeli cybersecurity tech has helped to deliver far more qualitative insights into the safety of mobile devices and handheld products around the world.

Security flaws in Amazon’s Kindle products could’ve enabled hackers to breach an individual’s device by sending them a malicious eBook, according to Check Point, which claimed that it had shared the vulnerability to Amazon earlier in the year and that the company had since bridged the security gap in an April firmware update.

It’s this work by Check Point and various other Israeli firms that helps to ensure that consumers remain safe in an increasingly aggressive online environment for browsers, and even those simply reading books on their Kindle handheld devices.

As technology becomes increasingly mobile, it’s likely that more security flaws will emerge for hackers to take advantage of, but with the rapid development of Israeli cybersecurity unicorns, the resources available to the good guys is becoming more powerful – helping to ensure that more back doors are closed before they’re stepped through.

With the finest Israeli security on the case, the world can be a better and safer place, regardless of where individuals go to consume their data.