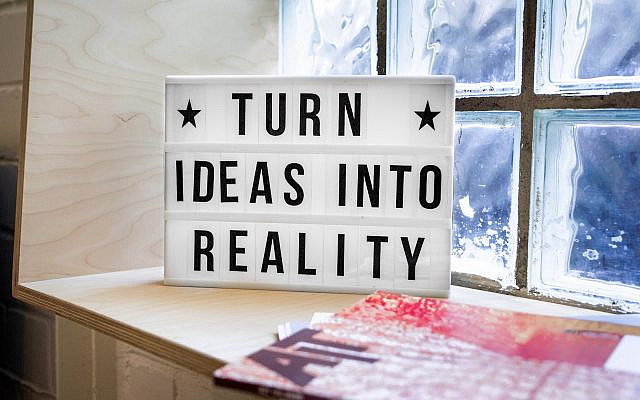 Israel has long been known as the Startup Nation, thanks to its burgeoning Silicon Wadi and the exponential growth of domestic tech businesses. But the innovative nation has struggled to shake off suggestions that despite its high volume of startups, Israeli companies are yet to demonstrate the widespread scaling that may be predicted of them.

However, with the news that as many as six companies hailing from Israel surpassed valuations of $2 billion this year – it may finally be time to acknowledge the scaling of the startup nation.

The Rise of The Double Unicorn

The term unicorn within the world of business has existed for some time now. Originating in 2013 as an umbrella term to identify startup companies that have surpassed a value of $1 billion, at the time it was coined, there were only around 40 so-called unicorns worldwide.

However, due to the rapid growth of the tech industry worldwide, and the discouraging environment for IPOs on stock markets globally, today 100s of startups have grown into unicorns. This includes numerous companies in Israel.

According to Tech Nation research, Israel has grown into the top three European countries boasting the largest number of unicorns across the continent. Trailing behind only the UK (population 66.7 million) and Germany (population 83 million), the relatively small population of Israel – at 8.9 million citizens – illustrates the sheer scale of the success the nation’s had as a significant global tech hub.

What’s also made clear from the chart is that we’re hurtling towards the age of the unicorn. Because of the rise of the unicorn, attention has been turned towards companies that have accumulated a value of over $2 billion.

As the devastating Coronavirus pandemic swept across the world in 2020, threatening the existence of many endeavours in the process, Israel’s largely tech-based businesses flourished – with six surpassing valuations of $2 billion.

Online collaboration platform Monday was one of the businesses to reach double-unicorn status, as well as Snyk – a coding security platform, Via – a dynamic smart transportation system, Gong – pioneering AI sales performance, Next Insurance – a digital insurance company and Tipalti – an automated payment management system.

Amazingly, companies like Gong and Tipalti tripled and quadrupled respectively in the size of their valuation in the space of 12 months.

While COVID-19 has carried a terrible humanitarian and economical impact, the innovative tech hubs of Tel Aviv have been adaptive enough and well-positioned to adapt to the confines of the pandemic, and platforms like Monday, in particular, have been able to flourish thanks to a rise in remote work from companies looking to leave their offices and operate from home.

Although COVID-19 has certainly facilitated widespread growth for some Israeli tech companies – playing a large role in developing the recent flurry of endeavours reaching double-unicorn status, but it’s also worth noting that the rise in unicorns across the Startup Nation may be somewhat unsurprising considering the sheer volume of capital that’s been invested in companies over the past decade.

In 2018, it was reported by Global University Venturing that Israel had the fifth-largest deal volume in the world backed by corporates, and the eighth largest based on deal value – at a seismic $1.6 billion.

The arrival of Coronavirus may have accelerated the development of some remote and collaborative tech endeavours domestically, but it would be logical to identify 2020 as the year where these huge investments would begin to come to fruition across the country.

Speaking in 2018, Ornit Shinar, director at Citi Ventures in Israel claimed that the larger investment rounds clearly showed that the country had begun to shift away from its identity as a Startup Nation and towards that of a Scale-Up Nation:

“Israel is experiencing a market transformation that matches the global trend of delayed public offerings. This can be explained by a number of factors. First, the IPO market has moved upstream with more large-scale private money available. Second, Israel has seen a surge of late-stage funds, facilitating the fundraising potential of companies once they reach growth. And, third, there has been a change in the way the market is behaving, with fewer startups raising seed or A rounds and greater opportunity to join later-stage rounds of funding. All of this would justify the scale-up name,” Shinar explained.

Another key benefit that’s facilitated the growth of more Israeli startups is the accessibility of pioneering technology. New AI-based tools are making the guidance of startups through their formative months more automated, allowing businesses to think about scaling earlier.

User experience is wholly more accessible today, too. Comprehensive website builders like Wix have enabled more businesses to develop an inimitable appearance to customers. With over 500 designer-built templates and a comprehensive editor to boot, Wix is a powerful tool in building identities online. However, the use of external online templates and plugins for WordPress websites has enabled a greater deal of flexibility to companies aiming to take a more traditional approach to setting up an online presence.

Interestingly, the rise of Israeli collaborative technologies has also helped the development of startups despite the arrival of COVID-19 and subsequent office shutdowns.

How Double Unicorns Can Shape The Future of Israel

The fact that Israel’s progress in producing innovative startups has led to Double Unicorns becoming the new standard for recognition ahead of the old aim of reaching $1 billion in value shows how far the country has come in evolving into a nation that can scale up as well as startup.

With more companies arriving at the impressive goal of $2 billion, it marks a milestone in the maturity of the startups that Israel has worked so hard to create an encouraging environment for over the past two decades. The development of multi-billion dollar unicorns can be significant to the growth of Israel as a nation, too. Higher valuations can help to keep Israeli companies in the hands of Israeli owners due to the fact that they are less likely to be acquired by a buyer.

Having more companies develop the ability to sustain growth in their respective markets without the need of any external help means that more jobs can be created domestically while ensuring that the spotlight can remain firmly on Israel as the place to make entrepreneurial dreams come true. This will also enable more businessmen to develop their skills and guide newer startups to maturity.

Most importantly, the transition of Israel’s Startup Nation into the Scale-Up Nation means that businesses finally have the power to choose their own path throughout their lifespans. Startups will no longer need to just look to Europe, Asia and America to bargain partnerships or buyouts. Israeli businesses now have the power to stand on their own two feet – and the benefits of the new era of the Double Unicorns will be felt nationwide as a result.