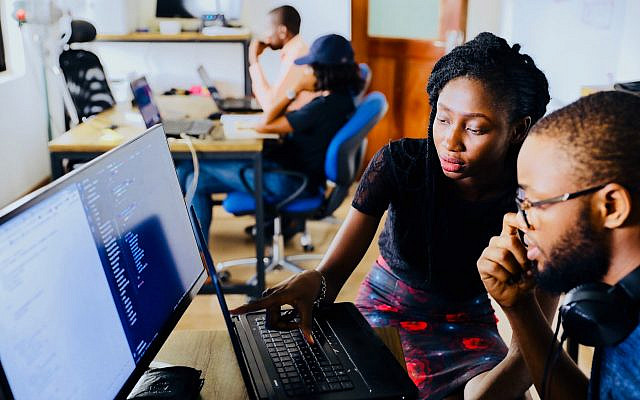 Israel’s tech revolution in the 21st Century has been nothing short of emphatic. But in retaining its top talent, the country looks set to further scale-up its melting pot of innovation.

For a country that took pride in being known to the world as the ‘Start-Up Nation’, the growth of Israel’s business hubs has developed to the point where it’s already outgrown its nickname.

When Aart de Geus, CEO of chip design company Synopsys, visited Israel in 2018, he advised that Israel starts looking at itself in a new light. “I wouldn’t call Israel the Start-Up Nation anymore,” Geus told Globes. “You are now an industrial powerhouse. You have a country with several entrepreneurs and venture capital funds that have gone through four or five cycles. That’s a lot of experience. It’s no longer amateur hour at all.”

While Israeli investments in domestic companies have steadily increased over the past decade, foreign investment in Israeli companies has grown exponentially since 2013, with almost $1.58 billion arriving in Q2 of 2019 alone.

The Importance of Retention

One of the most significant issues that countries face when aiming to transition from a start-up nation into a scale-up nation revolves around the retention of talent.

The retention of talent means that nations can utilise their top innovators to teach emerging talent, and pass on their skills to new startups to help them ensure that they become profitable faster.

When it came to assessing global talent migration, NES Fircroft determined that Israel ranked within the top 25 nations globally for their cumulative score of being capable of attracting talent, facilitating their growth and retaining their innovators for longer.

To calculate Israel’s score, the nation was ranked by the order in which they handled their talent – where one would represent the best score. The chart showed that while Israel didn’t rely on attracting overseas talent, it performed exceptionally well at enabling, growing and retaining innovative workers – with scores that placed the country firmly among the world’s most developed nations.

Elsewhere, Business Insider placed Israel at 19th in its list of countries across the world that are the best for developing, attracting and retaining talent.

In recognising the merits of retaining its best talent for longer, Israel has taken steps towards facilitating vibrant working environments that can encourage more collaboration and innovation without the boundaries placed by rigid infrastructures.

In meetings with European delegates, speakers highlighted the importance of Israel taking on a global outlook while underlining the importance of companies contributing to the development of local communities. For Israeli tech firms, this has long meant that companies have a duty look after its locals. For instance, the Amazon Web Services headquarters in Tel Aviv has a whole floor dedicated to facilitating community events. Elsewhere, Intel, the largest employer in the country, is a keen supporter of diversity programmes.

In return, communities give back to startups. In the case of Moovit, an Israeli mobility company, it was possible to expand rapidly owing to the help of voluntary ‘mooviters’ in mapping local transportation information in cities locally and around the world.

It’s this dedication to immersing with local communities that have helped Israeli talent to more naturally share the expertise and experience they’ve developed domestically for longer.

Putting a Price on Education

In recent years, Israel’s education system has gained worldwide recognition. Recently, the Organisation for Economic Co-operation and Development (OECD) stated that Israel had grown to become the third-highest ranked country for adult education – scoring higher than the United States in the process.

While North American and European education systems, a uniform subject matter is taught to pupils, in Israel, students get to choose from a wide range of study units and teaching materials provided by the Israeli Ministry of Education. This has aided children in learning hands-on skills such as learning to code, using Microsoft Office, installing Google Slides themes or entrepreneurship.

This fresh take on the practicality of education has contributed to creating an ideal canvas in which innovators can teach the talent of tomorrow. Instead of being lured towards Silicon Valley, Israeli entrepreneurs can embrace the scaling of the nation to teach valuable subjects within the country’s more optimal education system.

With the arrival of billions of dollars in foreign investment in Israeli business flooding into the country, the transformation of former students into fully-fledged educators is imperative for developing sustained growth within the country.

The Rise of Remote Education

The growth of online learning platforms may yet grow into a driving force for the scaling up of Israel. In a country of just 8.7 million inhabitants, the seismic development of a thriving tech ecosystem within Tel Aviv and all around the country demands capable workers arriving into the in a regular manner.

In many ways, the best online courses mimic Israel’s education system, allowing users of all ages to sit down whilst picking and choosing the materials that resonate with them.

While Israel may no longer be seen as a start-up nation, the path to demonstrating that it’s scaling up will require a significant emphasis on the education of fresh talent. While this will invariably involve facilitating an ecosystem that encourages more top performers to stay domestically rather than spreading their wings, it will also involve making all the available resources available for students to continue their path towards becoming innovators themselves.

Israel has shown that it can attract large volumes of money from investors around the world, now it’s time to retain and scale-up effectively.