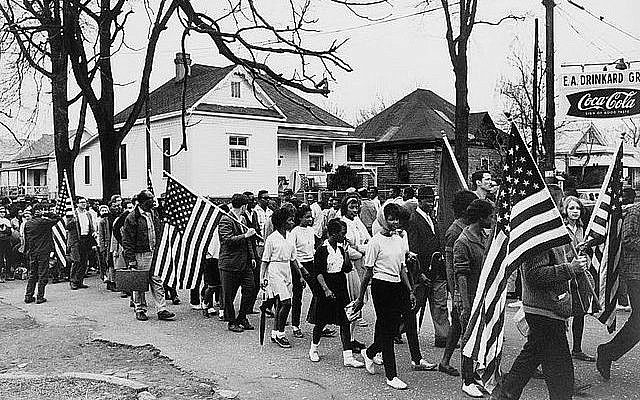 A group of 7th graders sit in a circle, white kids in the center, black and brown kids on the outside. They have been sorted by a “privilege” score assigned based on the color of their skin. The white students are trying to find a way to apologize to the students of color for the sins of their ancestors.

I recently heard this story from another parent. There is so much wrong with this scenario, it’s hard to know where to begin. To start, this nonsensical exercise is traumatizing, divisive, simplistic, confusing, and ineffectual.

Modern race relations is a difficult and fraught topic. We have begun to shift how we teach both historic and modern race relations to reflect a more accurate narrative, a narrative that includes the perspective of our entire community.[1] This is both good and very much needed. But knowing we need to do it and knowing how to do it are two different things.

Knowing what we should avoid is only half the battle; we also need to know what we should include. The best way to teach a difficult subject like the Holocaust is through stories of individuals. Individual stories tend to include all the pieces of the narrative we need to convey: the devastating horror, the emotional strength, and the presences of helpers. This applies to race relations as much as it does to the Holocaust.

There are many books that tell stories of individuals of color throughout American history. Simon Northrup’s 12 Years a Slave is as much a survivor story as any Holocaust memoir. His narrative of slavery encompasses both overwhelming terror and enduring hope. Melba Pattillo Beals’ memoir, Warriors Don’t Cry, tells her inside story of integrating Little Rock High School.

Like stories of spiritual resistance in the Holocaust, stories of emotional strength like Northrup’s and Beals’ are an incredibly important aspect of teaching this history. These stories place the community of color in the position of actors in the narrative, not merely passive victims of racial prejudice. Reading these stories can bring students to a deep and empathetic understanding of the past.

Some parents, particularly in the more conservative areas of America, have objected to some of these books, Beals’ for example. These parents are happy for their children to learn about the strength and courage shown by the people of color portrayed in the stories. They are unhappy because these are powerful stories that can make white students feel guilty about the injustices perpetrated by their ancestors.

These parents are wrong to try to shield our children from feeling aghast at their ancestors’ part in perpetrating racial injustice. We should question the actions of our communities and of our ancestors. We should be able to look at our history with open eyes and see both the strengths and the faults.

However, these parents’ objections point us to a missing piece in this narrative. We have been striving to highlight the strength of the black community and point out the callous hatred that often came from the white community. What is missing is the recognition that the white community was not monolithic. There were white people who helped.

Just as there were people who helped the Jews in the Holocaust, there were white allies who stood up for and worked for black rights. From the people like Rabbi Heschel, who helped lead the March in Selma, to people like my mother-in-law, who drove black activists around South Carolina while trailed by the police, white allies are part of this story.

Filmmaker and Holocaust survivor Pierre Sauvage said, “If we remember solely the horror of the Holocaust, we will pass on no perspective from which … to confront and learn from that horror…. If the hard and fast evidence of the possibility of good on Earth is allowed to slip through our fingers and turn to dust, then future generations will have only dust to build on.”[3]

If we ignore the part of the white community who stood up for what is right, then our white students have nothing on which to build. And our students of color learn to feel alone and to distrust the entire white community.

Exercises like the one described at the beginning are meant to bring the history of racial injustice into the present. They are meant to make students realize that race continues to have an impact on people’s experiences even today. Stories of individuals are the best way to teach about modern race relations too.

The newly published book You’ll never believe what happened to Lacey: Crazy stories about racism is written by sisters Amber Ruffin and Lacey Lamar. The book describes Lacey’s experiences with racism in the American Midwest, now, in the 21st century. The stories range from trivial to horrific.

It is a compelling book. Amber Ruffin is a writer for the Seth Meyers Show, and her comedic chops are on full display. She somehow manages to take a book full of stories that make your soul burn with anger and make it funny without losing the power of the stories.

Reading their stories, I understand the concept of micro-aggressions, at least a little bit. I understand a little better how the accumulation of aggressions (micro and macro) can make one incident greater than it seems to bystanders. From the outside, watching, a sharp response to an isolated incident may seem overblown. Except that from the inside, it is not an isolated incident.

Except that when I truly consider it, I really can’t imagine it. Most of what I experienced was really the cluelessness of the majority and their blindness to how their actions impact members of minority communities. I can’t imagine people making truly antisemitic comments and having the bystanders agree with them. I can’t imagine antisemitism being an everyday occurrence.

Lacey’s stories made me understand something of the advantages I have. The constant flow of racism that invades her life is heartbreaking. I have the advantage of never having had to deal with that or with its implications. This is how we teach privilege to students, by showing them how different their lives are from the lives of those without privilege. We cannot convey the same level of understanding by telling them that they are “privileged” or by artificially separating the “privileged” from the “unprivileged” in their class.

Racial injustice is embedded in many parts of American life and has been since our beginning. Our students need to understand this concept. This is sometimes called “Critical Race Theory,” but really, it is American history. It is American history seen through a broader, more accurate narrative, one that includes the experiences of people of color, not just during the Civil Rights Movement or as the victims of slavery but throughout our history.

[2] Although people sometimes try to make the Holocaust controversial. See How to deal with antisemitism in our schools.

[4] There are additional practical lessons from Holocaust education that apply here. See Safety nets for teaching the Holocaust to children.