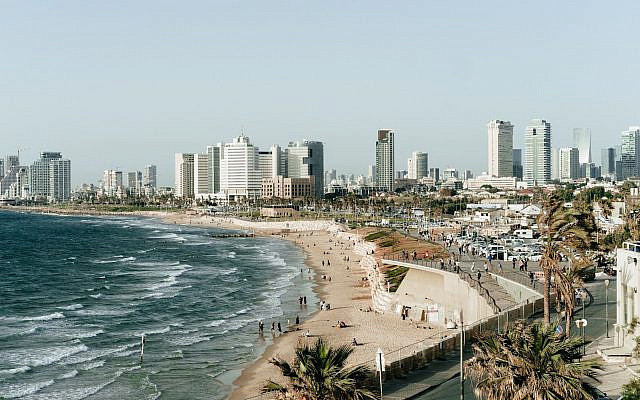 As businesses emerge from the disruption caused by the COVID-19 pandemic, it’s becoming increasingly clear that the health crisis has created a period of significant interest in tech IPOs – and Israel’s unicorns have wasted no time in galloping towards the growth that this newfound investor confidence can bring.

The first quarter of 2021 has been profoundly busy for the Tel Aviv Stock Exchange, with around 30 companies launching initial public offerings and raising $910 million dollars along the way.

This flurry of IPOs in early 2021 already exceeds the entire total of 2020 in terms of quantity, although with $4.5 billion raised last year, the value of initial public offerings this quarter still has some catching up to do.

With more IPOs on the way, sources are suggesting that the Israel Securities Authority is examining significant volumes of draft prospectuses based on companies’ third-quarter results.

Israel’s IPO boom may come as no surprise when considering that initial public offering proceeds have grown to their highest levels since 2007.

Facilitated largely by rises in SPACs, which stands for Special Purpose Acquisition Companies and refers to when shell companies are created with the sole purpose of raising money through IPOs to acquire another business, the IPO trend is showing no signs of slowing down in 2021.

The Conveyor Belt of Unicorns

IPO fever has returned at what could be a prosperous time for Israel’s tech hubs as unicorns are cropping up across the nation at a rapid rate.

Unicorn sightings within Israel are becoming a more commonplace occurrence as over a dozen privately held startups have surpassed $1 billion valuations in 2021 alone, while the country’s venture investment sector continues to build momentum.

According to recent figures, there are at least 61 Israel-related private companies worth more than $1 billion. Astoundingly, 17 companies on this list were added during the first quarter of 2021.

One single week in mid-March saw three new companies added to the list. One of the newcomers, Orca Security, managed to raise a $210 million Series C round at a $1.2 billion valuation despite only being in existence for two years. The company stated that it gained a rate of growth at over 1,000% in 2020 for its cloud-based solution, which doesn’t require the installation of any software on the systems it protects.

With interest in IPOs reaching fever pitch at a time when Israel seemingly has a conveyor belt of new unicorn startups, we may soon see more companies deliver on their vast potential in going public to secure vast sums to scale at pace.

Tapping Into The SPAC Craze

Israeli firms have also been fast to capitalize on the potential of SPACs, which have been dubbed as a contender for the hottest asset class of 2020 because of how they generate investor confidence in firms that may be lesser-known to the market.

For smaller firms that are looking to raise money by going public, being acquired by a SPAC and undergoing a reverse merger is a popular way to allow companies to move quickly compared to more traditional IPOs. Investing in SPACs themselves has also become a popular new approach, though experts have warned that this can be a risky endeavor with so many SPACs sifting through a limited market of acquisition targets.

In early 2021, Israeli cloud-based company Otonomo announced that it would be going public — but instead of sifting through the long and arduous process of meeting asset requirements and opening books to prospective investors, the company simply merged with a company called Software Acquisition Group Inc. II which was already listed on Nasdaq and enabled Otonomo to rapidly arrive on the stock exchange at an implied $1.4 billion valuation.

Furthermore, other Israeli tech-based firms like smart car sensor manufacturers, Innoviz Technology, content recommendation company Taboola and fintech firm Payoneer have all reportedly announced that they plan to go public with the help of SPACs.

For Israel, SPACs can offer an avenue away from the bustling rise of startups that has led to the country’s loving ‘startup nation’ nickname and more towards the realm of the ‘scale-up nation’, where the promising companies that populate the tech hubs of Tel Aviv and beyond begin realizing their potential and floating publicly.

One key driving force behind the growth of interest in IPOs could be down to the greater accessibility of initial public offerings to retail investors.

Maxim Manturov, Head of Investment Research at Freedom Finance Europe, says that: “Most brokerage companies have requirements to the investors that want to trade IPOs. Historically, institutional investors get around 90% of all shares, with only around 10% left for retail trades. This is where allocation comes from: when the demand is high, the broker will have to reduce order amounts so as to at least partially fill all of them. The allocation ratio, meanwhile, depends on the investor trading activity and volume.”

Where businesses have traditionally looked to institutional investors to buy into their IPOs owing to the fact that they can generally buy large volumes of shares in one single transaction, platforms are beginning to move more towards making initial public offerings more accessible for individual traders who are keen to join the party.

For instance, companies like Fidelity, Freedom24 and TD Ameritrade offer IPO participation for retail investors, however, there are thresholds when you apply.

Such accessibility can help to bring Israeli startups and unicorns alike onto the world stage. Israel has always been at the forefront of innovation, but now the timing of the global IPO boom has occurred at a time when the country is producing more unicorns than ever before. This combination could yet spell a considerably prosperous era for the burgeoning tech landscape across Tel Aviv and beyond.