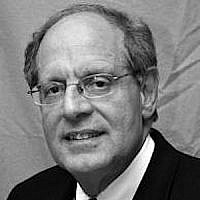 DON’T “START WITH THE JEWS.”

UPDATE: THE BDS VOTE AGAINST ISRAEL IN CAMBRIDGE HAS BEEN POSTPONED DUE TO THE INTENSE LOBBYING AND PRESSURE BY THE JEWISH COMMUNITY.

THE ANALYSIS AND MESSAGES BELOW DELIVERED TO THE MAYOR AND CITY COUNCIL MEMBERS WAS LIKELY KEY TO THEIR DECISION TO POSTPONE. THE COMMUNITY IS STAYING ON ALERT, NOT DE-MOBIIZING, AND CONTINUING TO EDUCATE CAMBRIDGE POLITICIANS.

The City of Cambridge, Massachusetts will decide next Monday, April 23, whether to divest from Hewlett-Packard because, according to the backers of the divestment resolution, HP’s business in Israel makes it complicit with “Israeli oppression of the Palestinians.” Expectations are that the resolution will pass.

There may have been cases where the Council has declared itself against human rights abuses in the Middle East that have nothing to do with Israel, but they’ve never done anything like this — in response for example to the enslavement of blacks by Muslims in Libya, Mauritania, Nigeria, and Sudan, or to the assault on ancient Christian communities — the bombing of churches, the rape of Christian women, even the crucifixions of Christians — Google-able for any who care to see. 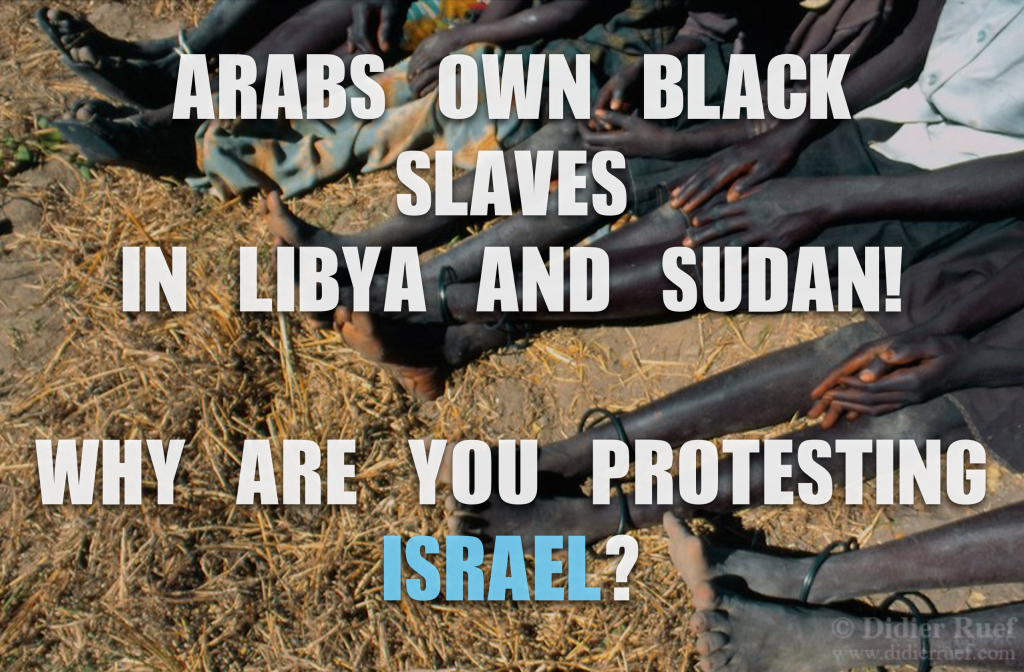 One of a free series of downloadable posters used by activists in Boston’s Jewish community for the April 23 rally; available to the public. (Graphic: Ben Poser)

Neither has the Council considered any actions in response to the Syrian gas attacks, Iran’s hanging of gays, or the assault on the Kurdish people by the Turks. What action has the Council taken about the oppression of women in the region, their genital mutilation, the barbaric stoning when “convicted” of adultery, the beatings they suffer legally from their husbands? Perhaps, if we search, we can find some “statement,” but nothing like this. They’ve never sought to inflict pain on behalf of any people considered as victims. But the Palestinians have their ears. Why? 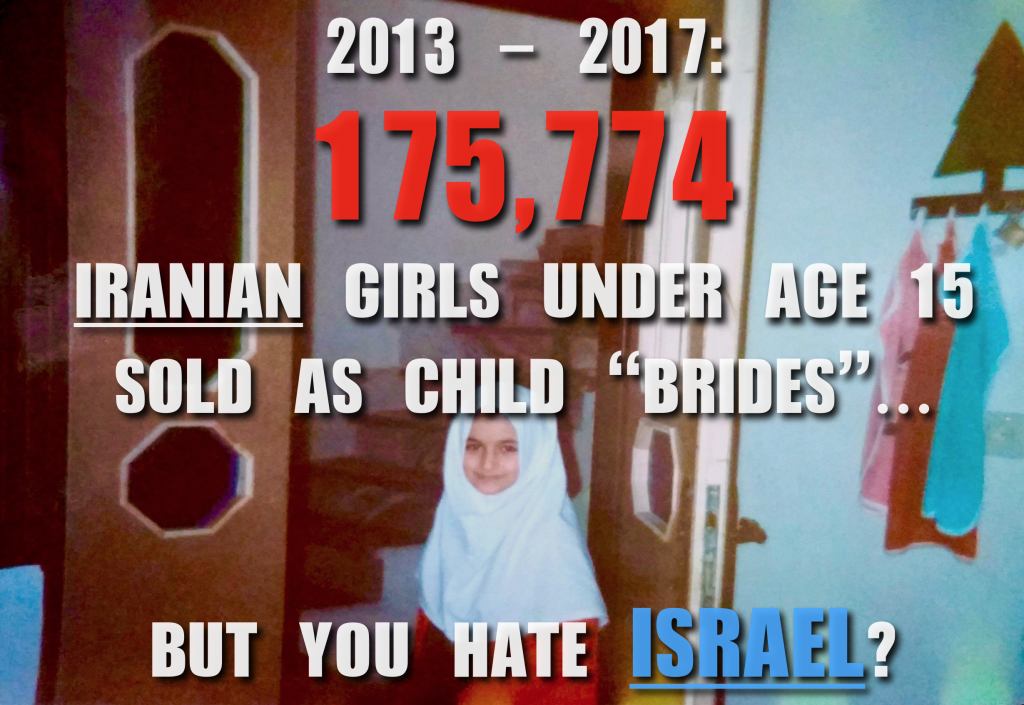 Why has the plight of the Palestinians — whatever its causes — been raised above those whose suffering exceeds theirs by a hundred fold, and whose oppressors are simply and clearly evil? The Cambridge boycott is the work of groups that include Jewish Voice for Peace, the American Friends Service Committee (the Quakers), “Our Revolution,” and Mass Peace Action. It is fueled by a certain rage on the left which hates Israel more than any other nation, no matter what any other nation does. These leftists proclaim themselves to be pro-human rights and anti-colonialist, but they sit quietly by in the face of Turks murdering Kurds, and are mum about the black slaves bought and sold today in the markets in Libya and serving their masters in Sudan. They only get “woke” from this mysterious dormancy, and suddenly remember that slavery, war, and colonialism are bad things, when they think about Israel. Even when “progressives” are coaxed — and they need to be coaxed — to condemn those who actually commit genocide and slavery in the Middle East, they do so without passion. Their visceral hatred, they reserve only for the state of the Jews. They brandish their BDS “human rights” weapon only against the Jewish state — to taint it, to make it alien among the nations.

Why do they hate Israel? Not primarily because they hate Judaism, though many surely do, but because today they class the Jews as “white Westerners,” while these snowflakes, who live, they think, on undeserved wealth and cannot escape the “white priviledge” they think they should despise, adopt the Jews as their scapegoat and loudly proclaim, “Israel is not me. I am the good white guy.” Or in the case of the pathetic, neurotic leftists of JVP, “I am the good Jew.” 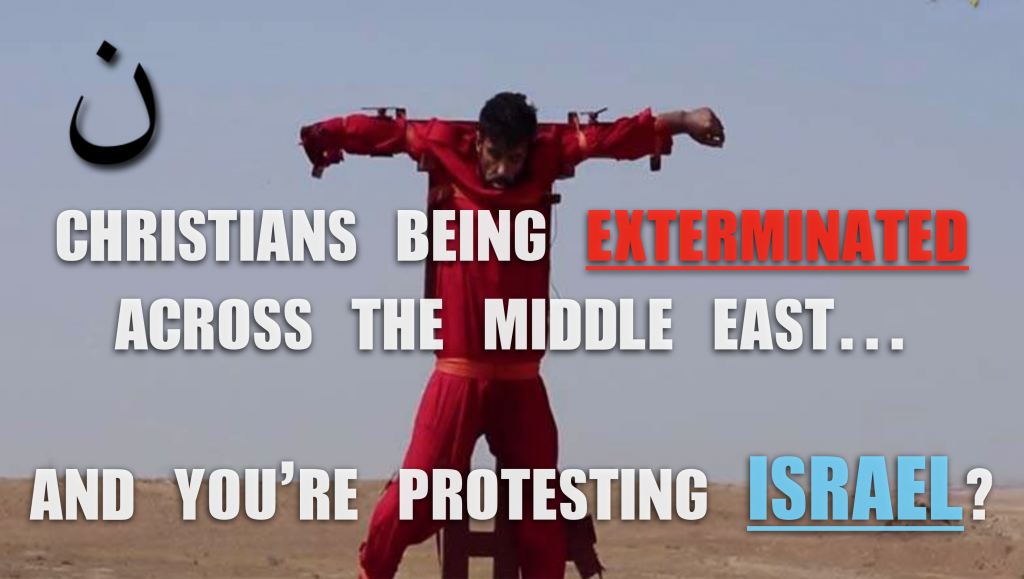 Thus Cambridge may officially join the global attack on the world’s only Jewish state through the Arab-launched BDS movement. The Cambridge boycott is simply a recycling and repackaging of the racist anti-Jewish boycotts launched in the 1920s by the Arab Congress against Jews and those who did business with them as the Jewish people sought to re-establish their homeland in response to the growth of genocidal anti-Semitism in Europe. When the U.S. passed laws that punished states for engaging in the racist anti-Jewish boycotts, the boycott movement was passed on to “NGOs” — non-governmental organizations sparked by or influenced by leftist and Arabist movements.

As the Jews commemorated last week the horrors of the Nazi Holocaust, we were reminded that the Nazi assault on the Jews began with the defamation of the Jews, the boycotting of their businesses, and the punishing of those who did business with them. 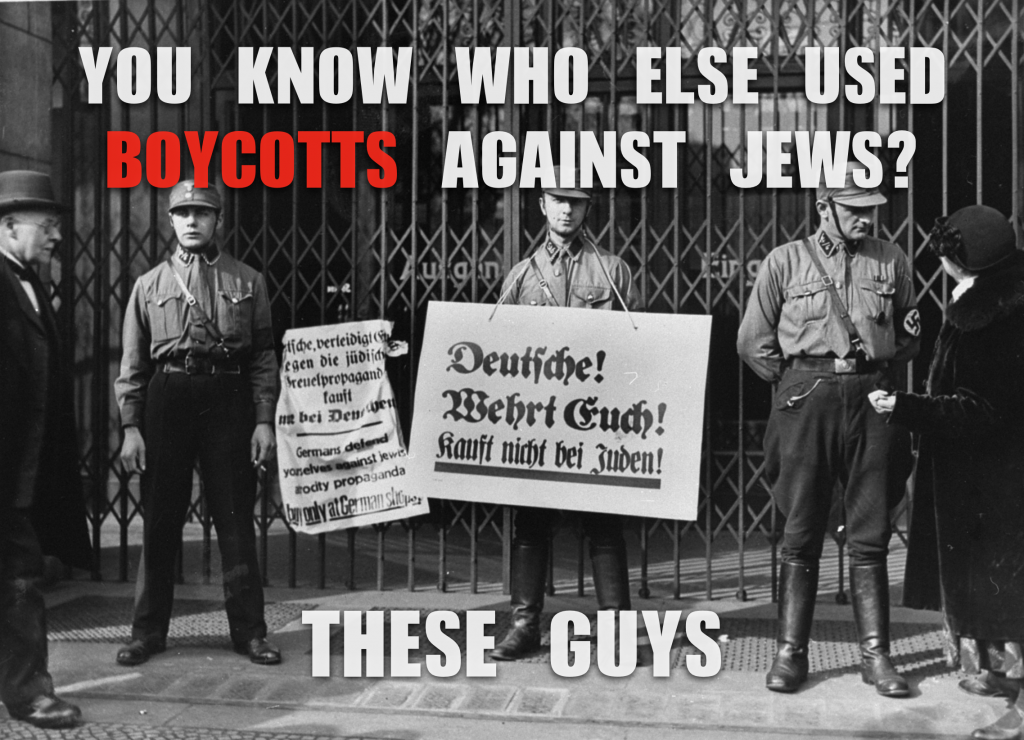 When asked why his organization endorsed the boycott of the Jewish state, even when it knew that Israel’s neighbors have human rights records far worse, Curtis Marez, then President of the American Studies Association said, “one has to start somewhere.”

On Monday, April 23, Boston’s Jews — united as never before — will say to the City Council of Cambridge, who may interpret it as they will: “Don’t start with the Jews!”

About the Author
Charles Jacobs, currently President of Americans for Peace and Tolerance, has founded and co-founded human rights and pro-Jewish organizations. He co-founded the Boston office of CAMERA, Committee for Accuracy in Middle East Reporting in America; As co-founder of the American Anti-Slavery Group, Charles helped redeem thousands of black slaves from jihadi raiders in Sudan for which he was granted the Boston Freedom Award by Coretta Scot King, MLK's widow. He co-founded The David Project to help Jewish students who were harassed and intimidated on campuses across America. Charles has been published in the Wall Street Journal, NY Times, and the Encyclopedia Brittanica.
Related Topics
Related Posts
Comments