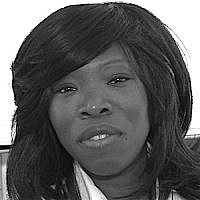 The Blogs
Tsipora Prince Agbodjan
Apply for a Blog
Please note that the posts on The Blogs are contributed by third parties. The opinions, facts and any media content in them are presented solely by the authors, and neither The Times of Israel nor its partners assume any responsibility for them. Please contact us in case of abuse. In case of abuse,
Report this post.

The motto of Prime Minister Binyamin Netanyahu, “Israel is coming back to Africa, Africa is coming back to Israel, which announced Israel’s resolve to strengthen its diplomatic, humanitarian and commercial ties with the African continent, lead to a visit to four African countries.

It would be interesting to see what concrete follow-up will be given to these moving reunions in the media spotlight. Indeed, considering that bilateral trade between China and Africa reaches $240 billion , one would understand why Israel would also want to find its place in a growing market.

The four African countries that the Prime Minister visited are all English speaking countries and/or share historical links with Israel, namely Uganda, Kenya, Rwanda and Ethiopia. Given these countries GDP per capita, according to the IMF classification, visiting these four countries was a smart choice.

Yet, it is also important to factor in global competitiveness. If one looks at the global competitiveness index of the World Economic Forum, the ranking is quite different: Maurice is ranked first, followed by South Africa, Rwanda, Botswana, Namibia, Ivory Coast, Zambia, Seychelles, the Kenya, Gabon, Ethiopia, Senegal, Cameroon, Ghana, Benin, and Nigeria etc. This shows that when it comes to business opportunities in Africa, several countries should be considered, including French-speaking African countries.

Strengthening trade links, is to guarantee commercial relations. One of the tools that international law offers is the conclusion of a bilateral investment treaty (BIT) – an agreement between two countries which sets legal protection for foreign investments. These agreements notably allow investors who are nationals of the other signatory State, to initiate legal proceedings for international arbitration in the event of a breach of the treaty by one of the signatory States, by a mechanism for settlement of disputes between investors and States (ICSID).

To date, a single BIT was ratified between Israel and an African State, Ethiopia. While the BIT with South Africa was signed on March 30th, 2009, ratification by South Africa remains pending. One can only encourage the State of Israel to conclude this type of treaty with the African countries of the East and the West.

Concluding a BIT is not a magic formula and will not reduce the gap between Israel and African countries in terms of trade but it could contribute to a climate of trust, which is essential to develop healthy and lasting commercial relationships. Sub-Saharan Africa is not well known to Israeli economic operators both economically and culturally. Yet, the African business market is a natural one for Israeli startups as regards water, renewable energy, agritech, healthcare, technology, tourism… But Israel would need to learn how to do business in Africa. On the African side, it will be interesting to see how African businesses will manage to enter the Israeli market.

About the Author
Tsipora Prince Agbodjan, a Jewish Israeli, French and Togolese lawyer based in Israel, has founded Prince A. Law, an international law firm dedicated the to business between Israel and Africa. Holding two Masters degrees in international business law and qualified both at France and Israel Bars, Tsipora has an international legal experience all over Africa.
Related Topics
Related Posts
Comments