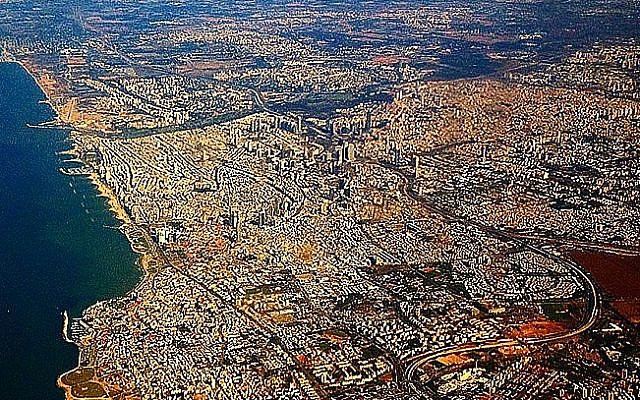 My rebukes of Israeli policy on these and other pages have whipped up a small but zealous army of critics who view me as an inveterate critic with knee-jerk opposition to whatever the country does. They’re wrong.

It’s true that I’ve taken on two policies that in my analysis have put Israel on the path to self-destruction: the melding together of Israel and the West Bank leading to a binational state in which the Palestinians are oppressed; and the status quo with the Haredim which will, by virtue of the sector’s phenomenal birthrate, lead to theocracy and economic ruin.

But the reason to bother with this is precisely because modern Israel is in my view worth saving. I do not consider it the belligerent Sparta that some critics conceive, which puts me at odds with some in the world media. It is also not the Levantine backwater that cynics mock, which puts me at odds with some critics in Israel itself. It is not racist or imperialist (such charges coming from the former USSR are especially absurd). It is a national project which like most has come at a price to others. But it has posted accomplishments few can equal.

What makes a country, honestly? Why should individualists, cosmopolitans, humanists and liberals bother? It is the exception when they should. That bar is high. Many state entities are hard to justify, and if they were replaced by something else it would be no great loss. But if Israel were destroyed, or replaced by a Jewish version of Iran, that would be a terrible shame and the world would be a lesser place. This is my point, and in making it I am exposing myself to a certain degree of disdain, and that is fine.

That the truth of this is not widely understood outside of Zionist circles is a shame. Yet there is a reason: Israel’s qualities have been obscured by its unfortunate policies since 1967 (mostly due to the lack of strategic vision by the right).

So it is worth a few moments of anyone’s time to set the record straight.

To begin with the obvious, Israel’s scientific and technological achievements are astounding.

Israel is responsible for an extraordinary range of innovations, from the discovery of quasicrystals to the understanding of the structure and function of ribosomes, from the Feldenkrais method of exercise therapy to drip irrigation, and from the invention of tiny cameras that can travel through the body (endoscopy) to the development to flexible stents.

The Intel 8088 chip that first powered personal computers was developed in Israel. The leading global ad tech pioneers Taboola and Outbrain are Israeli. Leading internet gaming companies are Israeli. UBQ, a global leader in reimagining recycling, is Israeli. The gig economy behemoth Fiverr is Israeli. Then there is the marvel of the Iron Dome system that zaps incoming missiles out of the sky.

The list goes on and on, it is not normal and is almost beyond belief. Reflecting this, Israel attracts venture capital investments at about a third the rate of the entire European Union with a population 50 times smaller. Israel also has more unicorns (privately-held companies valued at over $1 billion) than all of Europe – nearly 100.

This has driven Israel’s per capita GDP to around $44,000/year, higher at present than that of Britain, France, Spain and Italy (just under Germany and also much of the Nordics but also almost three times that of Greece). It has one of the most stable currencies, lowest rates of inflation and highest foreign reserve levels per capita in the world.

Relatedly, Israel has the 12th highest number of Nobel prizes per capita in the world and the 14th highest number of scientific publications per capita, and publishes more books per capita than the United States, the world’s largest publishing market. It has managed to export innumerable TV formats (from In Treatment to Homeland) and boasts an astoundingly rich music, literature and cinema scene.

All of this is not bad at all for a country whose existence has been challenged by powerful neighbors since day one and which has consequently had to devote outsize resources to defense.

Given that the Jewish population mainly hails from eastern Europe and the Middle East, it is also remarkable that its democracy is rather strong (having recently beaten back a Trump-level challenge from the outgoing Likud administration). Israel’s court system is independent and impartial and its elections are fair and transparent, with no credible claims of rigging or cheating.

Its treatment of the Arab minority is moreover a surprising case of reasonably good karma. This group, comprising about 20% of the population, could hardly be more of a classic potential fifth column: it shares an ethnicity and language with all of Israel’s neighbors which have all been at some point at war with it. In the early years of the state, their communities were under martial law, but at present, they have equal rights (if not equal outcome); they post impressive achievements in medicine, culture, sports and journalism; there is an Arab party in the governing coalition; and despite poor funding levels and terrible police neglect, there is constant improvement. Not great, yes — but very much not bad. Few countries would have handled these circumstances better.

Even regarding the Palestinians, Israel has acquitted itself reasonably well from a historic perspective, despite the current disgrace in the West Bank. Israel accepted the 1947 UN partition plan for Palestine while the Palestinian leadership and Arab countries did not. Israel twice offered the Palestinians an independent state in all of Gaza and almost all West Bank; the Palestinians did not usefully engage. And Israel pulled settlers and soldiers out of Gaza; the territory was swiftly seized by Hamas terrorists.

This history cannot whitewash or justify Israel’s ongoing oppression of the Palestinians; Israel’s armed forces have shown a light trigger finger and its society has been distressingly sanguine about civilian casualties caused in the context of self-defense (in Gaza and Lebanon in particular). But the fact is that despite terrible dangers Israel has agreed to return to borders that would leave it about 10 miles (15 kilometers) wide at its narrowest point — and this is far from nothing. Israel needs to minimize damage to the Palestinians and compensate them within reason, but I have serious doubts that many other countries, faced with the same circumstances, would be more well-behaved.

Israel also presents a model of a spectacularly diverse society whose successful fusion of cultures belies claims of racism.

This is critical because we are living in an age when the question of what is a viable national grouping takes center stage (Is Brexit right? Should Catalonia be independent?). The Jews are not just a religion with a state, as mockers would claim; they are a people who also have a religion for those who want it. But they are also no ordinary people, after two millennia of wandering: many Jewish peoples with a common core have emerged,

The experiment of gathering them together is exhilarating, giving new life to the notion e pluribus unum. Anyone who has been to Israel sees it. And anyone who knows Jewish history must see that the hope for a sanctuary is not insane. The dangers are real.

Few places on the planet are as simpatico as Tel Aviv, with its mesmerizing cuisine and nightlife (and gay scene). Israel has Jerusalem and its holy sites, with equal access (security concerns aside) to all religions. It has a verdant hilly north with skiing and some of the best diving in the south, with spectacular desert canyons in between. Yes, it has too much inequality, but holy smokes: it is a green, yellow and very pleasant land.

I note all this to underscore why the whole improbable setup is absolutely worth saving. And saved it must be, lest its current version vanish from the face of the Earth. But if Israel mends its ways, if Israel opens its eyes, then it might cast a light unto the nations.

This time, for real.