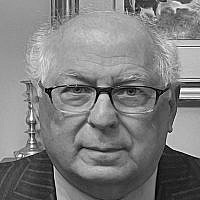 Among all racial and religious groups, Jews remain the greatest hate crime target. There is often an assumption that several different minority populations are the largest targets of hate crimes, a perception sometimes skewed by media emphasis and political narratives. However, the reality is very different.

A better way to evaluate the greatest hate crime targets is to compare the number of DOJ hate crimes for every 100,000 of each group’s population. The chart below reflects selected groups that had been targeted:

Often, hate crimes against Jews do not fit a popular narrative, so the antisemitic reason for the tragedy is whitewashed by law enforcement agencies and newspapers. Such was the case in Colleyville, TX where the FBI and some news media would not originally acknowledge Jew-hatred by an Islamist radical as the cause. Often the identity and background of a perpetrator is omitted unless the person is a white supremacist. Meanwhile, other news media tried to deflect the antisemitic underpinning of this particular hate crime by advancing it as a gun control issue.

Legislating against ideological and religious prejudices, a pre-condition to antisemitic hate crimes, is difficult. However, legislating against the actual behaviors of hate crimes that kill, threaten life, and intimidate is necessary and appropriate. Laws immediately need to be strengthened and enforced, including:  the identification and mandatory reporting of all hate crimes; requiring a profile to assess the perpetrator’s background and motivations; expanding bail/bond requirements; eliminating “own recognizance” releases; and lengthening sentences, especially for repeat offenders. It also means that antisemitic hate crimes, including Title VI campus crimes, need to be relentlessly pursued at the Federal, state and local levels, regardless of political or social pressures.

Though we will not have this past year’s DOJ data until late summer, hate crimes against Jews are expected to swell in 2021 from increased antisemitic and anti-Israel rhetoric in the U.S. that inspired physical attacks on Jews by hundreds of anti-Israel rioters in May last year. The time has come to take anti-Jewish hate crimes seriously with real action, not just words and meaningless resolutions in Congress.