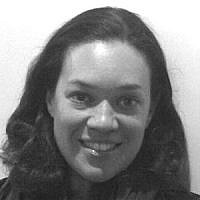 The Blogs
Bracha Hermon
Apply for a Blog
Please note that the posts on The Blogs are contributed by third parties. The opinions, facts and any media content in them are presented solely by the authors, and neither The Times of Israel nor its partners assume any responsibility for them. Please contact us in case of abuse. In case of abuse,
Report this post.

I didn’t move to Israel to become a sports fanatic. Putting a little disk into a net was never a part of my dream. But, as it turns out, my two sons are soulful jocks, and they joyously live out the Zionist ideals of hard work, selflessness, and bravery when they’re playing hockey. It is because of them that I’ve become an unlikely hockey mom.

I won’t lie. I have an agenda. A few days ago, I called the Sports Division of the Jerusalem Municipality and was told: hockey is not a priority for Jerusalem.

I had planned to lodge a modest complaint. The Jerusalem Bears, my sons’ hockey team, is not being allowed to use the Pais Arena’s Iceland for practice, even if they use the ice when Iceland is closed, and even if they pay for the use. But when I heard that my sons’ passion is simply not a priority in this city — I don’t mean not a top priority, I mean not a priority at all — I decided it was time to share the gospel of hockey.

I share it reluctantly, as one might share a secret recipe. There are benefits to being part of an underfunded, underground sport. I know the names and nicknames of all the kids on my sons’ team. I know their parents. We graciously help each other with rides and gear because if we didn’t our kids wouldn’t be able play. But the coziness of this close-knit fraternity limits their opportunities, and it excludes children whose lives might be bettered by hockey.

If the idea of hockey as a tool for betterment sounds laughable to you, then you are probably a lot like me. As a child, I was not merely picked last for teams; I never let myself be in situations in which teams were picked at all. So why is hockey my soapbox? Why do I care that the city of Jerusalem neither invests substantial money in hockey; nor promotes it; nor acknowledges that its hockey club, the Jerusalem Bears, is a worthy enterprise?

Sport is as varied as art. Hockey is as different from other sports as watercolors are from sculpture. If you haven’t watched hockey live, which is the only way I can see the puck, hockey is like keep-away, and hide-and-seek, and you-can’t-catch-me, with incredible speed and contact. There are kids who need that speed and contact. It makes them sane and happy. Hockey is how they learn how to work with others, persevere, and be self-sacrificing. And it is unbelievably cool. When my eldest son puts on his skates, his body is able to move as quickly as his mind, and he becomes the truest, most honorable version of himself. Flying across the rink, he is a modern-day knight of the round table, armored in plastic and foam, wielding a hockey stick in place of a sword.

I was told that hockey is not a priority for Jerusalem because there isn’t enough interest, but considering the number of people who showed up for the Maccabiah ice hockey final, and considering the current mayhem at the Pais Arena, I am sure greater interest would surface with greater infrastructure and education. Jerusalem is a city with many Americans, Canadians, and Russians, all of whom know what hockey is. If they haven’t played it themselves, then they’ve watched it, and it is likely something that they’d like to introduce to their children.

If Itzik Kornfein’s Sports Division at the Jerusalem Municipality doesn’t support hockey because it’s not popular enough, then it should support hockey because hockey is a sport. As such, the Sports Division is the only government body that can support it, and I don’t just mean financially. Take, for example, the Sacher Park roller hockey rink, which has already been built, albeit unevenly. Only the Sports Division has the authority to grant the Bears access to it, so that they can schedule regular practices. Only the city can fix the rink’s lighting and keep the rink locked so that equipment won’t be stolen. At present, the Bears are capable of winning games, but they are unable to host home games.

Led by beloved coach Daniel Ratner, this year the Bears added to their many wins by claiming first place in Premier League roller hockey and second place in National League ice hockey. They are a hockey club that both wins and embodies the values of our city. The team includes players of all ages and genders, hailing from diverse neighborhoods, religious backgrounds, and countries of origin.

Does the Jerusalem municipality know this? It seems like they don’t. Their disinterest in hockey not only hinders its ability to grow as a sport; it hinders hockey’s ability to exist at all. Other cities, such as Rishon Lezion, Nes Ziona, Holon, and Hadera, have practice opportunities and facilities far superior to those in Jerusalem.

This summer, I spent most of my afternoons at the Pais Arena. First, my sons and I watched Maccabiah ice hockey. Now, they practice skating. We are having a blast, but I can’t help but wonder: why did the city bother building a rink of this size if they aren’t going to let their own team use it? And why build it just to tear it down and ignore the interest it has piqued?

Hockey both requires communities and creates them. To me, that’s the great thing about it. Players need teammates, and teams need facilities. They need their city’s support because no one can play hockey alone.

About the Author
Bracha Hermon lives in Jerusalem with her husband and two children, where she works as a freelance editor and writer.
Related Topics
Related Posts
Comments