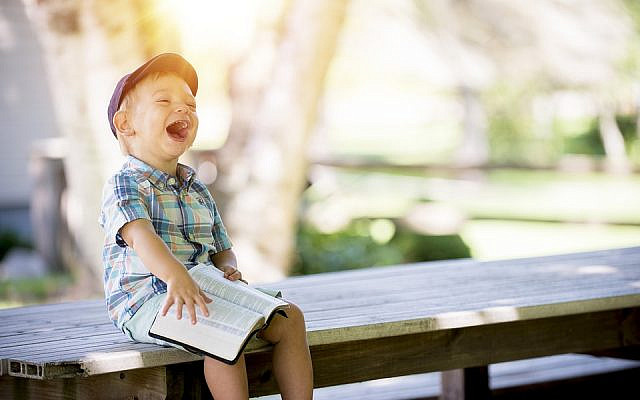 When G-d informed Abraham that Sarah was still destined to produce an heir, his reaction was to “laugh” (va’yitzchak, Gen. 17:17). Similarly, when Sarah heard about this prophecy, she too laughed (Gen. 18:12). Indeed, when Isaac was born, Sarah exclaimed, “G-d is making ‘laughter’ (tzchok) for me; whoever hears will laugh (yitzchak) for me” (Gen. 21:6). In this case, the commentators (Onkelos and Rashi) explain that “laughter” stands for an outward expression of happiness. Because of all this “laughing,” G-d also said that this son will be called Yitzchak (Gen. 17:19) — a name which literally means “he will laugh.” Nonetheless, the Bible refers to this patriarch in a few places as Yischak — a name derived from another verb that means “to laugh.” What is the difference between Yitzchak and Yischak? And what is the difference between tzchok and s’chok, from which those two names are derived?

Throughout the entire Bible, the name Yitzchak for our patriarch Isaac appears 108 times. However, as mentioned before, there are four places in which he is referred to as Yischak. In one place, the prophet Jeremiah refers to the Jewish People as “the seed of Avraham, Yischak, and Yaakov” (Jer. 33:26). In another passage, the prophet Amos foretells of the destruction of the illegal sites of worship, termed “the high places of Yischak” (Amos 7:9), and also offers a legitimate prophecy against Amaziah, the false prophet of Baal, who said that Amos should “not drip [words of prophecy] on the House of Yischak” (Amos 7:16). Finally, the Psalmist speaks of G‑d’s “oath to Yischak” (Ps. 105:9) that the Jewish People will inherit the Holy Land. These are the only four places in the Bible where Isaac is called “Yischak.” [The last passage is customarily recited at the Brit Milah (circumcision) ceremony, while a parallel passage (I Chron. 16:16), recited in the daily prayers, reads “Yitzchak” instead of “Yischak.”]

To understand the difference between Yischak and Yitzchak, we have to first explore the difference between their respective antecedents, s’chok and tzchok. The problem with such a line of investigation is that the major Hebrew lexicographers, such as Menachem Ibn Saruk (920-970), Rabbi Yonah Ibn Janach (990-1955), and even Rabbi Shlomo Pappenheim (1740-1840), explain that s’chok and tzchok mean the exact same thing. Indeed, the letters SIN and TZADI are considered interchangeable because they are pronounced by the same part of the mouth (see also HaKsav VeHaKabbalah to Ex. 25:29), and so it makes sense that s’chok and tzchok would mean the exact same thing.

Rabbi Pappenheim explains that the core meaning of s’chok/tzchok is “laughter” as an involuntary reaction to some sort of outside stimulus — whether one is physically tickled or simply encounters something humorous. Both words carry positive (“laughing,” “playing,” “enjoying”) and negative (“deriding,” “mocking”) connotations. As Rabbi Samson Raphael Hirsch (to Gen. 21:6) explains it, those two meanings derive from one singular idea because “mockery/derision” refers to the use of sarcasm and irony to elicit laughter — i.e. getting somebody to “laugh at” someone or something (see also Malbim to Judges 16:25).

As an aside, Rabbi Hirsch (to Gen. 17:7) invokes the interchangeability of CHET and AYIN to explain how tzchok/s’chok is related to tzaakah/zaakah (“crying out”). He notes that these four roots all represent man’s reaction to the dissonance and incongruence of certain situations. When we perceive a situation in which there is a disparity between what we have beheld and what our expectations are, then there is room for one of two reactions: to laugh or to cry. They are two sides of the same emotional response. Using the examples that Rabbi Hirsch himself mentions, when we see a child wearing a wig like an adult, we might laugh, while when we see an elderly person wearing a diaper like a child, we might cry. Laughter and crying are ways for us to reconcile what we see with what we expect. (Rabbi Pappenheim makes a similar point, but without comparing the etymologies of the terms in question.)

In short, there seems to be no semantic difference between s’chok andtzchok. Now, the Jerusalem Talmud (Berachos 1:6) teaches that Isaac’s name — unlike Abraham’s and Jacob’s — was never changed, because his name was given by G-d Himself. This source clearly assumes that the names Yischak and Yitzchak are essentially one and the same, just like s’chok andtzchok are one and the same. Of course, this brings us to the obvious question: Why then does the Bible sometimes say Yischak and sometimes Yitzchak if both spellings are really one name? This question leads us to search for more esoteric ways of understanding Isaac’s two names.

Rabbeinu Bachaya (to Gen. 17:19, Num. 32:3) writes that Isaac’s name is really Yitzchak, but the prophets sometimes spelled his name with the letter SIN/SHIN to allude to the fact that Isaac personifies the Divine trait of judgment, which is likened to a “raging fire” (aish). We can further add that Rabbi Pappenheim maintains that the word aish is derived from the monoliteral root SHIN, thus solidifying the connection between the variant spelling of Isaac’s name and the Divine trait that he represents.

Interestingly, Rabbi Shmuel Feivish Kahane (a 17th century sage), in his work Leket Shmuel, offersthe exact opposite explanation. He writes that Isaac’s name should have really been written as Yischak, not Yitzchak, but since the presence of the letter SIN/SHIN would have alluded to raging judgment from which the Jewish People would have no possible recovery, the Torah instead spells the patriarch’s name with a TZADI instead of a SIN.

Another approach suggests that Isaac’s name (or at least the way it is spelled) changed or will change. For example, Rabbi Yehuda Moscato (1530-1593) writes that in the future Isaac’s name will change from Yitzchak to Yischak, because the letter SIN stands for the concepts of sasson and simchah (different forms of “happiness”). He writes that this new name only appears four times in the Bible as a hint to the fact that it will appear only after the Jewish People had already completed four exiles.

Rabbi Shmuel Borenstein (1855-1926) uses a variation of this idea to reconcile an apparent contradiction in traditional sources. The Talmud (Berachos 61b) and Sefer Yetzira (ch. 5) imply that the spleen corresponds to man’s ability to engage in “laughter” (s’chok), while the Tikkunei HaZohar (Tikkun #84) associates the spleen with “sadness.” To resolve this contradiction, Rabbi Borenstein stipulates that there are two types of laughter: legitimate, holy laughter, versus illegitimate, impure laughter. The former is essentially something reserved for the future, as it says “Then [in the Messianic Era], our mouths will fill with laughter (s’chok)” (Ps. 126:2). Until then, most laughter is but an illusion intended to mask one’s sadness and despondency. Accordingly, the spleen can be associated with both “laughter” and “sadness” if we assume that the type of laughter it characterizes is the illegitimate laughter of This World, which is merely a cover for “sadness.”

Rabbi Borenstein explains that in the future, when schok will denote a legitimate expression of laughter, the patriarch Isaac’s name will transform from Yitzchak (which is associated with only the holy type of laughter) to Yischak (which is derived from the formerly unholy form of laughter). [The Arizal (Shaar HaPesukim to Isa. 52:3) also offers an explanation of the Yitzchak-Yischak switch. 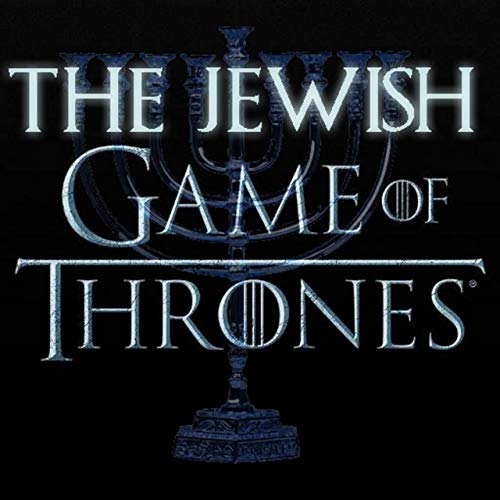 In other sources, it seems like Isaac’s original name was Yischak and it was later changed to Yitzchak. These sources relate that when the Jews cried out to G-d during their exile in Egypt, He asked the forefathers which of them was willing to sacrifice the numerical value of their name in order to save the Jewish People. It was the patriarch Isaac who stepped up to the plate, and he allowed G-d to change the SIN (which holds a numerical value of 300) of his name Yischak into a TZADI (which equals 90) to become Yitzchak. The difference came out to 210, which is why the Jews were redeemed from Egypt after an exile of 210 years. [This tradition is cited in numerous works, including Imrei Noam to Ex. 6:2, a source that is called the Rosh (to Ex. 6:1), Siddur Rokeach, Be’er Mayim Chaim to Gen. 15:13, and Leket Shmuel to Gen. 25:19.]

The Vilna Gaon (1720-1797), in his commentary to the Kabbalistic work Safra d’Tzneusa (end of chapter 3), writes that each of the three patriarchs of the Jewish People had two names — a Lower Name and a Higher Name. In light of the above, we can now better appreciate the Vilna Gaon’s assertion: Just as Abraham was called both Avram (lower) and Avraham (higher), and Jacob was called both Yaakov (lower) and Yisrael/Yeshurun (higher), so did our middle forefather, Isaac, have two names (or at least two spellings of his one name): Yitzchak (lower) and Yischak (higher). Sefer HaShem (a work ascribed to the Rokeach) fascinatingly notes that the sum gematria of the names Avraham, Yischak, and Yeshurun equals 2448 (assuming a final MEM equals 600 and a final NUN equals 700) — the year when the Torah was given at Mount Sinai.

This article is Leillui Nishmas Reb Zvi Eliezer Moshe Ben Aharon Yosef (Dr. Tzvi Feintuch) who was the impetus for this article.