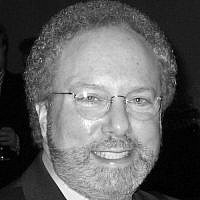 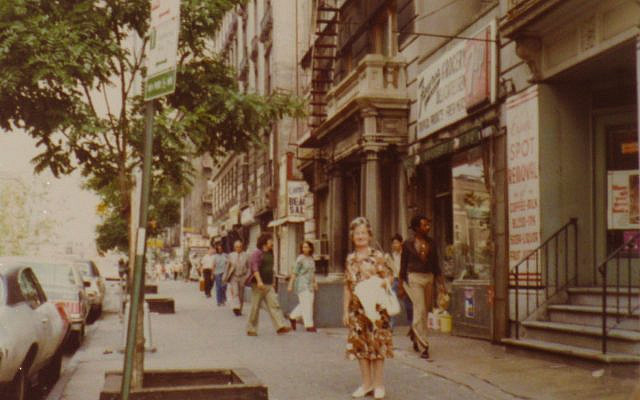 (New York Jewish Week via JTA) — Several years before skyrocketing to superstardom with “Hamilton,” Lin-Manuel Miranda wrote the music and lyrics for the exuberant Broadway musical “In the Heights.”

In the last act of the stage production, a salsa-flavored celebration of the Latino community of Manhattan’s Washington Heights neighborhood, a sign for “Rosario’s Car and Limousine“ service is taken down. Beneath it is the faded word “Bäckerei,” German for “bakery.”

It is the only reference in the play to the heyday of another immigrant group that settled on Manhattan’s northern tip: German-Jewish refugees and Holocaust survivors, about 20,000 strong.

When Miranda spoke to The Jewish Week in 2008, he said he wasn’t aware of the German-Jewish presence when he wrote the first draft of “In the Heights” as a Wesleyan University sophomore.

“But the summer after I wrote it,” he recalled, “I got a job at the Manhattan Times. I started writing articles, and I learned a lot about the history of our neighborhood. I saw that even if there were no Latino people in Washington Heights, it would still be a classic immigrant community, given the large numbers of German and later Russian Jews.”

The multiple Tony Award-winning show, which ran on Broadway from 2008 to 2011, has now gone Hollywood, with the film version making its COVID-delayed debut on Friday. It is a good time to remember Washington Heights for what it was and is, and the role it still plays in the New York Jewish narrative.

While I never lived there, my mother’s German-Jewish family did, following their escape from Nazi Germany in the 1930s, and after some years living in the East Bronx, just across the Henry Hudson Bridge from the Heights. I spent my childhood visiting my grandmother and her sister at 812 W. 181st St., along with countless other relatives in the surrounding area.

A typical day might include a stroll down the block to Gruenebaum’s bakery for lebkuchen and water challah, as well as a stop at Bloch and Falk for kosher aufschnitt (cold cuts).

Along the way, we’d pass friends sitting outside on folding chairs reading the German-language Aufbau newspaper or bouncing grandkids on their knees and reciting “Hoppe hoppe, Reiter” (Hop, Hop, Rider!). 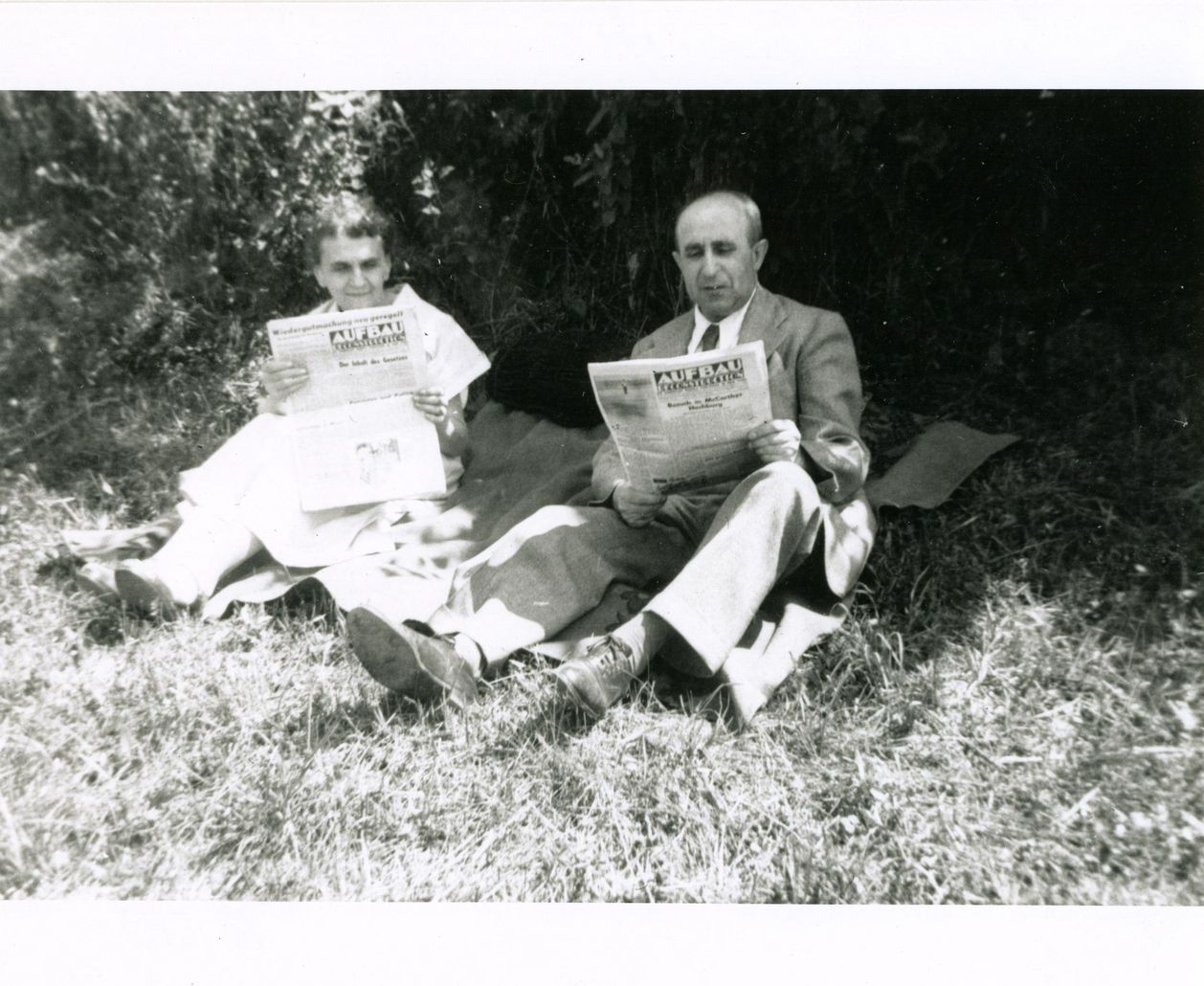 In 1953, a couple reads the Aufbau, a German-language Jewish newspaper published in New York until 2004. (LBI Archives, Herbert Buky Collection)

In a 2020 exhibit titled “Refuge in the Heights,” the Leo Baeck Institute in Manhattan recalled how the neighborhood in the shadow of the George Washington Bridge was, for German and Austrian Jews fleeing the Nazis, “fertile ground upon which to build new lives.”

“In the Heights, refugees saw familiar names and faces, German-speaking businesses and clubs, and Jewish institutions established by those of East-European descent who had made their way uptown in the years prior,” according to the exhibit. “By the end of the 1930s, approximately 37 percent of Washington Heights was Jewish, most German-speaking.”

The area long had a Puerto Rican and Cuban component, but the large influx of Dominicans beginning in the mid-1960s turned Washington Heights into “Quisqueya Heights” — an indigenous name for what became the Dominican Republic. While many of the older Jewish immigrants stayed put, their children and grandchildren joined the Jewish exodus to the suburbs. Slowly the Bachenheimer and Nussbaum families were replaced by the Benitez and Nunez clans. Synagogues closed, the Aufbau gave way to the Dominican Times News and it became easier to score an empanada than a Sachertorte.

The late Dr. Steven Lowenstein, author of “Frankfurt on the Hudson,” the definitive book on the German-Jewish culture of Washington Heights, told me in 2008 that the population change was a prime example of “ethnic succession.”

“It’s a cyclical thing,” explained Lowenstein, a distant cousin of mine, who grew up in the Heights, “and in general, memory of the previous ethnic group fades quickly. In this case, there was much hostility to the German Jews at first from the Irish population, but fewer problems between the Jews and Hispanics. They didn’t mix a lot, but there never was that much tension.”

The tension in recent decades has been sparked by the area’s gentrification, which is pushing out Dominican families who have lived there for generations. Many young Jews are again calling the area home, either attracted (for a time) by affordable rents or the proximity to Yeshiva University.

Miranda captures the dreams and frustrations of this barrio in transition in music and words filled with warmth and pride, and it all seemed strangely familiar to me when I first watched the play. That didn’t surprise him. 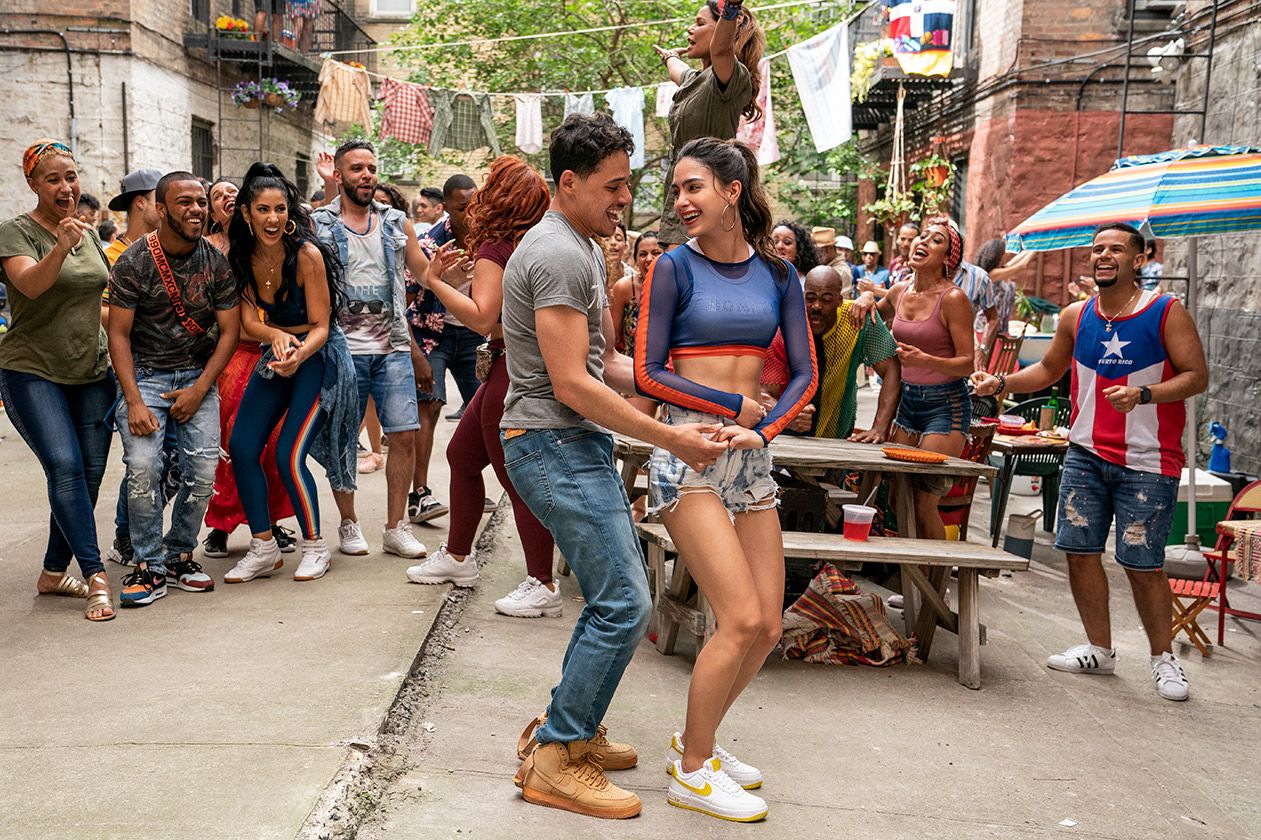 Anthony Ramos and Melissa Barrera star in the film version of ‘In the Heights’ based on Lin-Manuel Miranda’s Broadway musical about the Washington Heights neighborhood of Manhattan. (© 2021 Warner Bros. Ent. via JTA)

“What’s wonderful about it,” Miranda told The Jewish Week during the 2008 run, is the “older [Jewish] women who come up to me after the show and say ‘I lived on 173rd and Pinehurst in 1943, and it felt just like that.’ We all have immigrant parents and grandparents who did a difficult job that nobody wants to do, so that their kids could do better. And people are responding to the universal nature of that.”

The German Jewish “Breuer” community remains a presence in Washington Heights, along with a separate Jewish influence from Yeshiva U., but I know I won’t be able to find any bottles of my Oma Jenny’s beloved “himbeersaft” (raspberry syrup) among the “Productos Tropicales” now sold in the bodegas of St. Nicholas Avenue.

She moved out of the area in the 1980s, but one great-aunt remained in her apartment on 180th Street until her death in 2004 at age 95. When I asked Tante Herta if she minded being the very last “yekke” in a building then filled with Dominicans, she said, “Why should I mind? They’re nice people, and very nice to me.”

Perhaps she saw in their lives a reflection of her own family’s struggles. Or, as Miranda put it, “At the end of the day, it’s an immigrant community, no matter which immigrant group it is.”