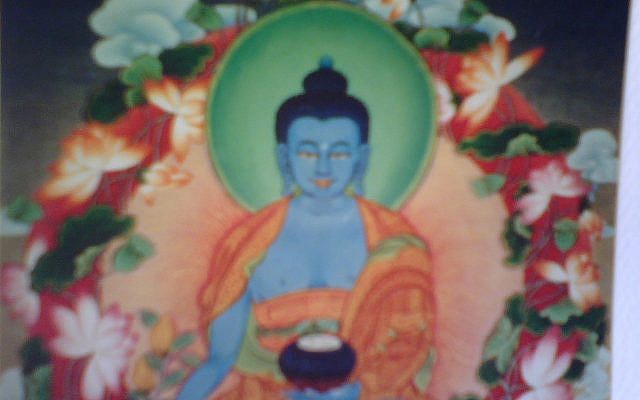 2D compassion for a 3D world

I have conceived a prejudice against 2D people. I’ve tried to keep an open mind, but there’s just too many of them. Also, it’s more taxing to interact with them, even to hold a simple conversation, for some reason. They seem to be acutely aware of, maybe more reactive to, our lapses of attention. Have you noticed? That’s not to say that they necessarily take offense, but they know. And it’s awkward. You can’t offer them curiously strong breath mints, even though you’ve given them to everyone else in the room. That’s also awkward. A whole lot of backpedaling, Ah well, er, I’ll give you one when you you’re 3D. Imagine how that must feel to the poor beleaguered 2D soul. The whole time these transactions are going on you’re constantly aware of being forced to decide–am I gonna look at ‘em or not? As JP Sartre so aptly points out, the longer you wait to decide if you’re going to look at a 2D person, the more deeply you fall into inauthenticity. Damned awkward! Of course Sartre was talking about putting a hand on a pretty girl’s knee and then having to decide how long he could wait to take it away before she can unequivocally say he’s just he’s just a creepy old French perv. Matter of fact, I have it on good authority, Simone de Beauvoir I believe, that the old perv pretty much spent the entire time he was giving a reading or a talk casing the place for a pliant and attractive female victim. But I digress. Though maybe not. After all, for the man on the make, is the girl in question any more than a 2D object? The two dimensions being a) physical presence in the room and b) having female genitalia. That too according to Simone de Beauvoir. Maybe that’s the reason Sartre opined “Hell is other people.” Most of them wouldn’t let him diddle whoever he wanted, ibid. de Beauvoir.

So that brings us to the subject of dead cats. The hell you say? You heard me, dead cats. There’s always room for a disquisition on dead cats, whether you’re talking quantum mechanics, viz. Shrödinger, or the New York Stock Exchange, ie. “dead cat bounce.” Can you imagine? I suspect Shrödinger, purveyor of perhaps the most famous dead cat in modern history, had gone on holiday in Venice and was repulsed by the ubiquitous feline presence. His revenge? The poor creature is sentenced to an eternity under the quantum mechanical Sword of Damocles. The stock market ditty, on the other hand, was likely coined by some admirer of Ivan the Terrible, who scooped Shrödinger in the dead cat business 400 years earlier. However, he used actual cats, not the 2D variety employed in the schematics of the felinomisiac physicist. You see where I’m going with this? Ivan was dubbed terrible because he did terrible things to real 3D cats, and people. But four centuries later did anyone dub the deriver of the wave equations “Erwin the Terrible.” No they did not. Why? Because the cat he chose to persecute was of the unfortunate 2D variety. This elicits a far less robust compassion response in the average reader of quantum mechanical treatises.

What may we conclude from this? That quantum physicists are a generally callous bunch? Perhaps. And stock market traders not far behind? It is not hard to imagine some of our Wall Street brethren as secret fans of Ivan the Terrible. But more to the point, it is a 2D representation of the aforementioned bounce that graces the pages of The Wall Street Journal and every other repository of stock market reportage. What happens to 2D creatures simply does not matter. Q.E.D. Now you may say a dead cat catches no mice, a catchy phrase, with which I would have to agree. But need we speak of it? Surely it’s unnecessary to malign the poor 2D creature that inhabits the very pages which you read. It really doesn’t stop. As we gaze out upon our world it is not difficult to discern that 2D beings are faring poorly all over the globe. There are the 2D Ukrainians, and the 2D Syrians, and the 2D masses of the Indian subcontinent, and the 2D Afghanis, 2D Yemenites, 2D South Sudanese, and the list goes on and on. And of course there are all the 2D critters who are facing extinction if they haven’t already met that fate. That includes the entire 2D human population, which of course you could never experience in 3D, that nonetheless is facing dire circumstances in the not-so-distant future as the whole 2D planet succumbs to the 2D inferno of global warming. Perhaps the 2D dictators will take us out and save our 2D souls from future misery.

Exhausting really if you think about it. Luckily we don’t have to. We can close our laptops and ignore the whole blinking 2D world. As for me, I’m headed for the backyard where our 3D dogs have made a real 3D mess. And my 3D wife is out there tending her 3D bees. This morning we had a terrific 3D breakfast with our 3D grandchildren. And tonight, after a real 3D dinner, we’re hopping into our 3D car and driving into the 3D city to hear an honest-to-God 3D concert given by the 3D girl-next-door and her 3D musician friends. Yes, I freely admit, it’s far easier to muster up 3D responses to the far smaller 3D world than it is for the vast and trackless 2D reality that spans the internet and beyond. I’m not proud of my prejudice, but I figure that admitting it is the first step to overcoming it. I mean, to be fair, it wasn’t until the 14th Century that we really got the first inklings of the 3D perspective. Meanwhile vast 2D armies were bent on wiping each other out. So maybe, just maybe, as we get better and better at this whole 3D perspective thing, we may develop the capacity to welcome all the poor and downtrodden denizens of the 2D world into our 3D hearts. Of course there’s always the matter of single-point versus two-point perspective, but that’s for a more advanced discourse. 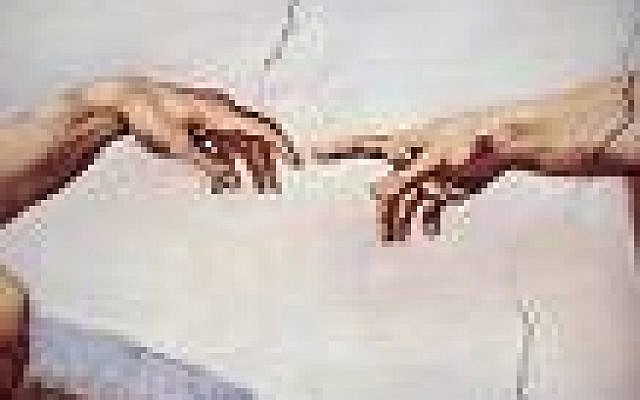 About the Author
Michael Diamond is a writer based in the Washington, DC area. He practices psychiatry there and is a doctor of medical qigong. He has published verse, fiction and translation in Andrei Codrescu’s journal, The Exquisite Corpse; in the journal Shirim courtesy of Dryad Press; in the online journal for Akashic Press; in New Mexico Review, The Deronda Review, The Atherton Review, The Blood Project and in The Journal of the American Medical Association. He lives in the suburbs with his wife, an artist and illuminator of Hebrew manuscripts, their dog, two cats, a cockatiel named Peaches, a tank of hyperactive fish and ten-thousand honeybees. He has had a strong interest in Torah since first exposed to traditional stories as a child. Over the course of his life he has run the gamut of spiritual exploration of many world traditions of meditation and mythology. For the last several decades he has landed squarely in the traditional Jewish world. His writing is informed by all of this experience, by his curiosity about today's world and by his desire to mine the Jewish experience for its hidden and revealed wisdom. Torah Obscura, a glimpse of an otherwise invisible world afforded by a small aperture for light. All materials herein copyright © 2018 Michael S. Diamond. All rights reserved.
Related Topics
Related Posts
Comments