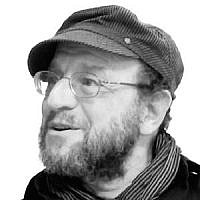 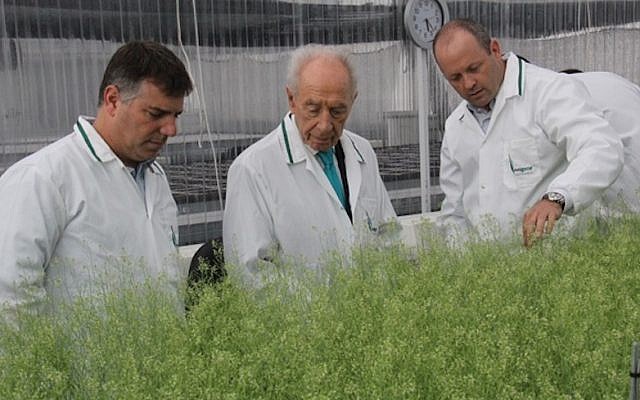 In Perek Helek, the final chapter of Tractate Sanhedrin (98a), famous for its discussions of eschatological issues, we find a focus on the speed of Messiah’s arrival (or lack thereof).

Rabbi Joshua ben Levi juggles two sets of seemingly opposite prophecies. In the first opposition, we have Isaiah (60:22) prophesying: “In its time, I will hasten it.” Which is it? Will the redemption be on time or speeded up? Rabbi Joshua ben Levi reconciles the two by saying that this depends on the merits of Israel. If they merit, it will be accelerated; if they do not merit, it will be on schedule.

Next, the Rabbi is bothered by the discrepancy between Zechariah and Daniel’s visions. Daniel (7:13) depicted the Messiah “coming with the clouds of heaven like a son of man.” The implication is, as Rashi put it succinctly: “Bi-mehirut.” (“With speed.”) Zechariah (9:9), on the other hand, pictured a plodding Messiah, “poor and riding on a donkey.” Rashi supplies the key word: “Be-‘atslut.” (“With lassitude.”) Once again, Rabbi Joshua ben Levi judiciously mediates between the conflicting reports: “If they merit, ‘with the clouds of heaven’; if they do not merit, ‘a poor man, riding on a donkey.’”

This segment of the Talmudic discussion is fairly well known. It is the third and final paragraph of this seminar on Messianism, which though less quoted in the literature, may prove most fascinating.

Shabur Malka (King Shapur I) said to Samuel: “You say that Messiah comes on a donkey. I will send him a lightning-fast horse (susa barqa) that I have.”

Samuel replied to him: “Do you have one of a thousand colors?”

Rashi fleshes out Samuel’s retort: “Do you have a horse of a hundred colors such as Messiah’s donkey?”

(The discussion between the Persian king and the Babylonian sage took place in Farsi. Where Rashi has a hundred colors, we will adopt Rabbi Nathan ben Yehiel of Rome’s more precise translation from the Farsi “khar hazar gawna” [“a donkey of a thousand colors”]. Thus Samuel replied: “Do you have a donkey of a thousand colors?” See ‘Arukh, s.v. khar; and Kohut, Aruch Completum, Part Four, Vienna 1891, p. 178.)

Rashi sums up by saying that Samuel pushed back with any old response. In other words, Shapur was being cynical about the Jews’ belief in Messiah and he received from Samuel an equally flippant reply. Evidently, Rashi did not attach much significance to the variegated donkey.

While Rashi left it at that, one of our greatest theologians, Maharal of Prague, took up the challenge: “And I say that [Samuel] returned to him a very deep wisdom by saying that it has a hundred colors” (Maharal, Hiddushei Aggadot ad loc.). Emboldened by Maharal’s example, let us re-examine the dialogue or religious disputation between Shapur and Samuel.

Shapur offers his lightning-fast steed (susya barqa). This is tantalizingly reminiscent of Al-Buraq, the flying horse of the Islamic hadiths. (The remarkable linguistic similarity was duly noted by the lexicographer Alexander Kohut. See his Aruch Completum, Part Two, Vienna 1878, p. 201, s.v. barqa 4.) In Greek mythology, there was Pegasus. Scholars assume that Islamic tradition drew on older myths. Perhaps Shapur’s susya barqa prefigures Muhammad’s Al-Buraq (from the Arabic barq for “lightning”). Assuming the identification is correct, this Persian Pegasus travelled from Iran to the Arabian Peninsula where it became the vehicle for Muhammad’s night journey and ascent to heaven. Later with the Islamic conquest, Al-Buraq returned to Iran, where it figures prominently in Persian iconography.

The Sasanid monarch was chiding the Jewish People for their Messiah dragging his feet, so to speak. Samuel revealed a dimension of the Messiah of which the king was totally unaware: The donkey of Messiah possesses a thousand colors.

What does the donkey of Messiah symbolize? Rav Kook, in his eulogy for Herzl the man (and Zionism the movement) explained that the hamor of Messiah is the homer, the raw material, the naturalistic setting which serves as the vehicle of the redemption. (Earlier, Maharal made the connection between hamor and homer; see Netsah Yisrael, chap. 36 and Hiddushei Aggadot Maharal, Sanhedrin 98.)

There were sages who whimsically exclaimed: “Yeitei ve-lo ahmineh!” “May Messiah come and may I not see him!” (b. Sanhedrin 98b). The advent of Israel’s redemption will be fraught with such trials and tribulations—“hevlei Mashiah” (“birth pangs of Messiah”)—that more than one sage dreaded to see Messiah in the flesh.

For Rav Kook, secular Zionism, with its emphasis on the material aspect of nationhood, was the symbolic “Donkey of Messiah.” And if Rav Kook’s unpacking of the Messianic mythos is on the mark, then a “donkey of a thousand colors” is a State of Israel which is variegated.

Recently there was revealed to the outside world Rabbi Nahman of Breslov’s Scroll of Secrets (Megillat Setarim). This is the great Hasidic master’s prophecy concerning the Messiah. The document, heavily encrypted, was handed from generation to generation within the confines of the tight-knit Breslov community. Recently, Zvi Mark gained access to the Scroll and published it in book form. Initially, the Scroll elicited disappointment. Readers expected that Rabbi Nahman, like Nostradamus before him, would assign dates or perhaps precise coordinates. Actually, Rabbi Nahman provided us with something more valuable: a glimpse into the “thousand colors” of the Messiah. Patterned after the paradigm of King Solomon and to an extent Rabbi Nahman’s own personality—as Professor Mark observes—the Messiah envisioned by Rabbi Nahman exhibits genius in many different fields. He excels in realms as diverse as Halakhah and horticulture, medicine and music.

When we extrapolate to the collective “Donkey of Messiah,” the modern State of Israel, we discover that it too is at the forefront of multiple fields of endeavor: agriculture, medicine, the military, music, and cyber-technology, to name a few.

Israel’s redemption is no flying horse, no susya barqa. It is in Kookian terminology, a tahalikh ha-go’el, a redemptive process, slow and arduous. But it has something unknown to the King of Persia. Our redemption is a polychromatic phenomenon. “A donkey of a thousand colors.”