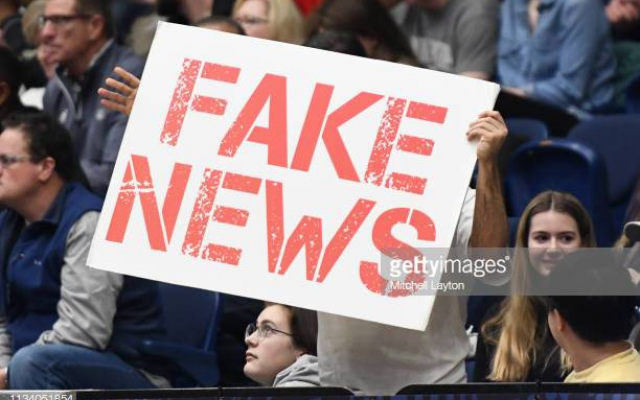 Some really believe that US President Trump was joking about his heart attack scare when he tweeted a picture of his beautiful chest. Not only was the pic doctored, so was the president. The clinically obese president knows nothing about anything so he may also think that a muscled chest means no danger of heart attack. 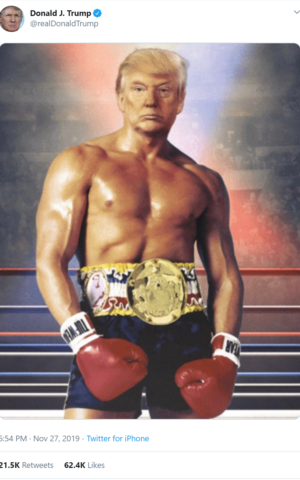 But I think that there is more to this. He’s so full of admiration of all these macho statesmen and is trying to imitated and outdo his boss Russia dictator Putin, here also seen shirtless.

This popular Russian pic could be his real dream but is phony too: 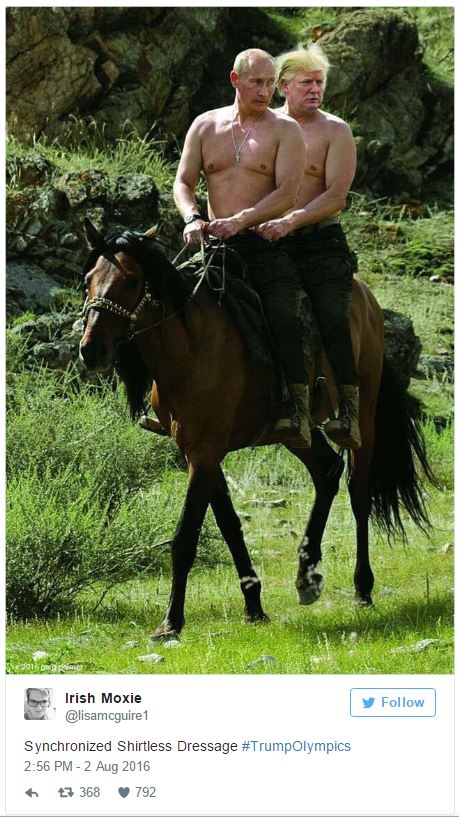 After the fake world of Hollywood gave birth to the fake president Reagan (his wife was really the president), modern time of vital ‘reality’ has produced a virtual president.

American Jews who celebrate Thanksgiving tonight: don’t forget to say the really Jewish thanksgiving too: Half Hallel for Rosh Chodesh.

And as long as there are repressive regimes in Asia Minor and Mainland China, maybe you should hold off on the Turkey and eating takeaway.